Today we introduce the Surly Pack Rat! Our newest bike was designed to help you get where you need to go with what you need on a front rack:

When this project started, we didn’t set out to make a new bike, we set out to see if a bike dedicated to a front load would have enough merit to stand on its own in an already diverse lineup, because as many of you already know, one of our current bikes + our 24 pack rack + a basket is a pretty dreamy thang. We started with some prototypes. We bent, we tweeked, we welded, we cut, we wiggled, we straightened. We made some ground, lost some ground, advanced, retreated. We circled. We found a sweet spot. We found something we weren’t sure we would when we set out. Something unique. At that point we decided to go forward with the bike. We started going to meetings. We started fighting over names and colors.

The Pack Rat is different than our other bikes because it’s dedicated to the specific program of riding with a front load. It’s dedicated to riders that want to bring a day’s worth of stuff with them and keep an eye on it during the trip, hell maybe even paw through it on the way there. Will it be better for you than your current bike? Maybe! I’m hoping reading through this will help you out with that decision and get you out to the dealer for a test ride.

Surly stuff is always kinda weird and every introduction provides the challenge of giving insight into our process and why we made something. How we ended up with this weird thing that we made not to be weird, but to be something new. Something better, for some. How to defend our process and our stance without going down wormholes and, ummm…. Oversharing. So let me try.

First off - It’s hard to talk about a front load specific bike without bringing up Randonneuring:

Randonneuring is an old tradition that brings up visions of sharply dressed riders zooming through the countryside aboard pastel and chrome bicycles, bespoke handlebar and seat bags bursting with the choicest of sundries (drugs of choice, snacks of choice, and sunscreen if you’re smart), and the freedom that comes with self-supported adventure.

A Rando bike is a bike specifically made for such a thing, and commonly feature drop handlebars, 650b wheels, dynamo hubs and lights, and riding geometry tailored for going as fast as you can for an extended period of time with what you need strapped to your bike. Somewhere between a touring bike and a road race bike, you don’t need a Rando bike to be a Randonneur, but the romance of a specifically tailored bike is real and I’ll be damned if they don’t look cool.

Is the Packrat a Rando bike?

Hell yes! But we’d rather leave titles out of this. Randonneuring is a specific program of use and the title of Rando bike carries certain traditions and expectations which the Pack Rack deviates from. We deviated from the standard recipe because we found something that we think works better! For better or worse, Surly is not a cover band- We have always done our very best to throw expectations out and create the best stuff we can. Besides, doesn’t the world have enough titles and enough rules already?

How does the Pack Rat differ from a typical Rando bike?

One feature which is attributed with a de rigueur Rando rig is “Low Trail” geometry. For those unfamiliar with the term “trail” in the context of riding geometry, trail is a number that is derived from tire size, head tube angle, and fork length and offset. This number is often used by engineers and other experts to attempt to smugly quantify the very qualitative experience of how a bike handles. Numbers don’t lie and experts are great, but it takes curiosity to improve something. I’d like to caution you about placing too much faith in numbers for certain things - there are some correlations that hold true and shine a light on the mysteries of our universe, but others are little more than a soggy line of security thrown overboard to drag you to shore in lieu of swimming on your own. If you have found meaning in geometric charts and patterns, or staring into crystals, or staying up late eating ice cream and reading science fiction, keep that up, but please give others room to find their own truth. The fact is, two bikes with the same trail can ride very differently and two identical bikes can handle differently for different people. So.

After a significant amount of blind ride testing, our test crew preferred riding geometry that wasn’t low trail at all. We preferred low-ish offset forks across the board and the most favored setup was a pretty steep 74 degree head tube angle with a standard 44mm offset fork.

My only explanation is that if you add a front load to your current bike, you will probably notice the load. It effectively dampens the bike’s steering, slowing it down and increasing the effort and attention needed to make the small corrections you constantly make with your hands, hips, and whole body while balancing a bike. This makes starting and stopping, looking behind you, and riding no-handed for any reason take an extra amount of concentration, exactly when you are trying to concentrate on something else. 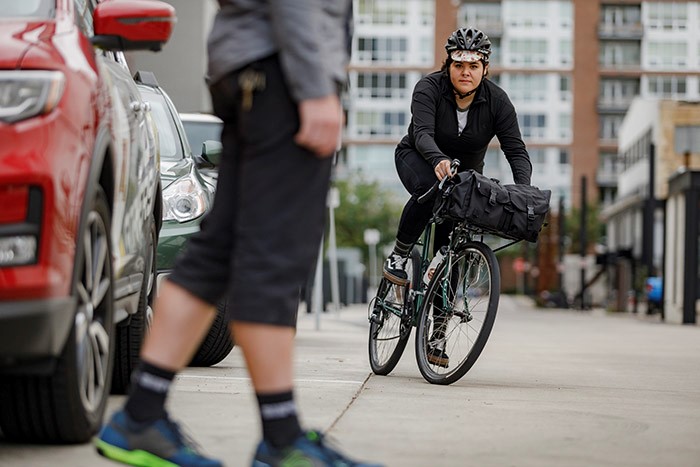 Our prototype bikes that featured a more quickly-steering frame and fork rode astoundingly ‘normal’ once dampened out from a front load, which reduced the effort and attention needed from the rider. We found this setup to be superior to not only traditional low trail Rando geometry, but to any of our standard bikes. 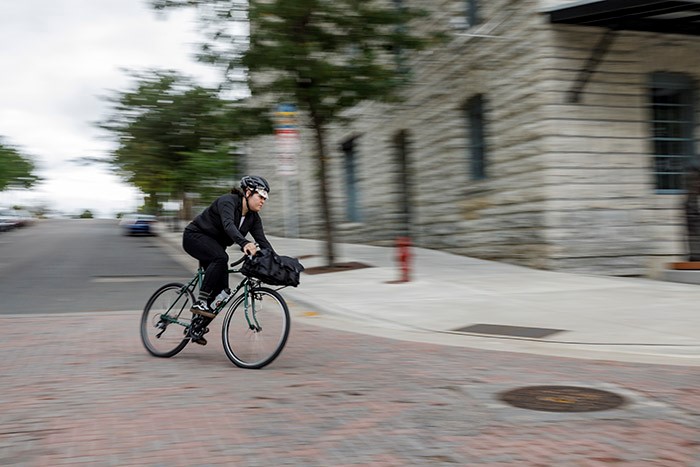 What else makes the Pack Rat Tick? 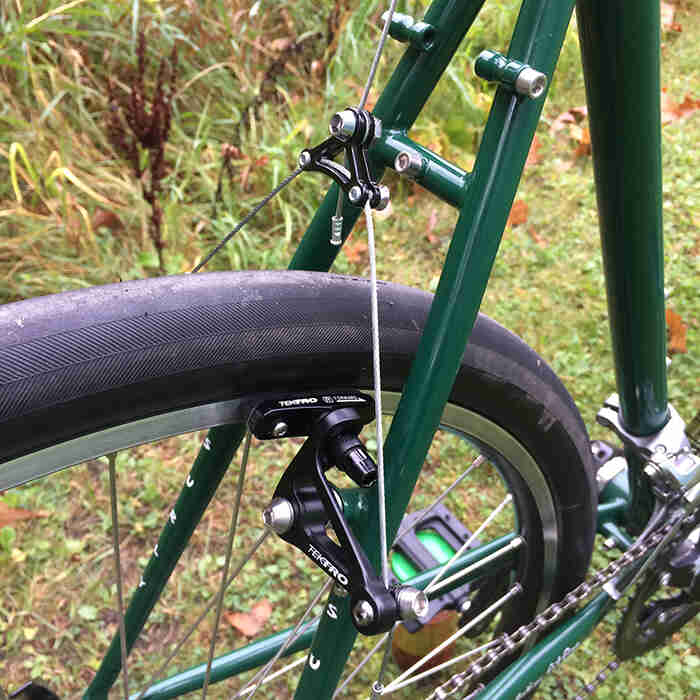 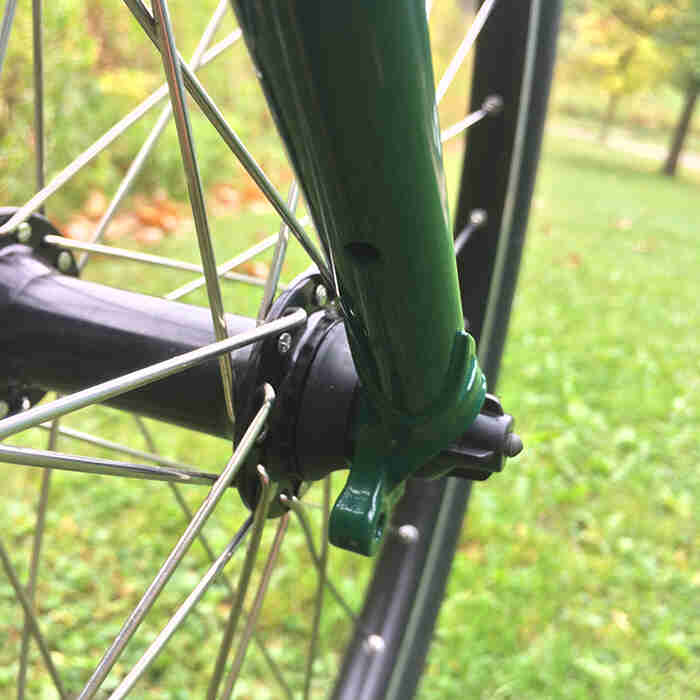 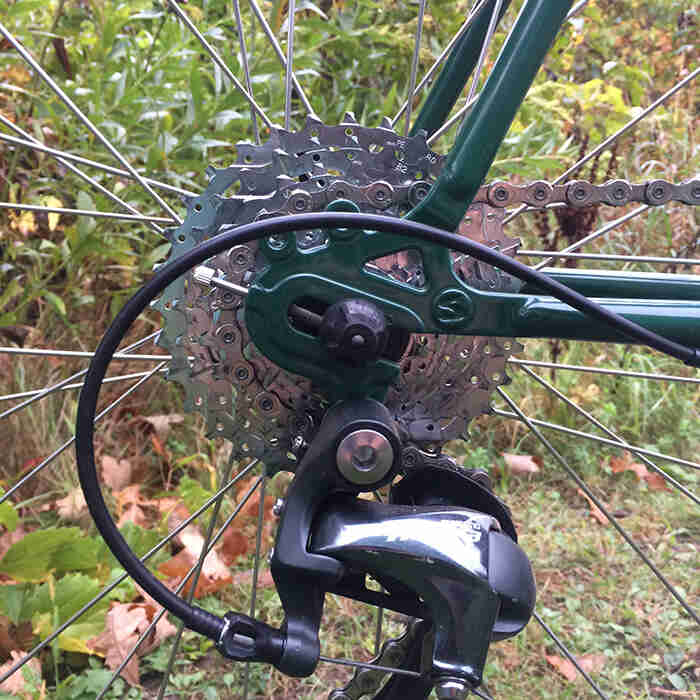 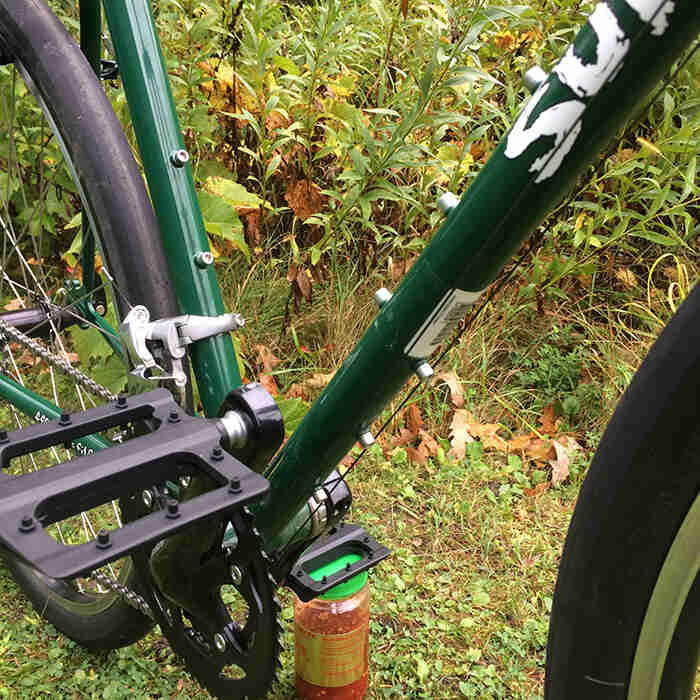 Is the Pack Rat for you?

While the Pack Rat shares many features of the Cross Check and the 650b Straggler, it is its own animal. The combination of fast geometry, lightweight tubing, and rim brakes makes for an efficient, lively commuter that’ll haul your gear while keeping an eye on it, and keep your back dry while you’re at it. A bit more specialized than a Cross Check or Straggler and much lighter and more spirited than a Long Haul Trucker, if your plans involve riding with a front load or you want them to, you owe it to yourself to head down to your local dealer and test one out.