I recently realized that my cycling routine has primarily devolved to riding for necessity — biking for utility, fitness and transportation has become my norm. While satisfying, purposeful riding can also feel mundane at times. Lately, I’ve tended towards the most direct and familiar route from point A to point B. 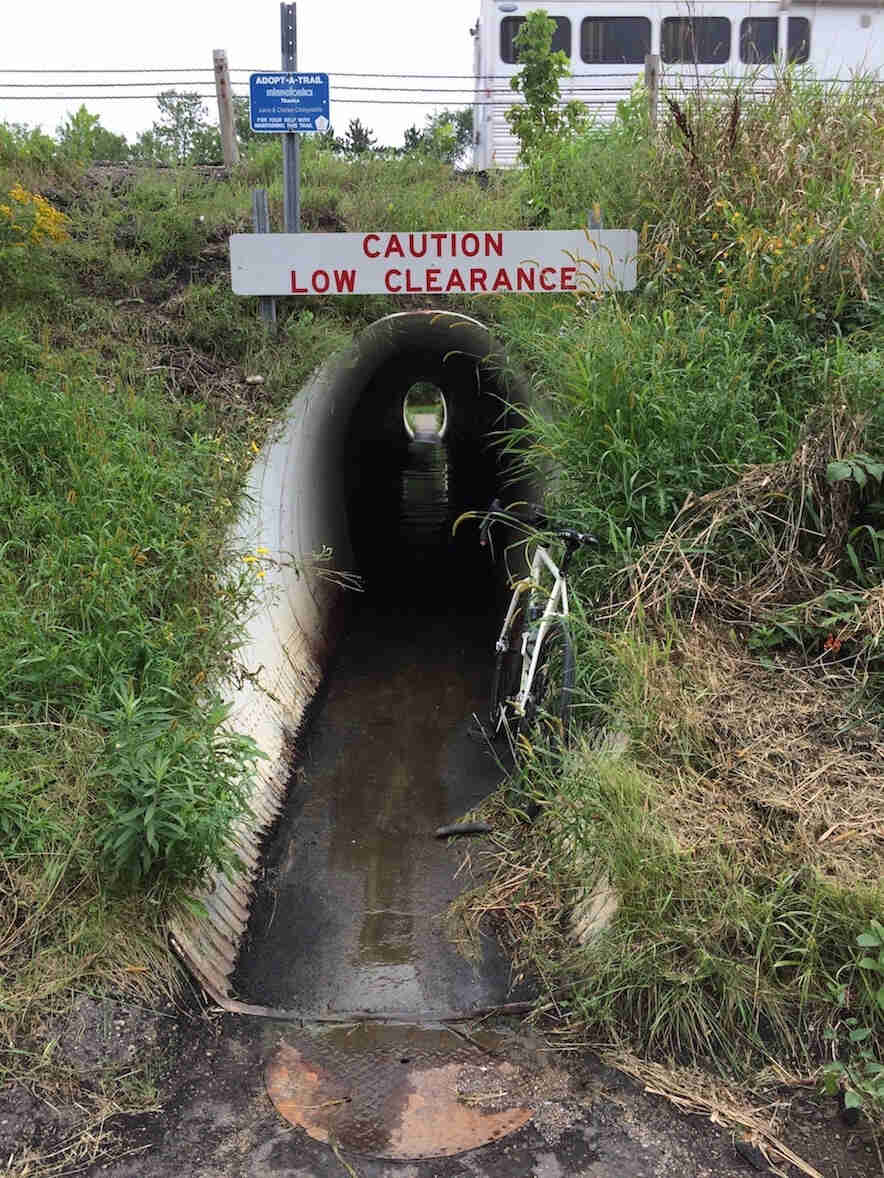 When I first moved to Minneapolis almost 25 years ago, I explored all the time because every place was new. I would notice a trail and wonder where it led. Sometimes it was a short cut but more often it turned out to be a dead end. Occasionally, the path would result in a new and interesting off-road section that pulled me off the streets. This desire to find unique routes was refined by local Minneapolis legend Geno. He is the master of alternate route finding and wandering though the city with little care about where we might end up or how long it may take us off course. 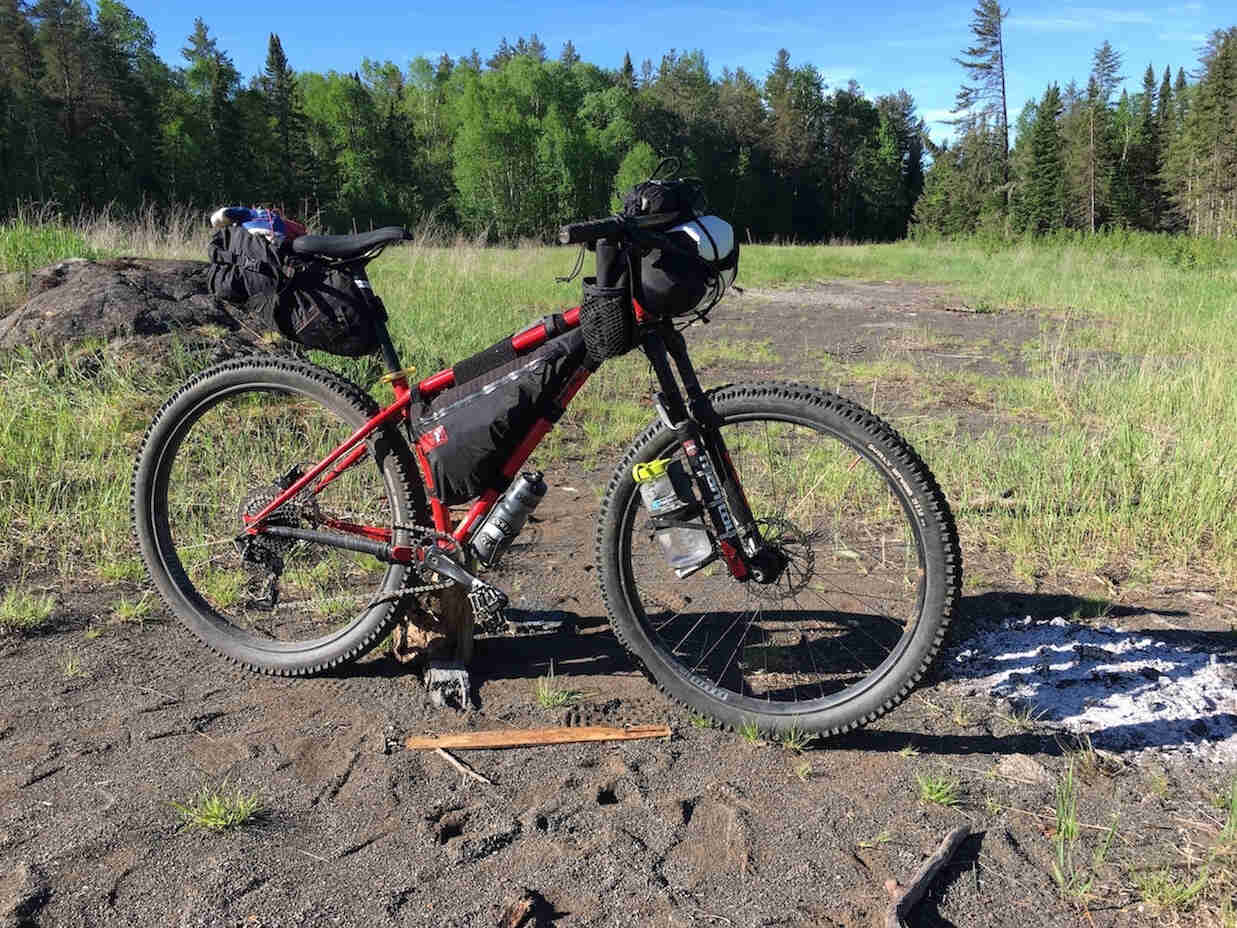 Lately, I have been making a point to search out some new routes by using paper maps, USGS maps, and google maps. I am old school and prefer to lay maps out and see how things connect. I am still sharpening my phone app skills and struggle with the size of the screen (and my poor eyesight). I prefer to forgo electronics when I have time to get away. Whenever possible, I have made a point to plan extra time on my rides to allow divergence down a gravel alley or dirt path. Last fall I lead a group on a 50-mile route that connected 3 breweries primarily by gravel trails and roads. 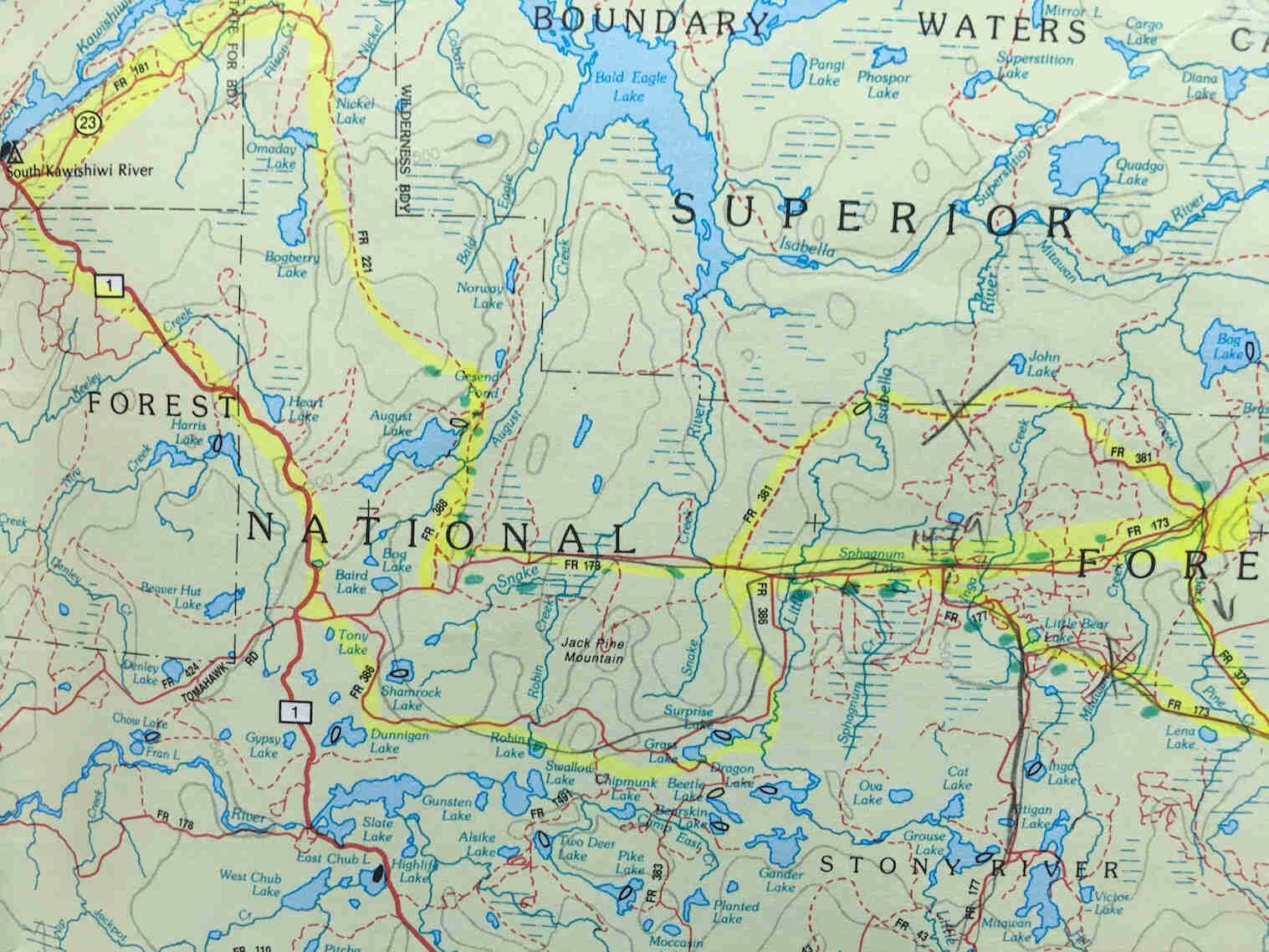 It is inspiring following all the posts of bicycle tourists traveling and exploring new routes around the world, but I am still satisfied venturing out closer to home. One of my local favorites is seeking new routes in the Superior National Forest in northern Minnesota. I’ve explored many of the gravel and unmaintained roads that boarder the BWCA. This part of Minnesota is remote and rugged which is what I need on a getaway. Recently, I squeezed in a two-day trip and was able to connect some dashed lines I had highlighted on my maps. There’s always the chance that the connections that appear on maps may no longer exist but, being prepared for the unexpected is essential for maintaining a positive attitude. 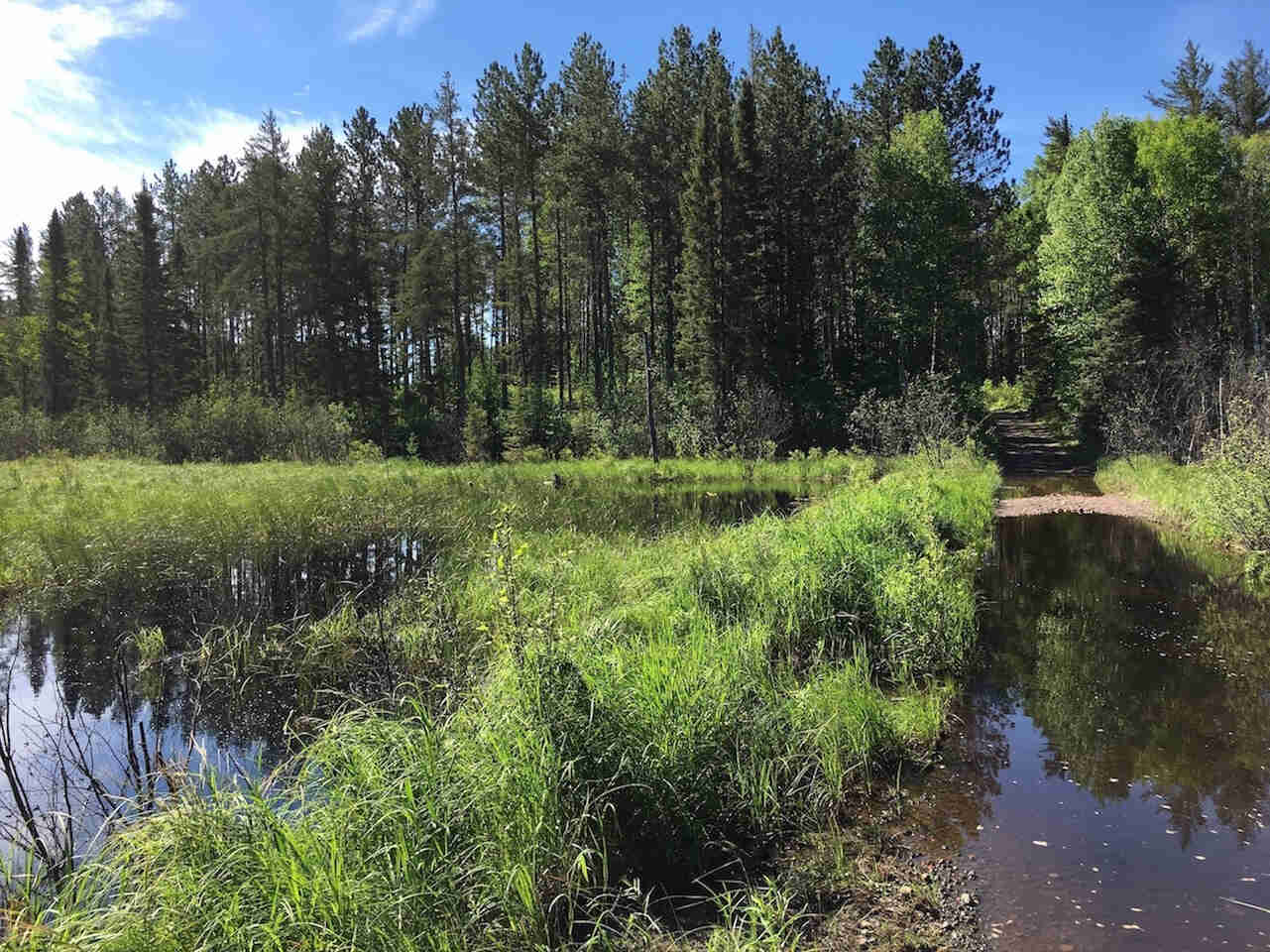 My first day resulted in a nice 50-mile loop with some open gravel roads and some rougher double track. On a couple occasions, I had to use my instinct to guess which way to turn at unexpected intersections. I didn’t see another person or vehicle until nightfall when I started searching for water and a camp spot. Day two involved some bushwhacking and backtracking which are common when route finding in northern Minnesota. After a couple adjustments to my original plan, I rerouted and discovered another good loop.

These trips are also great opportunities to test out new gear and bikes. While the Krampus was a little overkill for this trip, it was essential for preparing for an upcoming trip on the Colorado Trail. Just remember you don’t always have to make big plans or travel far to escape from the daily grind. 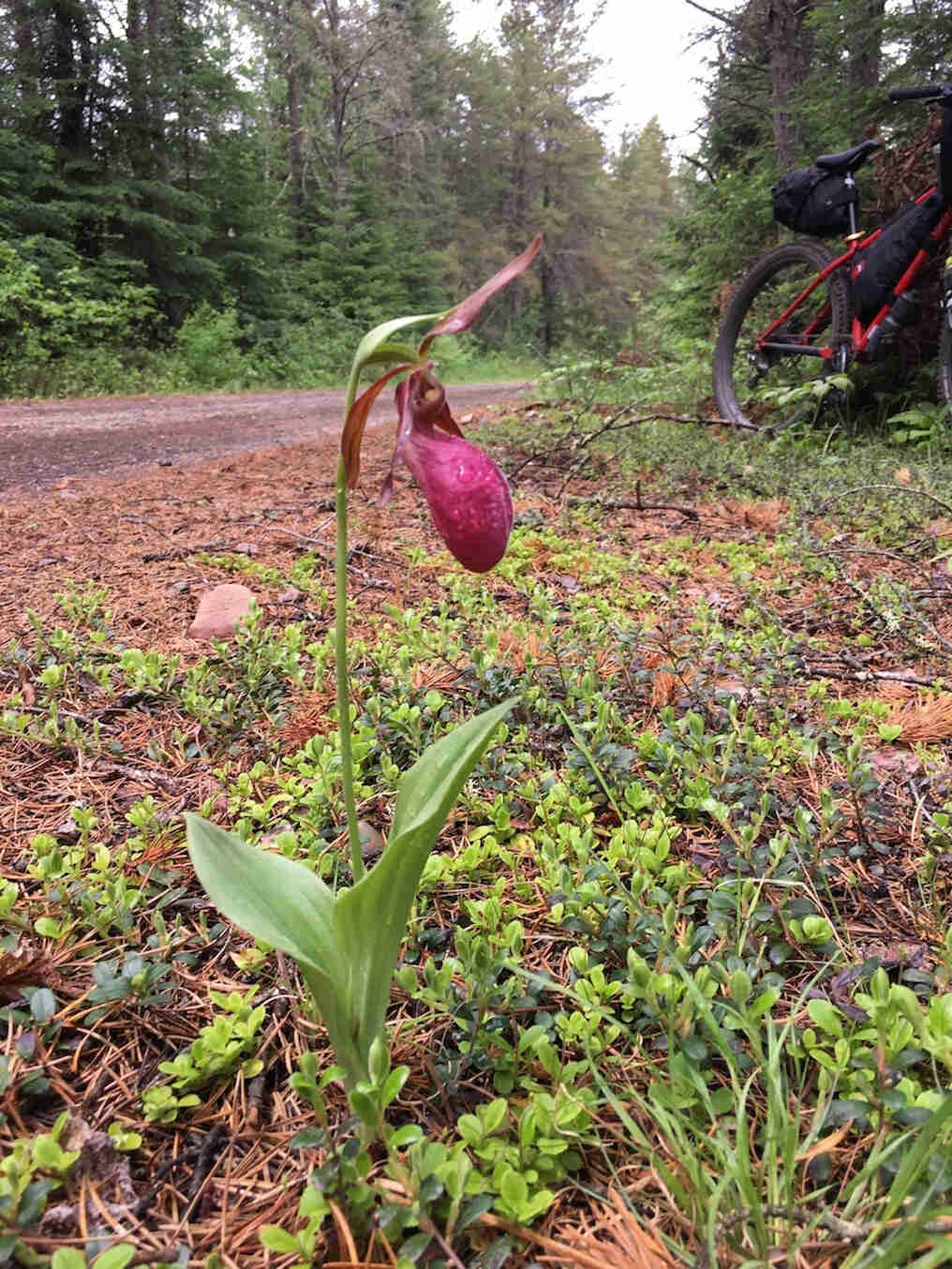