So this thing has been happening to me lately.  Once a week I send responses to all the folks out there who want us to sponsor their trip across the world, or taco stand or beer drinking contest.  Most of the time I tell those folks “No”.  Which is for various reasons, but mostly because we don’t really give a lot of product out to people, and we never give cash. It has to be something really special.

This is where the aforementioned “thing” comes into play.  We’ve been getting lots and lots of sponsorship requests from folks who just like the brand. They’re not asking for anything.  Let me say that again.

THEY’RE NOT ASKING FOR ANYTHING.

In the world of brands and manufacturers and consumers they call people like that, “SUPER FANS”. And that’s exactly what those people are.  I imagine many of you are people just like that. It’s how I started on this whole Surly train. Years before I worked here I rode the bikes, and that was all it took.

So it has occurred to me that we rarely say “Thanks” to folks like that (at least in any “big grand gesture” sort of way).  We say it, we blog it, we buy people beer when they come out to ride with us, but we wanted to do something a little more special. And so was born the:

It’s pretty much exactly what it sounds like. 150 bucks off any Surly complete bike. Here it is: 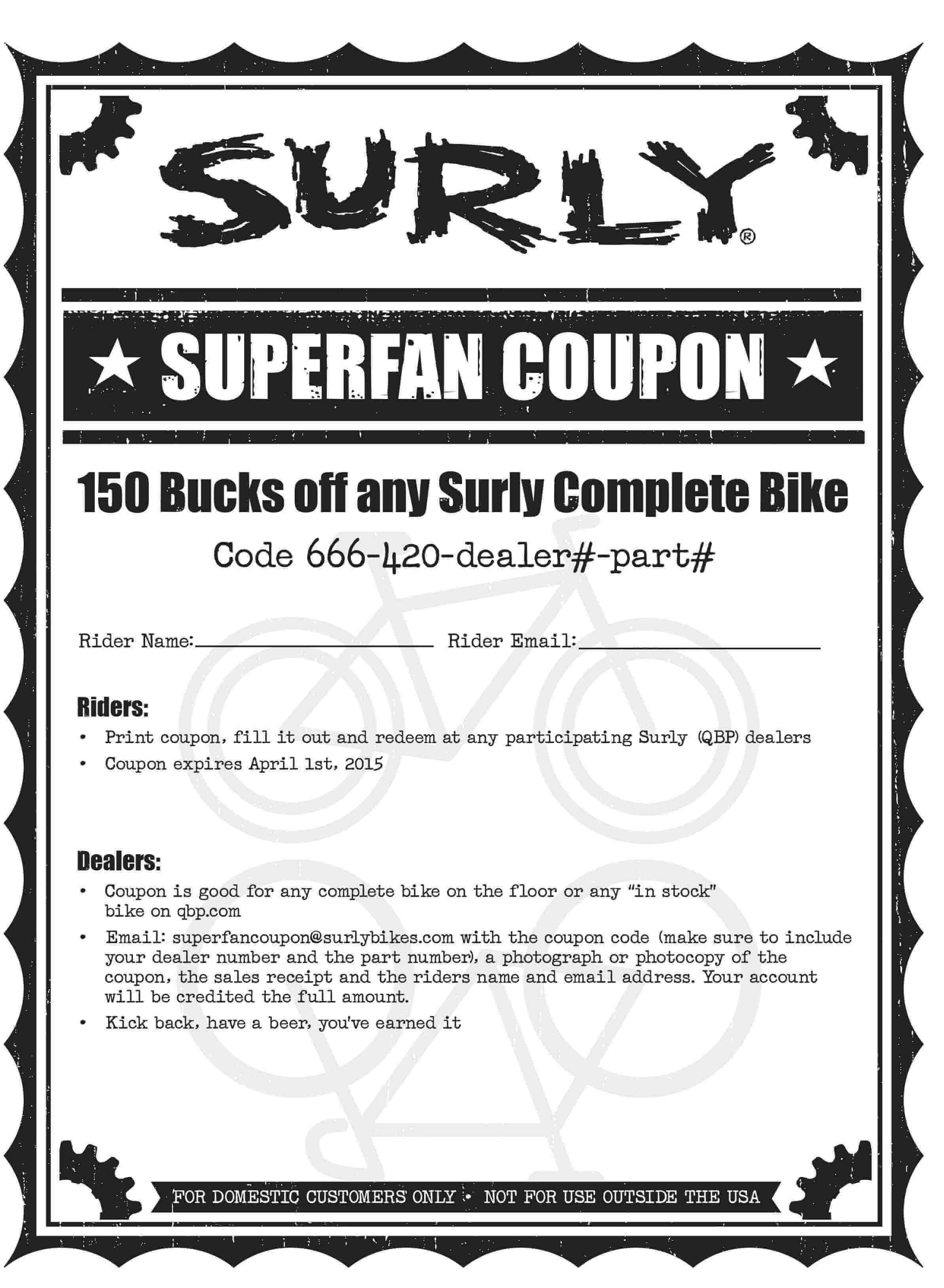 Print this mother out, fill it out and take it into your local Surly (or even QBP) dealer and redeem it for 150 bucks off any Surly bike that the dealer, or QBP has in stock. Dealers send us a copy of the filled out coupon and the receipt, along with coupon code (with dealer# and part#) and we'll take it from there.

The coupon expires on April 1st 2015 and is only good on bikes in stock.

SORRY INTERNATIONAL FOLKS THIS IS FOR DOMESTIC COMSTOMERS ONLY.

So go crazy, and seriously…

THANK YOU ALL. WITH OUT YOU, THERE WOULD BE NO US.