Farmstead Bike Shop in south Minneapolis is the Twin Citie's newest Surly Stocking Dealer and I had been meaning to take some time to get to know them better. This past weekend I had the chance to join them on one of their seasonal S24HO trips and it didn't dissapoint. All sorts of bikes from LHTs and Stragglers to Big Dummies, vintage road bikes and even a time trial build in the mix! The crew was diverse as well, we had Greg and Brianna who run the shop and the music venue in the basesment (yes, this shop has a music venue!), Farmstead's two expert mechanics Scott and Cayley, and a few friends, family and customers to round out this merry band. 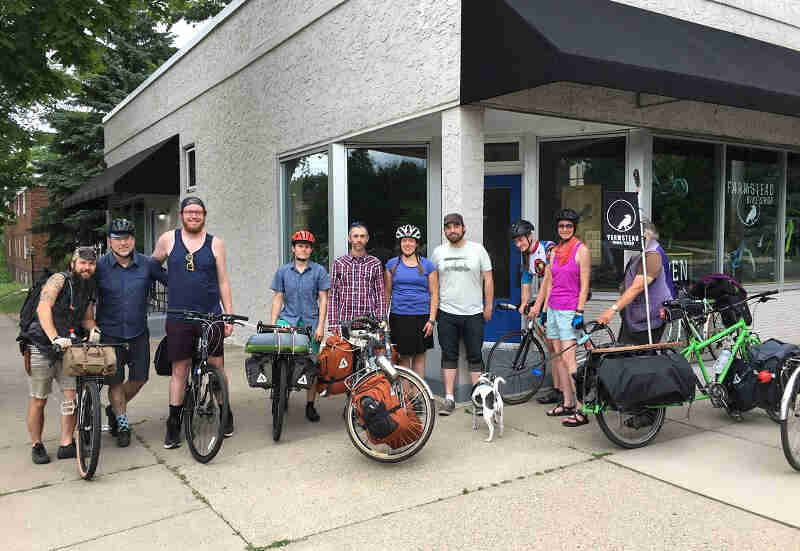 I showed up at 3pm Saturday afternoon to a bustling scene of mechanics trying to get work done, participants tuning up their own bikes and last minute packing. Our fellowship was 9 intrepid souls deep as we pointed north from the shop bound for Crow-Hassan Park Reserve, just west of Rogers MN, around 5:30pm with heavy looming clouds. The pace was leisurely as we had all levels of riders on board, including Greg's son who was a first time bike camper. Rain was intermittent and by the time the sun was sagging lowing the sky we were pedaling through a persistent shower. Rain aside , it wasn't cold but we all agreed we were famished and thus decided to retreat to the nearest watering hole. Scott, who had been out this way a number of times and knew the best spot for a detour and introduced us to the glory of the "Choo Choo Bar". We all agreed this was much more civilized than cooking around a fire in the rain that night. As luck would have it, just as we were all ready to leave, the rain abated and we headed north with only one more stop for beer and whiskey on the way. The night was gorgeous and cool after the storm. It made for very pleasant riding. Once we reached the park boundary and the prairie preserve lands of Crow Hassan, we started to see fire flies everywhere and those number grew and grew as we rounded the East edge of the park. Eventually we had to stop and stare in awe at a literal ocean of blinking bugs as far as the eye could see... I've never seen anything like it in my life, absolutely, breathtakingly magical! 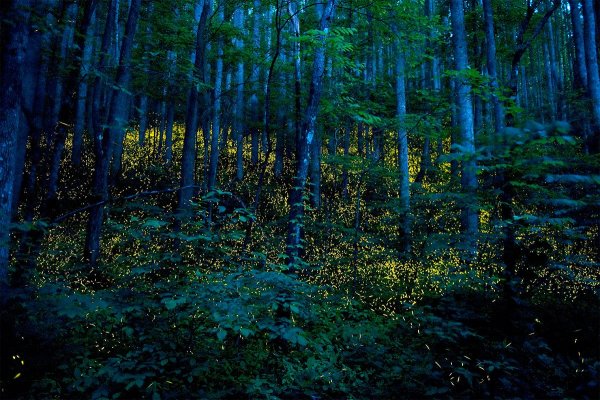 (c) Internet. Not too far off from what we saw if you can imagine less trees and more undulating prairie.

Our camp spot was at the norther entrance to the park and was a HUGE 80-person site meant for big parties of horseback riders. Apparently Greg had booked it well in advance and it wasn't terribly expensive. "Less than a hotel room for two" I remember him saying. We were able to keep our bikes out of the rain in the horse stables and had tons of room to spread out and set up our various shelters. The group split about 50/50 on tents v hammocks. I went with my Black Diamond "HiLight" 2person (1+gear) single wall backpacking tent on account of the forecast leading me to believe I would want to keep all my bags with me to keep my gear dry. I found a stocked wood hutch and proceeded to light a fire from my tinder box. I was soon joined by half the crew and a bottle of Knob Creek. The intermittent thunderstorms sent some to bed but me, Greg, his son Stephen and Jeff kept vigil; feeding the fire and our bellies with laughs and bourbon. 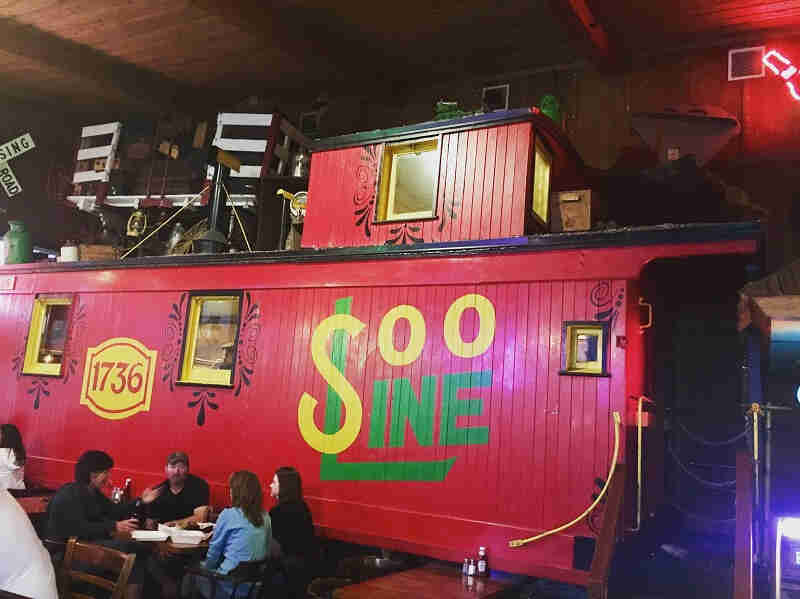 Morning came too soon for me as usual as I was awoken by a chorus of "The Final Countdown" by Europe... apparently, we had all shared our least favorite songs last night. In retrospect, a terrible idea of course. Brianna cooked eggs and made coffee for everyone. It was another lovely morning with no rain on the forecast for the ride home. We set out back the way we came at a slightly faster pace than the night before. I felt my choice of stead; a 650 Straggler with Revelate bags, 8-pack rack and Frost River handlebar/seat bag was absolutely superb for the job. I had ample room for all my gear plus beer. I had super comfy 47c tires and despite platform pedals and a hangover, I slipped into a gleeful cadence the whole way back. Somewhere South of Baker park and West of Wayzata I realized I had been day dreaming and had totally lost the group. I had one rider with me and after waiting at several points for folks to catch up, we realized we were on our own. I knew Greg had wanted to get back and we assumed they bee-lined it back. It wasn’t until we stopped at the Depot for coffee and banana bread that we connected via FB messenger. On account of the day being beautiful and the late departure, they decided to forget about opening the shop and stopped in Wayzata for beer. From the sounds of it everyone was still in good spirits though and the remainder of the ride was very enjoyable for all. I got to connect with their customer Denise who was on a new 700c Straggler and absolutely loving it. I reamarked that all three Straggler riders had different setups and big smiles, myself included.

All in all, it was a great ride and a testament to how a true sub 24-hour overnighter can yield magical results. I encourage anyone who hasn’t done a sub 24 in a while, or if you want to get to know some new folks at Twin Cities newest Surly dealer, to get on board one of the next overnighters they have planned

Rough mileage looked to be right around 75 with only around 1000 ft of climbing: https://tinyurl.com/y84yov2p (totally not our route BTW)

See you out there,