“Single Speed Worlds is going to be in Oregon this year. We need to go…”

The first thought that sputtered into my head was, “what actually happens at Single Speed Worlds?” Though I was aware of the event, I’d never truly understood it. Fortunately, however, I would come to learn that one cannot understand the fun, debauchery, unexpectedness — and all the other adjectives — that make up SSWC without living it.

To help set the scene here’s some visual stimulation to help you understand the event’s vibe — just a short video we put together with our novice cellphone and GoPro footage.

The idea of packing up bikes sans derailleurs and heading west had laid dormant for several months, but it came back to life when Pintz Guzld, Surly’s Chief, got inspired and officiated the expedition (more than likely while on a ride involving at least a few beer stops). Being the true chizzler that Pintz is, he did his best to procure free entry for the Surly goon squad by donating a Surly Lowside frame that could be raffled off. The folks at SSWC denied this very generous offer and countered by demanding a complete bike. Too rich for our chizzlin’ blood, but thankfully we obtained a discount by doing a little artwork on our entry forms. (Notice the authentic Taco Bell hot sauce stains on Pintz’ form.) 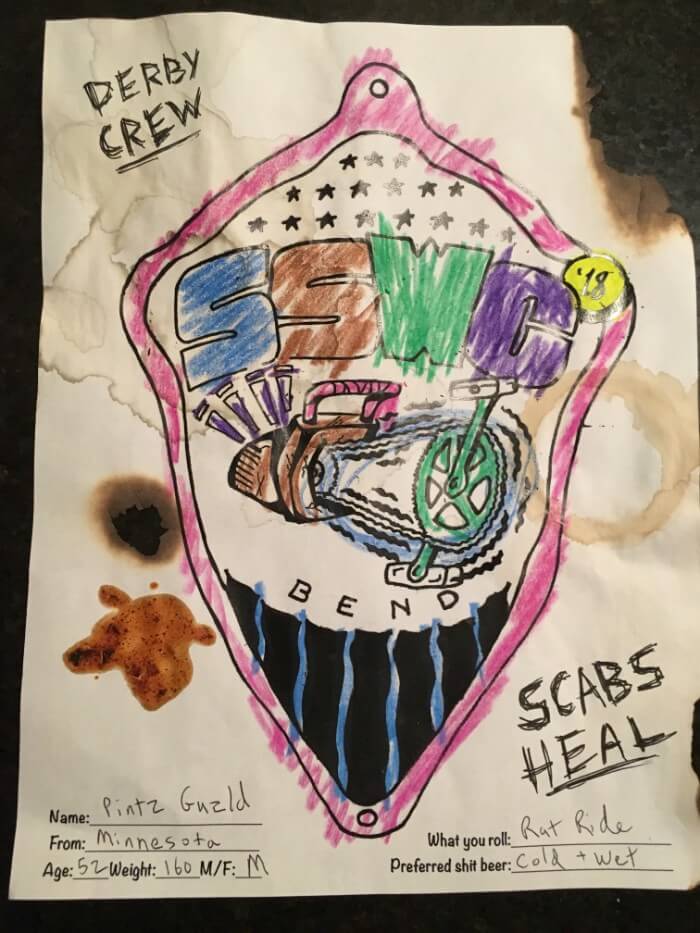 We assembled our crew quickly, and before we knew it, $Trevor from Wherever, Wood, Pintz and I were bound for Bend, Oregon. After a quick layover in San Francisco, via Minneapolis, we finally arrived, checked into the happiness hotel, and were more or less ready for the week. First things first, though: We needed to get our steel ponies. After a couple of blocks of foot travel, we found ourselves at Bend Velo, the undisputed, #1 Surly dealer in all of Bend — and central Oregon for that matter. To our surprise and delight, Eric and Tori had hooked it up and assembled our bikes prior to our arrival. (Thanks again, Fellas.) Since we had our bikes and nothing but time to kill in a new city, we set off right there to explore the local curiosities, as one does. 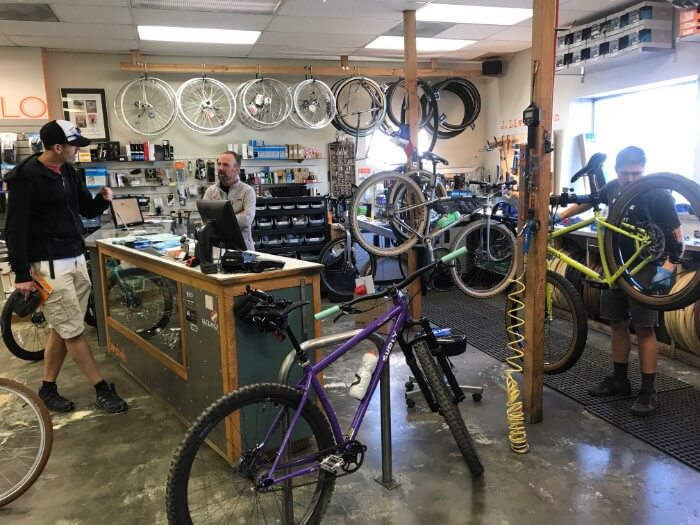 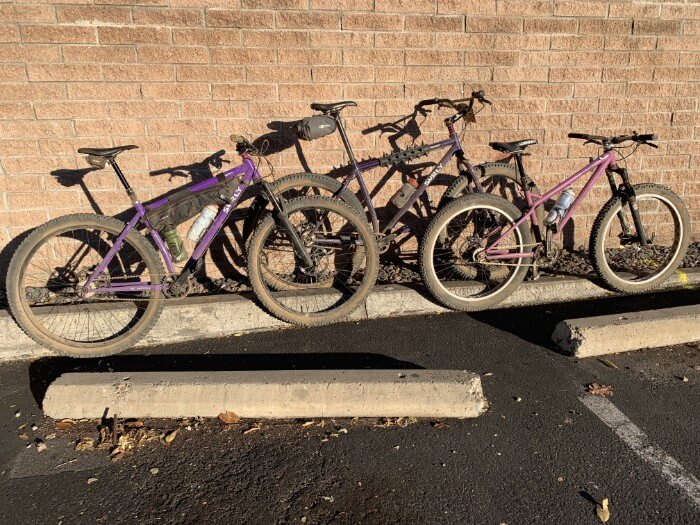 When it comes to the week of SSWC, there’s no shortage of rides you can hop on. Before dinner, we elected to hook up with a group ride heading out of Bend to the local trail network. Three hours later, with a face full of dust and completely empty gas tanks, we were done with the ‘Minnie SSWC.’ Most memorable were the amazing trails, including a 15-minute downhill. After some grub at 10 Barrel Brewing Co., we hooked up with the fairly organized and very official beer cruise. We started with beers at Deschutes Brewery and then went on to Boneyard Brew Pub. Side note: It’s truly amazing how car traffic changes its behavior when faced with 200+ people who are buzzed and just trying to have themselves a good time on bikes. We owned the road for once, and man it was fun.

The following night the welcome and hosting party took place. For the uninformed, as I was, this is a beer party whose sort-of-secret function is to determine the next year’s host location. Competing for the honor to host the 2019 SSWC were Canada, Durango Colorado, New York and Slovenia. The contest included two parts: Round one consisted of a beer-sliding game where you slide the beer mug across a wet table and your partner has to catch the beer as it slides off the table. This repeats for a while and you get points for the number of catches you make, and making it even more fun, there are rules that no one but the judges seems to know about. The second and final contest round was a project combining art and survival. Teams were given a couple of bike boxes and a few rolls of duct tape. The challenge was to create a boat out of the materials and select a team member to pilot the boat on a course in the Deschutes River — in the dark. Miraculously, no one drowned, and in the end, the team from New York won the right to host next year. As a twist, though, New York handed over the hosting keys to Slovenia, all in an effort to spread the love for the Single Speed Worlds back toward Europe.

The course was shrouded in secrecy leading up to the race. All we really knew was that it was a brand-new trail on some private land, mostly unknown to all but a select few. We also knew the starting location was Bend High School. As luck would have it, there are two Bend High Schools in town, and Pintz led us to the wrong one. Since nobody wanted to be late, we traversed town to the other school as fast as we could, just making it in time for the rollout. The course started with a 12-mile sustained climb — nothing like a good kick to the groin to get things moving — and was followed by some of the most fun, dusty, sketchy, amazing trails I’ve ridden. With plenty of checkpoints for food and beer along the way, we were well taken care of. Notable rest stop amenities included: lots of bacon; a mountaintop hookah and couch setup from race sponsor Oregrown; metal stamping at the Paul Components rest stop; and a hike-a-bike summit hotdog stand manned by Deschutes Brewery. If you haven’t done so already, scroll on back up to the top of the blog post and watch the video to get a general feel for the “race.” 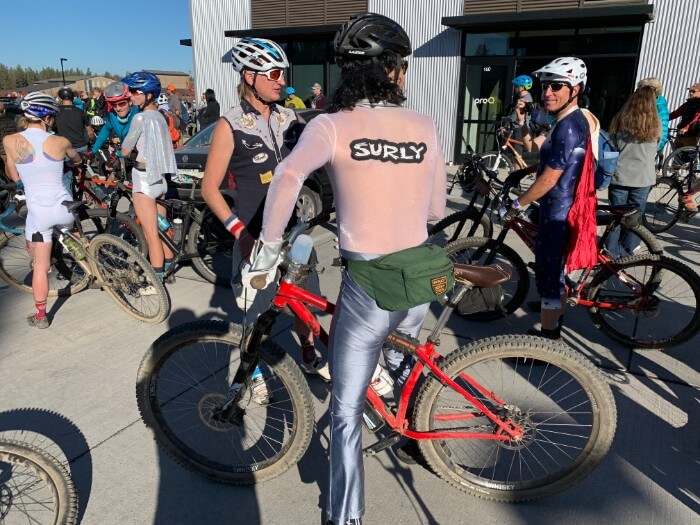 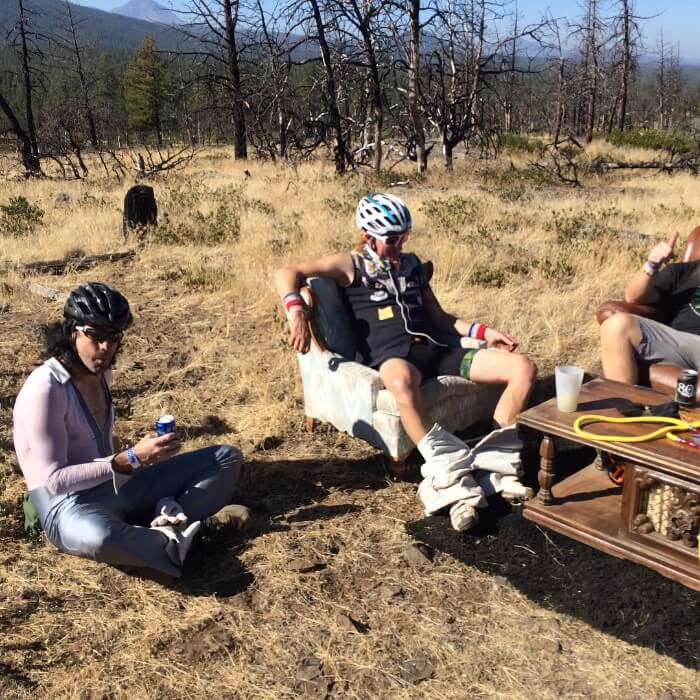 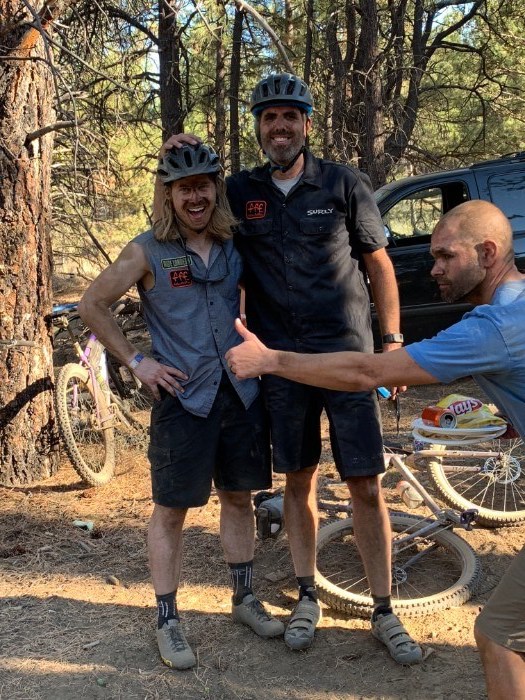 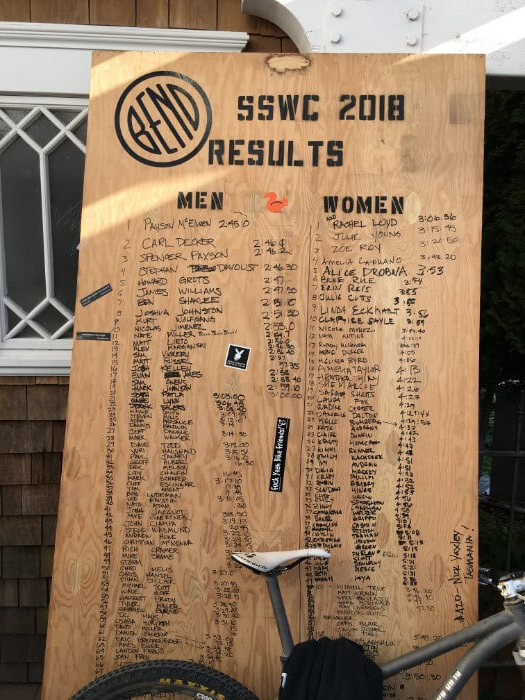 All things considered, SSWC was a highlight of my year. I met new friends from all over the world, rode bikes without thinking about shifting, kept hangovers in check, and didn’t die.