So as some of you may know, we here at Surly make a little bike called the Cross Check.  This was the first bike we ever offered as a complete bike, that was way back in the year 2000 when many of you were wearing diapers (grow’d up style diapers). (As it happens I am wearing them right now)  It was offered geared, like most people ride a cross bike and people liked it.  People kept buying the frame and built it up however they liked and other people bought the complete.  Sometimes those two people would meet and stare at each others bikes, and sometimes they would only ride by and grunt.  Some people who bought the complete started to mess with their bike, once they realized they could run it so many ways.  They saw 1xwhatevers, single speeds, fixies, cruiser types, townies, touring bikes and many others that I just don’t feel like listing here.

At Surly, many folks here had there’s built up as a single speed with flat bars and v-brakes.  Here is a picture of Phil’s bike, just like that. 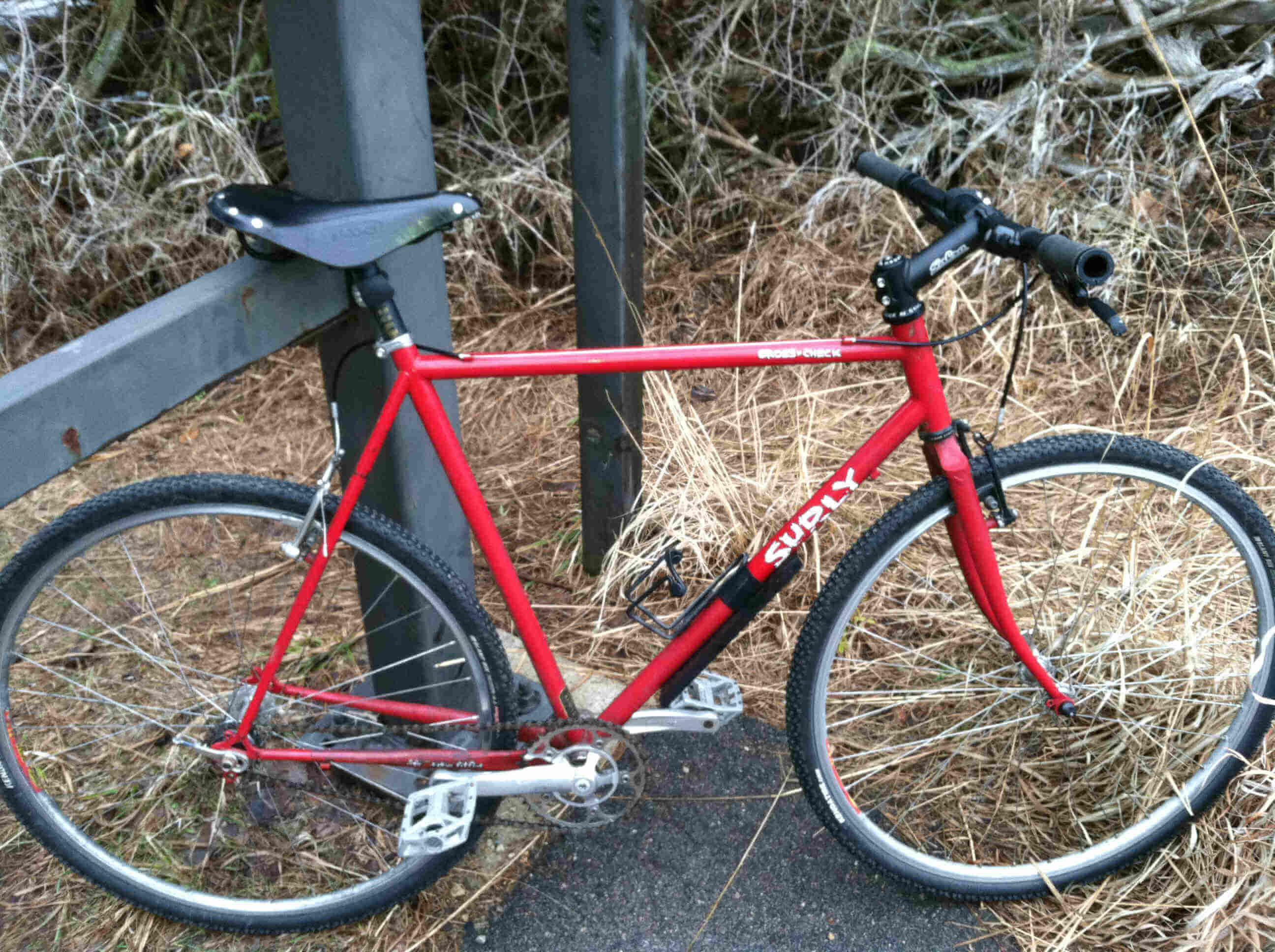 We thought to ourselves, maybe someday, and now that day is here.  Well really it was here a while ago, I’m just telling you about it now, and many of you probably already know about it, but at any rate we make this thing and sell it too. 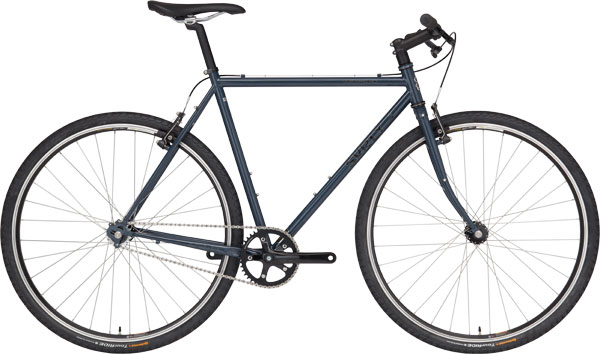 Here’s some more pictures of some of our crews single speed Cross Checks, enjoy! 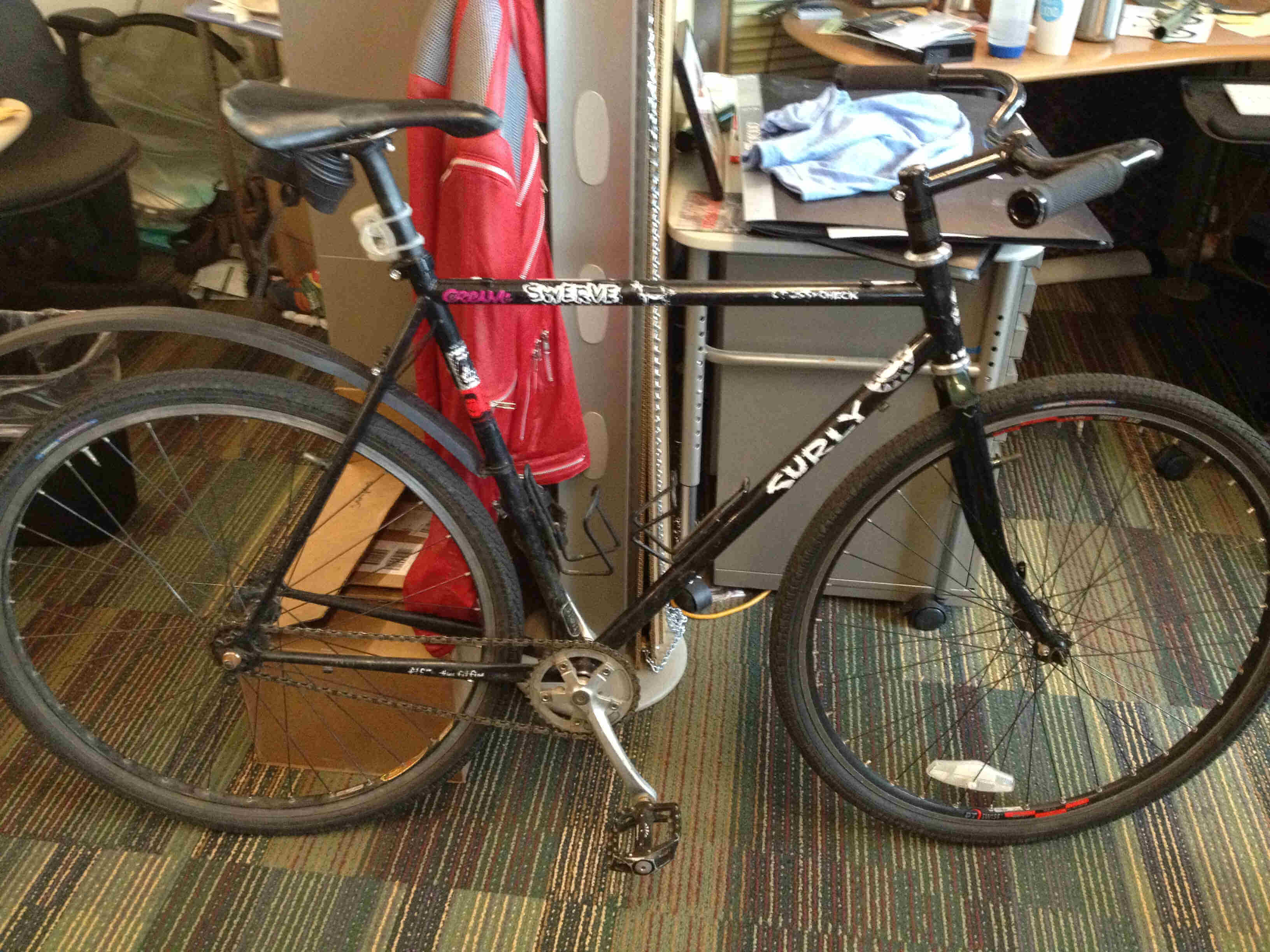 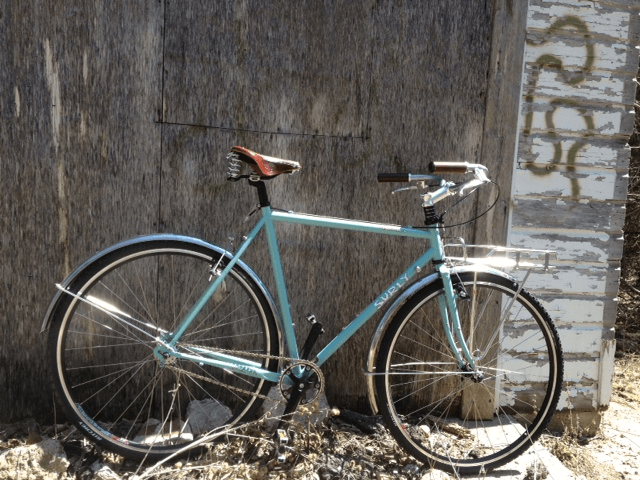 Now get off your computing device and ride some, it’s nice outside!!