There once was a time when a new Surly tshirt design came along every couple of years if we were feeling spunky.  Those days are a fond memory now.  We here at the Propaganda Branch of Surly Intergalctic HQ have been working feverishly to bring you more "softgoods" (apt name).  The first thing is a tshirt, blandly called the Tiger Crank design, a name which does no justice to it.  Feast your eyes on this: 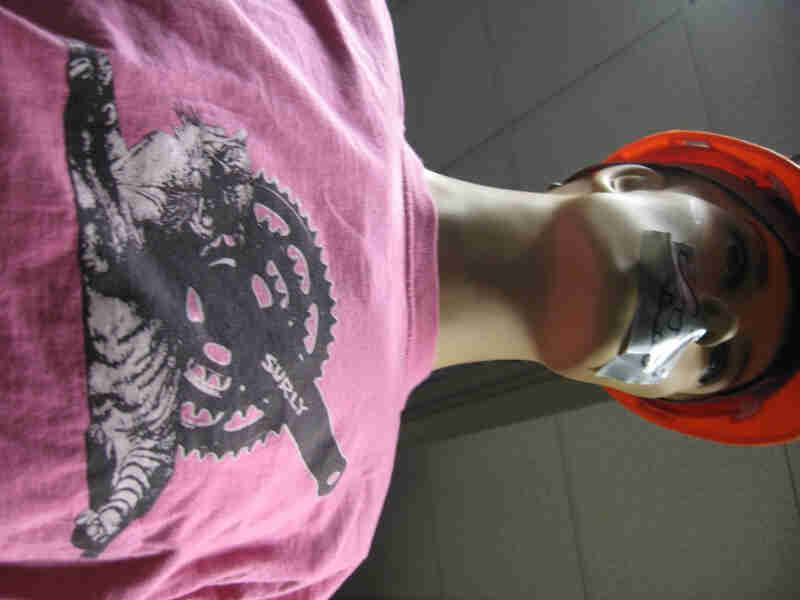 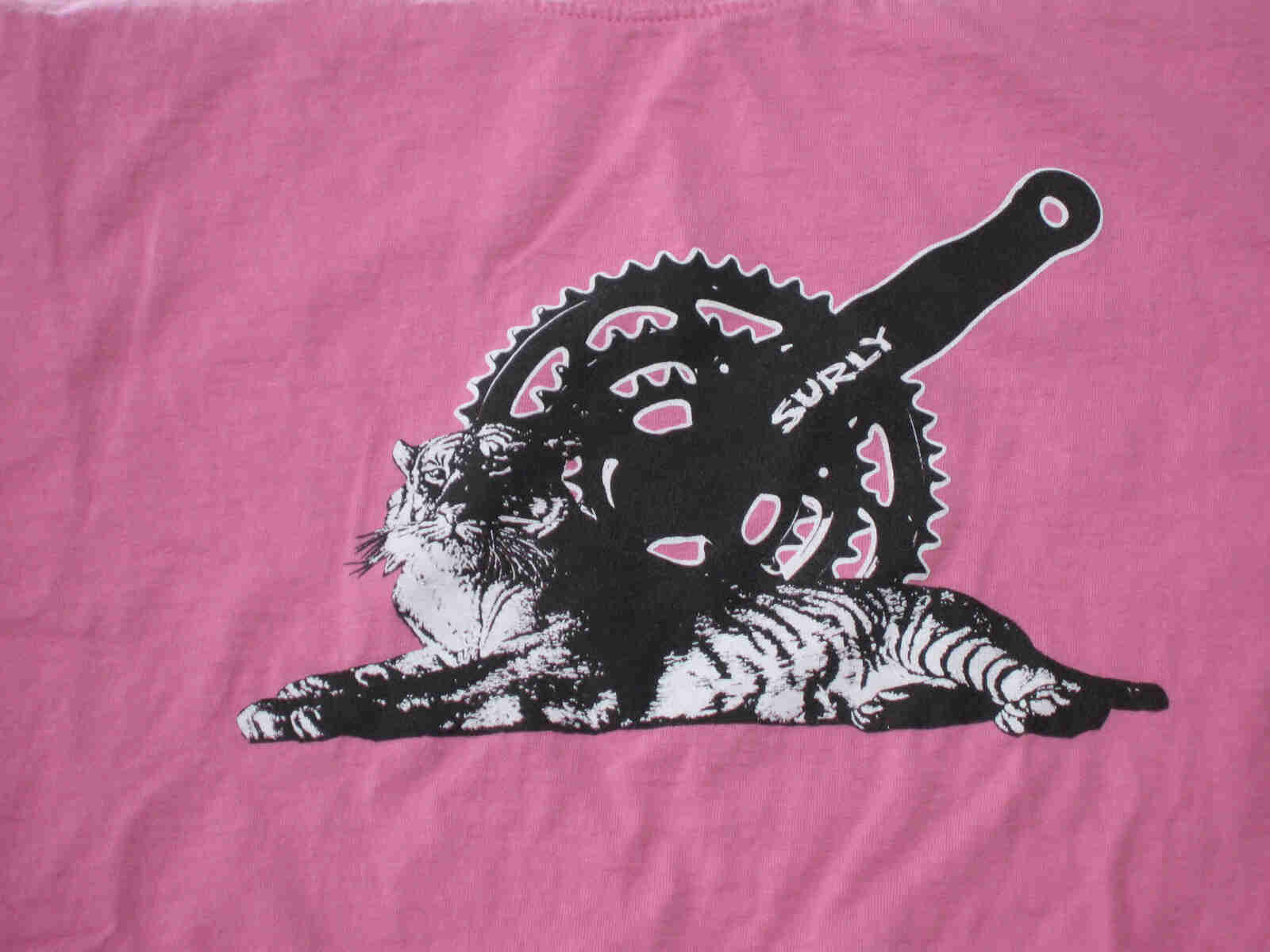 A bad ass tiger lounging in front of an oversized Mr. Whirly crankset.  This image reminds me of George C. Scott in Patton, except without the jingoism, and with a tiger and a crank.  Available in light blue and in pink, in both mens' and ladies' cuts.  In stock now.

We also now have these in stock: 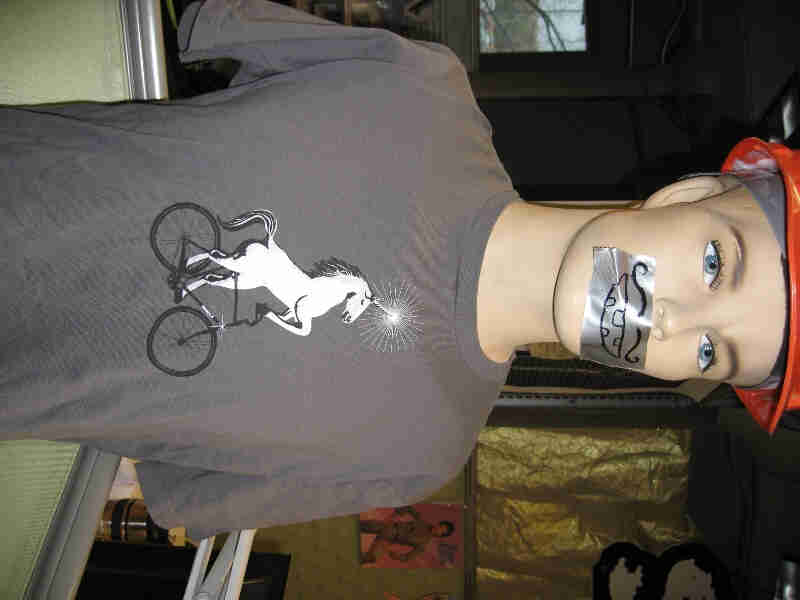 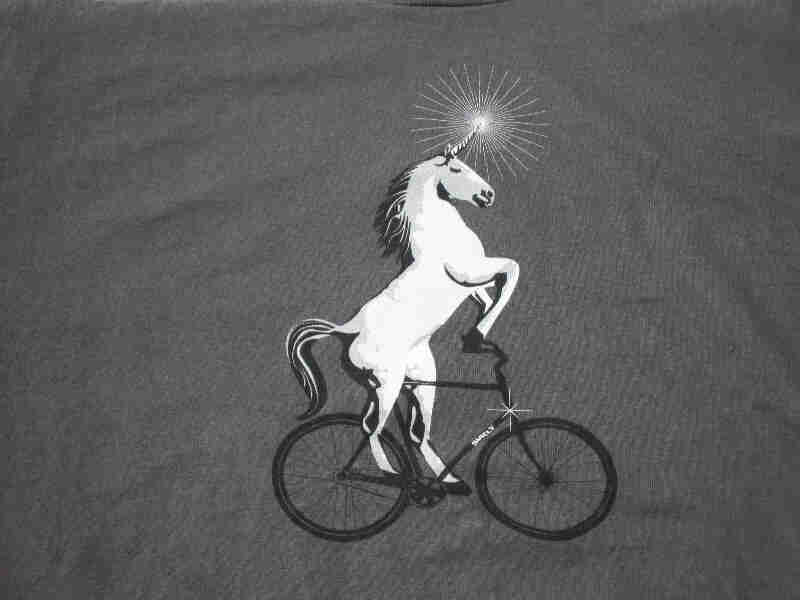 Available in gray, in mens' and womens' cuts, you find depicted here a unicorn riding a Steamroller?  Why?  I am not sure.  But it makes people either barf or squeal, and that's good enough for me.

As if that weren't enough, we have full zip cotton hoodies in black, with a Surly cog emblazoned on the back.  I have been wearing one for several weeks now and I give it two thumbs up. 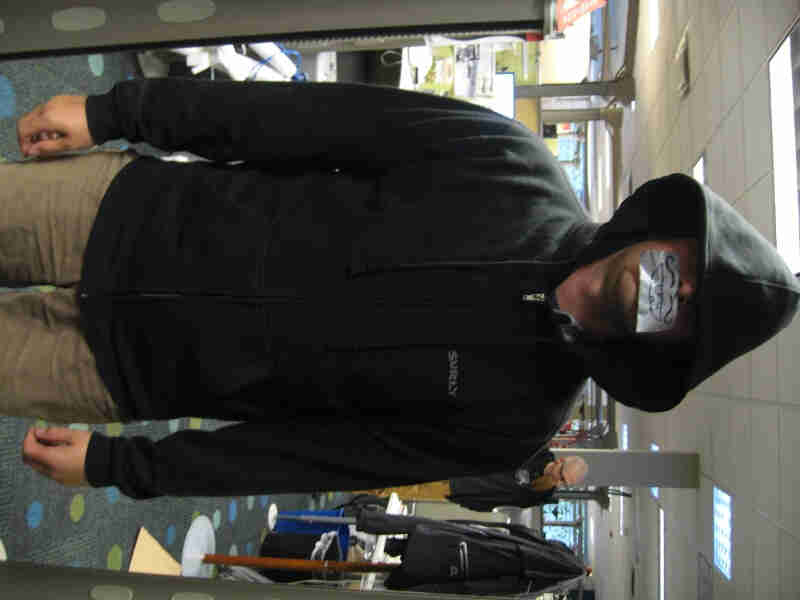 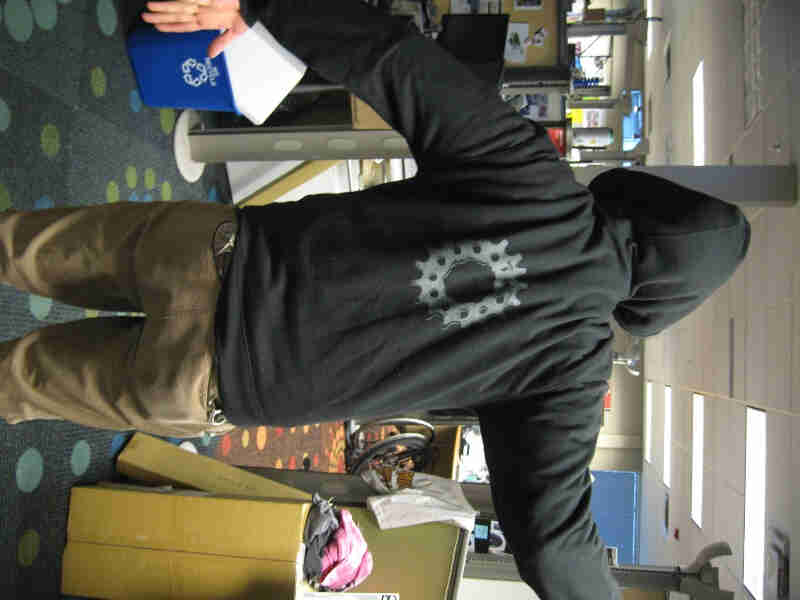 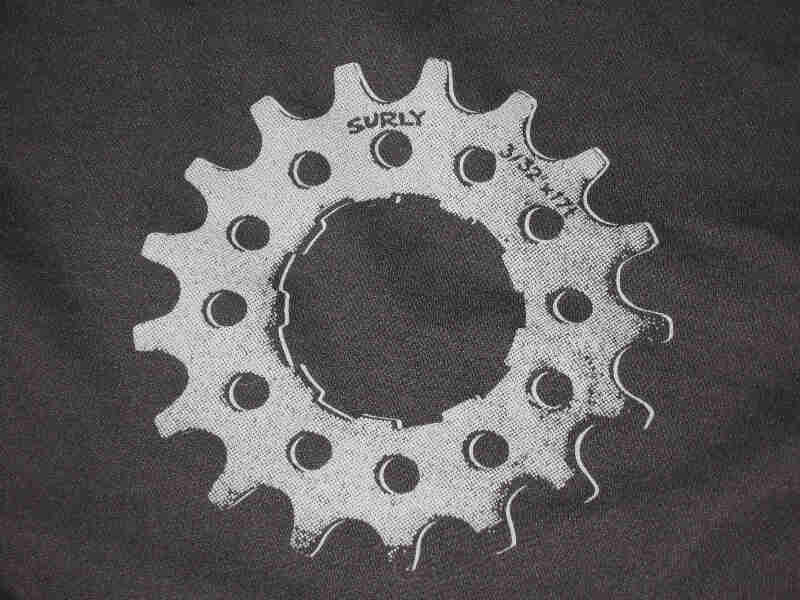 Finally, BMXican Glenn Dussl for some reaon took it into his head to ride a Surly Pugsley with Black Floyd tires on some ramps.  The man has skills.  It ain't a long video, so watch it now.