Right off the bat - I'm not leaving Surly. That's not what the title means.

When I first started working at Surly a decade and a half ago I was asked what my alias would be. I didn't understand. My good friend Andy ran the marketing bits back then, and it was his idea for everyone to adopt a nom de plume for our blog and other general activities. Over the years it's seemed like an increasingly good idea, as it allows my work and my private life to have a bit of separation. It also ended up being my code name in a sloppy but enthusiastic bluegrass band called the Alma Hovey Hayride. 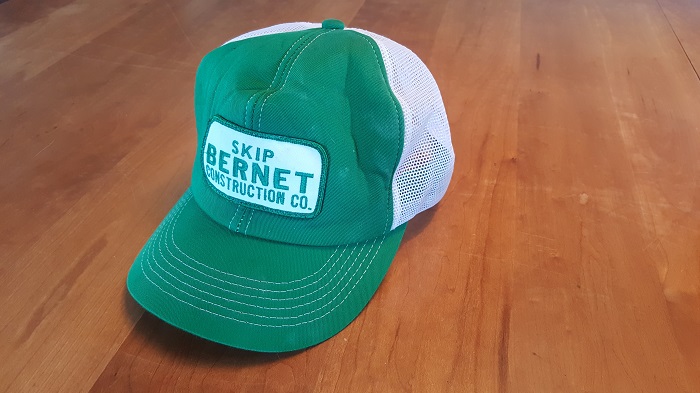 The name I chose was Skip Bernet. I was in the habit of wearing a Skip Bernet Construction Co. cap - like, all the time - back then, and it seemed natural. It was especially nice because Skip Bernet was a real human and a lifelong friend of my favorite great uncle, Bud Lyman. Bud was the absolute salt of the Earth. He was hard-working, hilarious, and a loving husband to his wife Dode (who, herself is a whole other example of humanity perfected as long as you're asking.) Bud worked for a concrete company after serving in World War II, and was a model of what it meant to know how to work and how to be a decent person. I hadn't actually met Skip at that point, but the glowing way that Uncle Bud spoke of him all the time conferred on him all the endorsement I needed. They were great friends, equally hard workers, and ceaseless practical jokers. Unlce Bud kept me in a constant supply of Skip Bernet caps, too. That was cool, because I wore them out.

This morning, I received notice of Skip Bernet's passing, and I just wanted to take a moment to call out decency as I see it. We can all learn some lessons about how to comport ourselves from the likes of him - being there for friends in times of need, showing genuine affection for his fellow human, valuing the honesty of work, and loving unconditionally.

I was able to meet Skip nearly a decade ago at Uncle Bud's funeral, and he was just as gracious, funny, and swell as I had pictured. I like that. A lot. 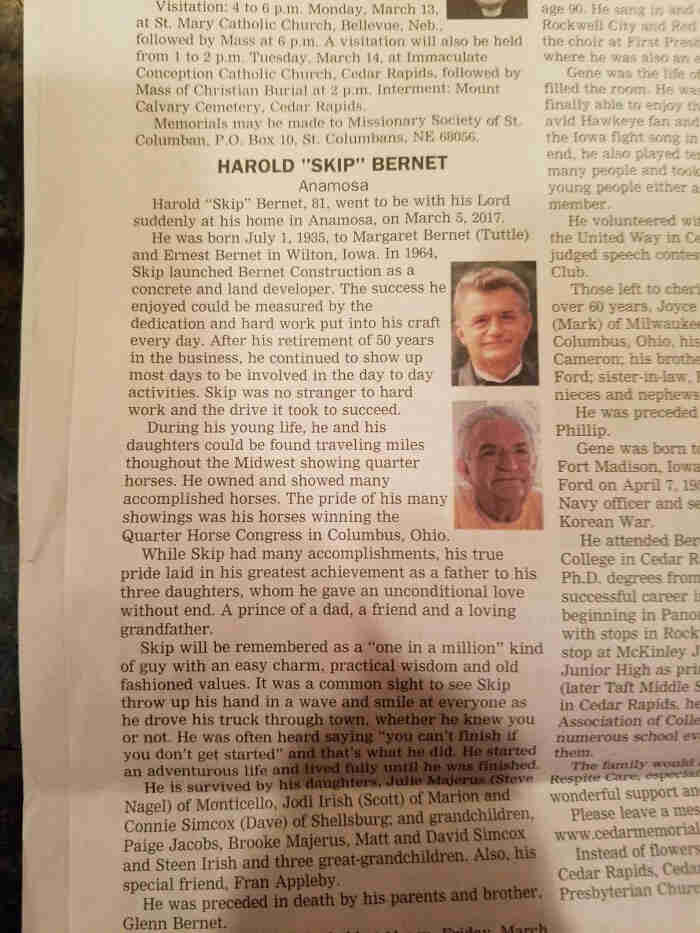