Hello In There: Remembering John Prine

Known for lyrics both hilarious and melancholy, heartbreaking and compassionate, Prine was a master of minor details. He had a literary bent and handled his guitar in a way that made me feel like I could play his songs too. Accessible and endlessly creative, Prine’s 2018 album The Tree of Forgiveness capped off a nearly 50-year career in music that began on an open-mic stage in Chicago, 1970.

Celebrated by the likes of Bob Dylan, Johnny Cash, Bruce Springsteen, Jason Isbell, Brandi Carlile, and more than a couple Surly team members spinning records in their homes today, I came to John Prine’s music late in his career — all thanks to a cousin who chose an off-kilter Prine and Iris Dement duet for the first dance at his wedding.

I saw him live just once, last May at Northrop Auditorium in Minneapolis. My mom called me up one night and told me she had an extra ticket for the show. “Your dad doesn’t want to go,” she said, ratcheting up her disbelief. “Do you?”

I don’t know what my old man was thinking, but I’m grateful he stayed home with his poodle, Gus. While they napped in their recliner, my mom and I drank tall cans of cold beer and danced in the aisles, enjoying a night filled with fiddle, mandolin, steel guitar, and some of the finest lyrics in the American songbook. (I bought that songbook after the show, as a matter of fact, and I’ve been playing the tunes for my toddler ever since.)

Look up “Angel in Montgomery” or “Sam Stone” if you need convincing, or try “Lake Marie” if you just want to hear a good story. And if you want to hear the song that inspired a Surly Bridge Club paint job, check out “Illegal Smile.” John Prine swore he didn’t write it about marijuana, so that oughta help this post get through legal.

“But fortunately I have the key to escape reality
And you may see me tonight with an illegal smile
It don't cost very much, but it lasts a long while
Won't you please tell the man I didn't kill anyone
No I'm just tryin' to have me some fun.” 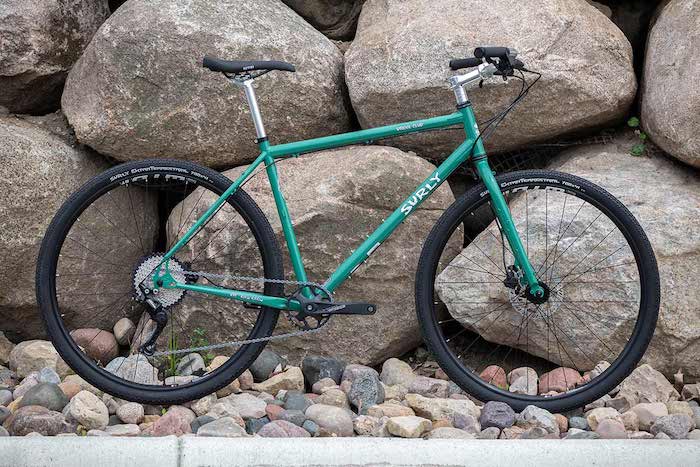 In my experience, there’s two types of people out there: Those who are John Prine fans, and those who aren’t — yet. Rolling Stone rounded up 25 of his most essential songs late last night, and honestly, it’s not a bad start.