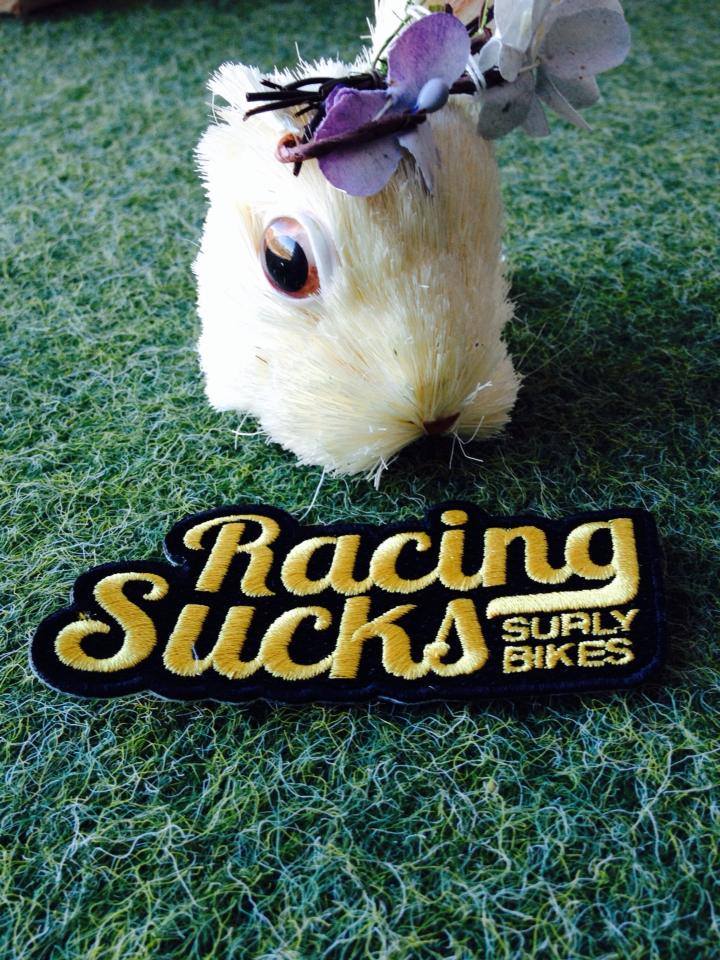 That’s a new patch we just made.

I guess there’s lots of folks out there who really love this one.

I have also heard there are quite a few folks out there who hate it.

My pappy always told me that you know you’re doing something right when there are only people who love it or hate it.

That means it makes a strong statement, and it’s clear.

That patch is pretty self-explanatory.

By the way, it isn’t suggesting (as if a patch had this power) that if you own a Surly bike that you shouldn't race it.  Or any other bike for that matter.  If you like racing, if you think it's fun, then by all means you should do that. You should do whatever you want.  Here is a dude racing on a Surly. 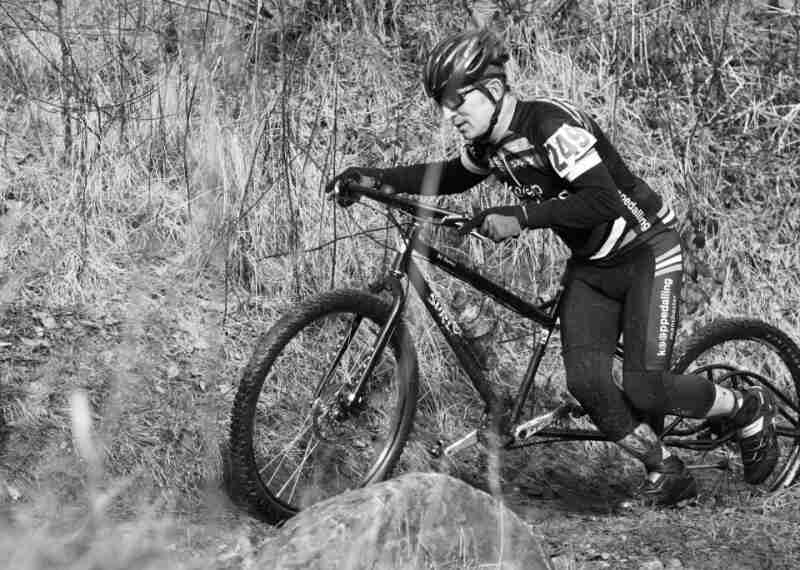 I believe he is awesome.

If you love racing and think it’s the end all be all, then this patch isn’t for you.

We made this patch for people who don’t like racing. So they can sew it onto their hats and jean-jackets and dungarees and wear it with pride, so people will know what kind of rider they are.

We also made the patch for people who do like racing, but think that it in some way "sucks".  There are all kinds of things that I like (or even love) that I think "suck" on one level or an other. (Star Wars comes to mind, man I love that shit!)

Also it will have the awesome side effect of super pissing of their friends who do love to race, and people who don't have much of a sense of humor.

And who doesn’t love pissing off their friends and people with no sense of humor?

So, if you're super pissed off and you’re looking for someone to blame; then look no further. If you want to get back at me, make a patch that says, "Fat Dudes Who Work at Surly Suck!" That'll teach me.