Surly was well represented and, though many racers brought their tricked out Gucci fatbike wall-art steeds to race upon, the two fastest hammers in the woods that day were running the bike that started it all, the tried and true Surly Pugsley. 1st place was Larry “Sarge” Sauber, and 2nd was Heath “Red Squirrel” Weisbrod (who incidentally was riding a single speed Pug).

Larry told one of our engineers, Thor, that he wasn’t really tempted much by the lighter weight “Gucci” stuff out there because he wanted to be able to abuses his fatty without worrying about braking shit. Or it was something like that, who can remember the exact wording between all the snow, the bicycle pedaling and the gentle sipping of sweet, sweet beer.

A shout-out is in order to the folks at Ramsey Bicycles who donated 1600 bucks worth of swag for the race, including a Pugsley frame. You can find them at [url=http://www.ramseybicycles.com]http://www.ramseybicycles.com[/url].
Thor was there with some demo bikes (the Surly engineer, not the God of Thunder) enjoying the race the weather and the massive fire stoked with a leaf blower.
I should also mention that there were five unicyclers in the race, the radest of whom was riding a Surly Conundrum!

Check out that fire! 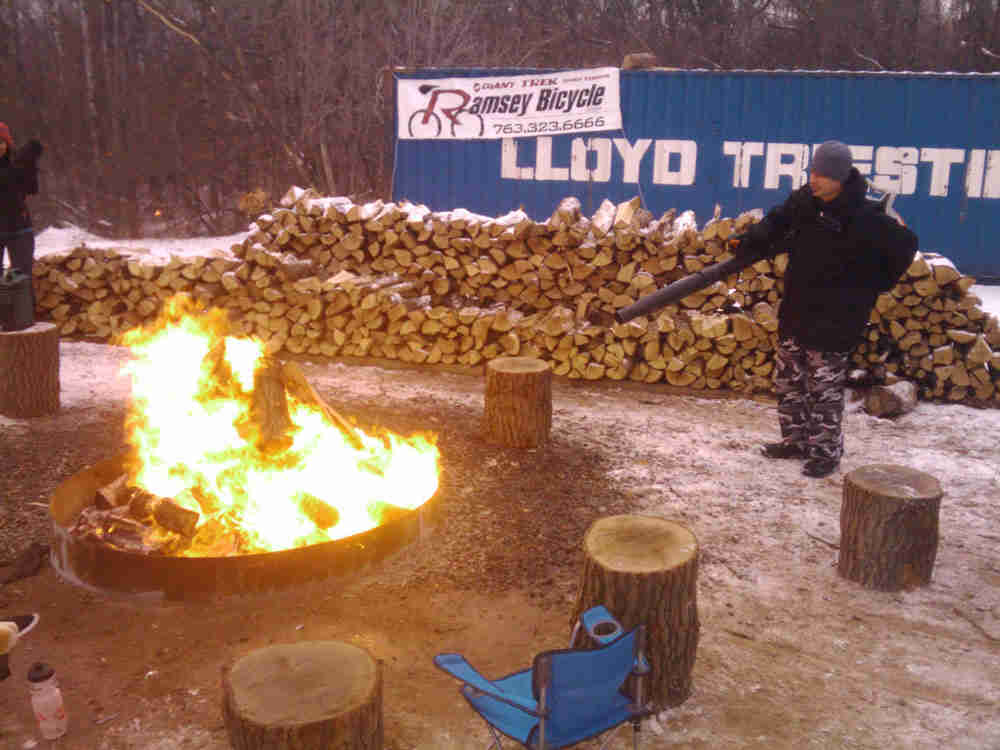