Hello there. I was just sitting here thinking about the next version of the Surly Catalog cause that is what I do. You may remember my last blog post about the catalog covers. Well, way back then I promised to continue where I left off.

Where was I, I believe I left off in 2005 with Grayboy's awesome creepy Jack-in-the-Box clown cover. Here it is again. I love the Grayboy covers. 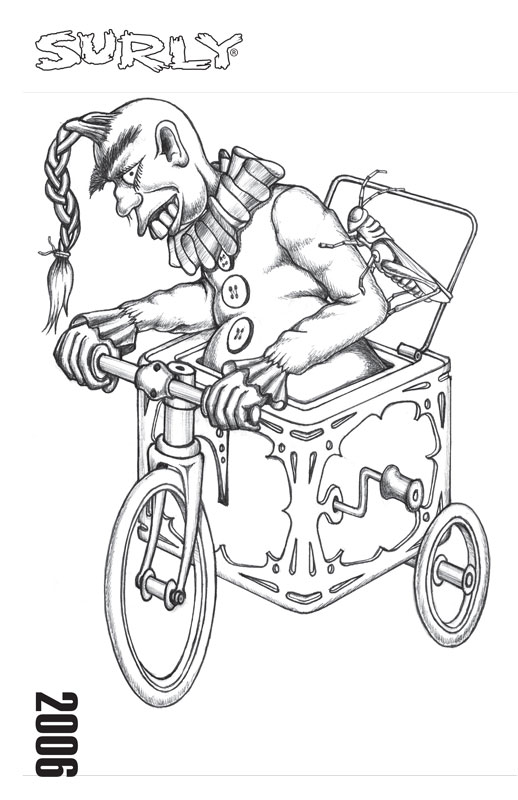 Here we are in 2007 where the venerable Pug was feautured on the Cover along with a gentleman named Jakub Postrzygacz. Jakub travelled 1,250 miles (2,013 km) on a Surly Pugsley along a desolate tract of land through western Australia known as the Canning Stock Route which crosses three deserts, hundreds of miles of sand dune and grassland. Postrzygacz rode from well to well along the route, successfully finishing in just 33 days UNSUPPORTED. All on a Surly Pugsley which earned its stripes right out of the gate. And here is the 2007 cover. 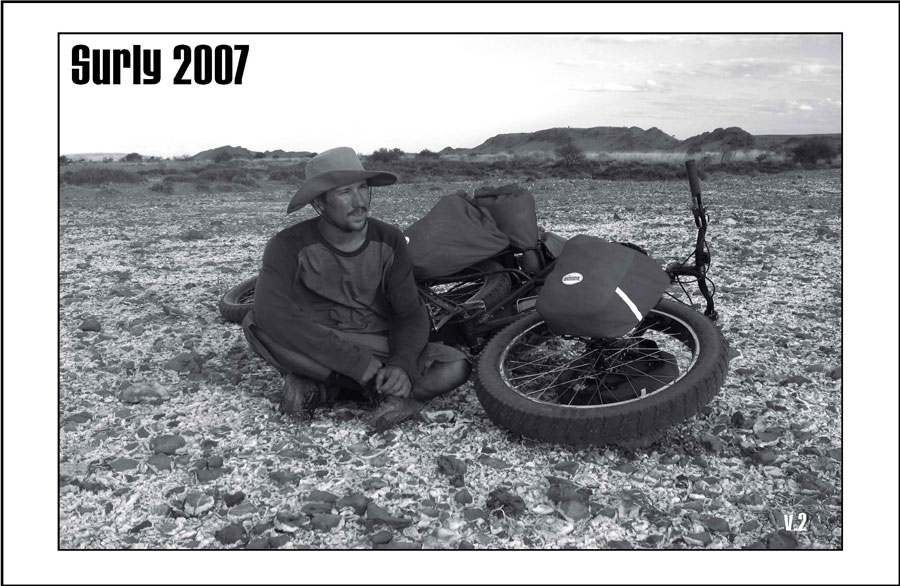 Next is 2008. This is where I come in on the scene. I started here in 2007. I can distinctly remember Corson being really excited about this one. Monkey's on bikes. I remember by design school training kicking in and thinking hmmm...odd choice. But as I got to know Corson and the rest of the guys, it just started to make sense. Monkey on a bicycle. Story checks out. 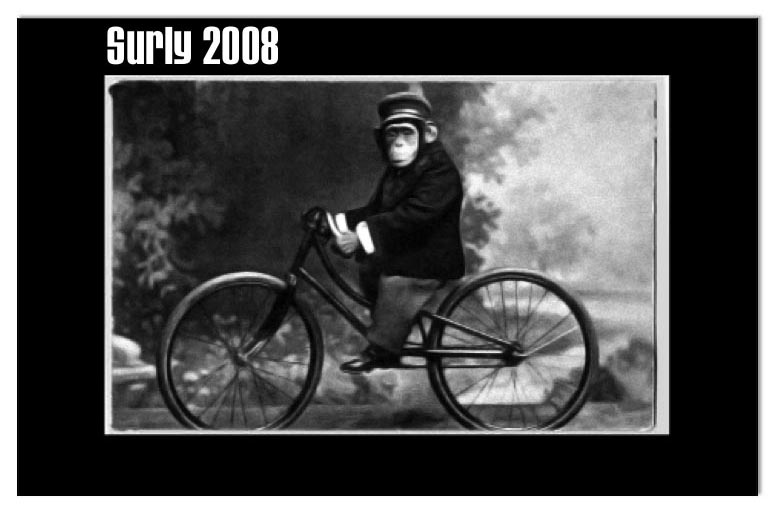 2009 This is another Corson's Choce. This photo was taken on a trip to Taiwan and China.The Surly crew riding cat bumper cars. Pretty sure alcohol was involved. Looks fun. 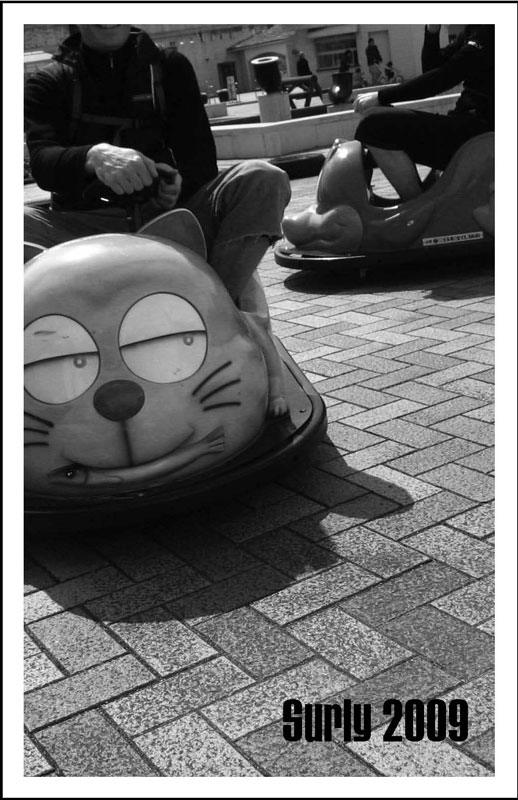 I can remember whare this idea came from. Sort of gets to the point of Anti Fancy make shit that works.  Pretty simple. The bicycle industry is continually tyring to push ever fancier ever more expensive toys to make the previous years shit obsolete. I think this quote sums it up. 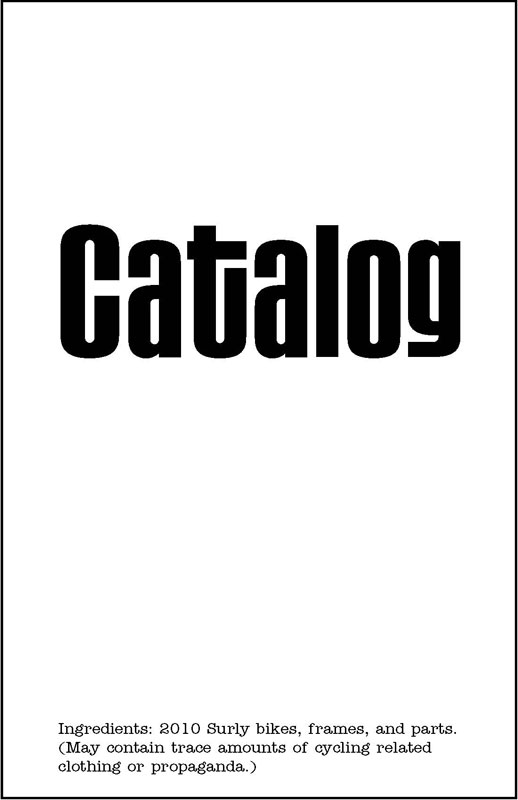 Enter the age of Wood. My good friend and colleage Andy Wood started doing covers. He is a talented artist and we're lucky to have him. He spent a lot of 2010 redoing our website. Check out what our site looked like before and after the refresh.  After plain Jane it is only natural to do something different.  Wood did most of the design work on this site.  This cover features a deer with a gas mask. Woods' thought on this was with all of the increased pollution what would the animals do in the future? Answer: gas mask of course. 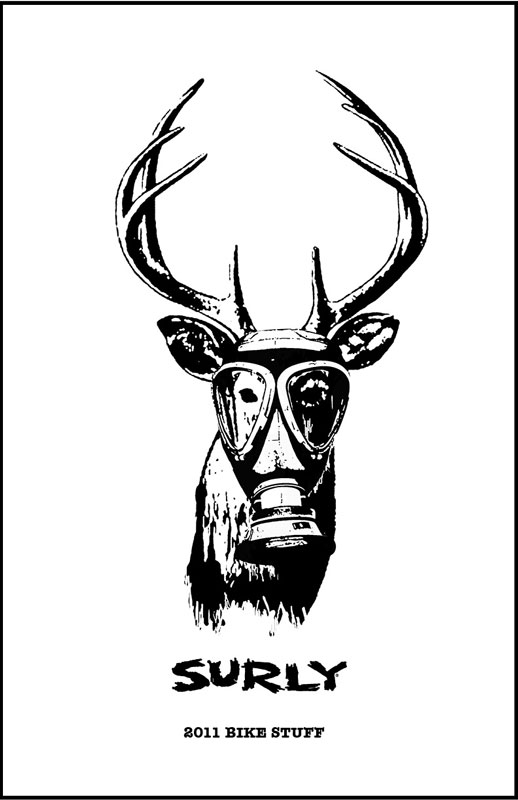 Stay Tuned for Part 3. Until next time, get out and enjoy winter.