Our Own Two Wheels

What an antiquated marketing strategy. Pairing your product or service with something or someone described by the herd of humanity as "sexy'" is an easy way to get attention. The thing with Surly is we know our products can stand on their own two wheels. We don't have to stoop to promoting our products on the backs of human bodies. This is not a path we are willing or interested in pursuing.

This week has been a hard week for women in the industry with some high profile promotional mistakes made by companies with a large female following and companies that have advertised themselves as supporters of women. Two of the best examples are Chrome's promotion with topless women wearing their shoes and a bag handing out promotional flyers. Yes this image can be linked to the Free the Nipple campaign or the recent decision for NYPD to not prosecute topless women on the basis of gender bias, however, using images of women's bodies to promote your product is not supporting anything but yourself. This was also followed up by Interbike including socks with bikini clad women in thong bikinis in their gift bags to all attendees. Both of these companies have many female supporters and responsibilities to these supporters. They failed us. Flat out. They failed the women in this industry. 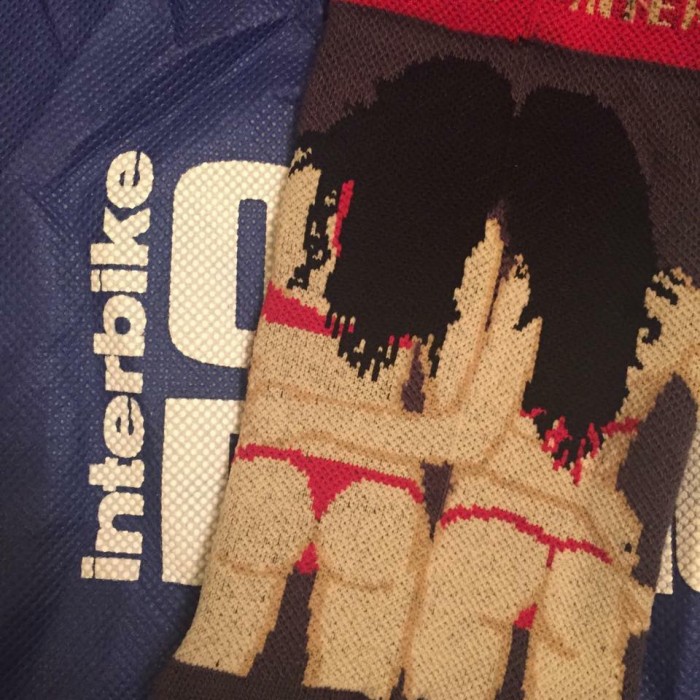 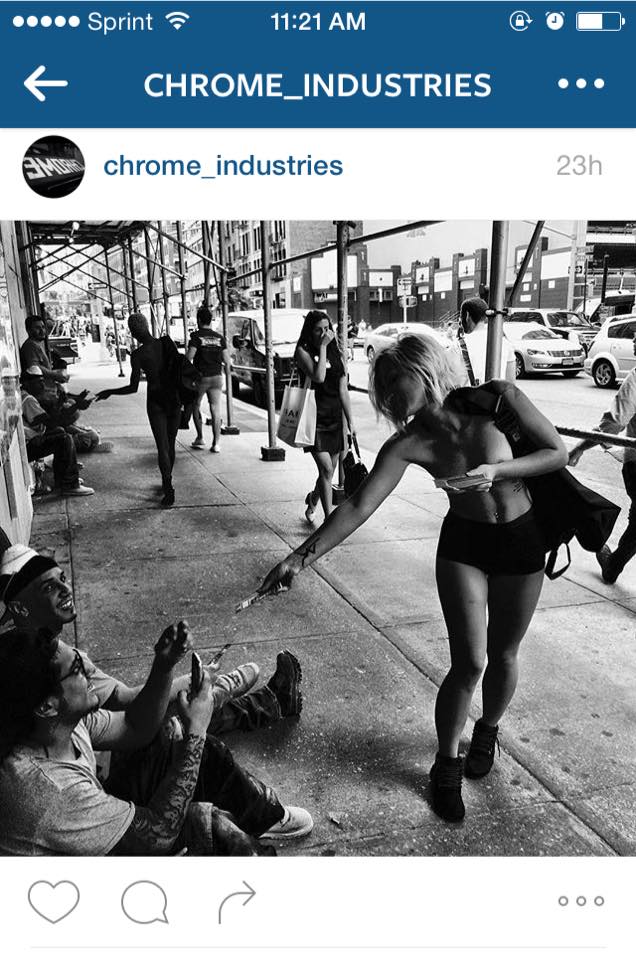 I understand there are many of our friends and supporters out there who will not understand why these instances and the many, many more that happen daily in our industry are "such a big deal". There will be people both male and female that just don't understand how this sets our industry back. How this creates an environment for women to be assaulted both physically and verbally inside and outside of the workplace. I would like to ask those that do get it to continue to talk about these instances. Talk about them loudly and make these companies that make these mistakes understand why it was a mistake and that they will be held accountable. We need to educate people. We need to work to create an environment where people understand body love comes from the person in the body. It is not the job of an outside individual or company to tell anyone that their body is good or bad. We need to take the focus off of telling people how products and services can help them love themselves or hate themselves and focus on educating people. Educate them about the product and service you offer. Don't rely on joining up with movements that have nothing to do with your product or that may be using the human body as a spring board to make your product seen. That's just gross and lazy.

I have personally experienced many issues that have made my work environment a struggle to succeed in. I have and will continue to push though these instances and  be successful in spite of them. I hope to one day be able to dedicate my work life energy solely to pursuing my professional dreams and goals and not have to waste so much on climbing back up when I am knocked down for nothing more than being born a woman.

What could be so bad you ask?

I have been sexually assaulted after a business dinner because the Manager I was meeting with had such a good time he said.

When I confronted a boss about why I was left out of meetings he held with my male peers, I was told I was invited to the next one and it was in his hot tub.

I was told my boss would prefer I be more motherly, bake cookies and make sure the printer paper was full.

I have been told Surly should be "given shit for sending two girls" to a cycling event. These girls were myself, Marketing Manager with Surly and Amy Kippley, Product Manager with Surly. Not that titles matter. It just shows no matter how you promote and hire women the environment needs to change in order to really have an impact.

I was told I should have to register twice, once for each breast, for a recent cycling event I was attending as Marketing Manager for Surly.

I could go on and on. But I hope it's not necessary. I hope this sheds some light on why things like the images put out by Chrome and Interbike and many other companies are in fact harmful and create an environment where people feel it's okay to say and do these things to women in the industry.

I am fortunate to work with a group of men that do not say these things to me. They do not make me feel any less for being a women. Surly supports women. I truly believe this. We have and will make mistakes. All I can say is we will own these mistakes and learn from them. I hope others can say the same. Let's make change happen.