Guest Bloggage : Lucy is a Sinner 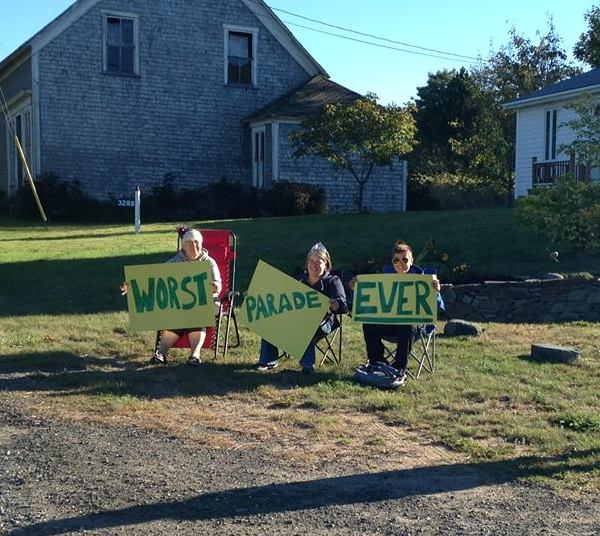 At the end of September I had the pleasure of infiltrating Nova Scotia, Canada. There I rode Nova Scotia's first ever Gran Fondo with Ms. Lucy DeCoutere. I like her version best, so here it is (impregnated with some of my images because she was too busy pedaling to take photos): 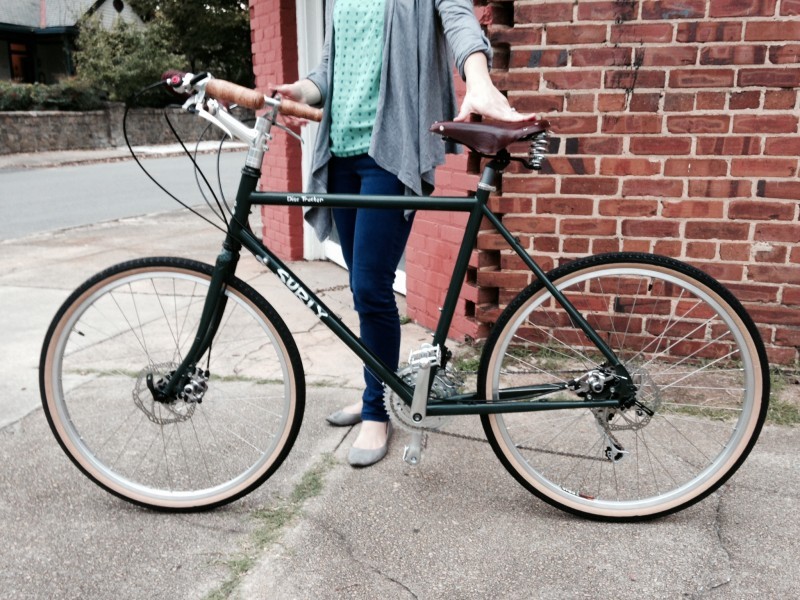 Gran Fondo according to Lucy:

Two weeks ago I rode my very first Gran Fondo after a gentle nudge from Dear Old Jules. I had planned to do the ride, having heard it was a cool way to blow a day. However, Jules was all like 'You could do it single speed.' Mind Blown. It had never occurred to me that it was a thing? 118km. On a stock Karate Monkey with juicy Big Apple Schwalbes when everyone else was on a much leaner ride. That's no joke. I'm in. 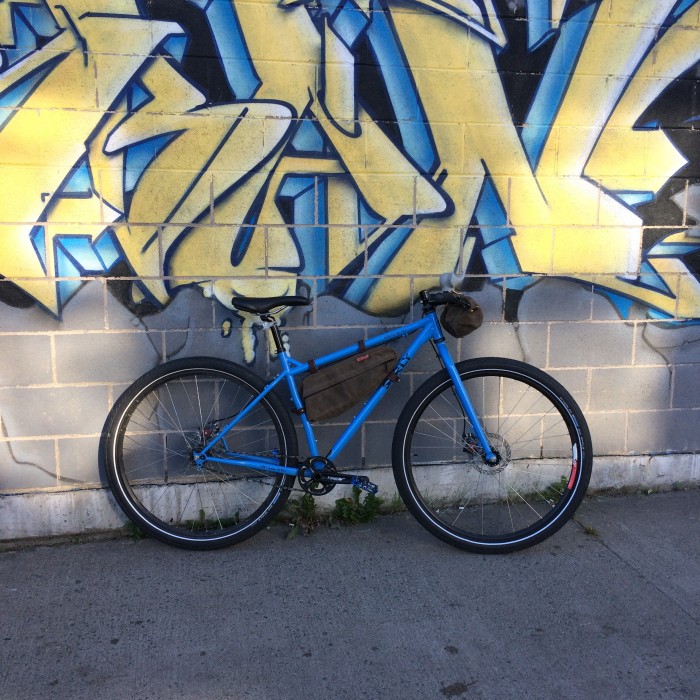 In the months leading up to the GF, I started clocking mileage. What was NOT clear was that I had been cheating. The routes taken were punctuated with lunch rather than water breaks. The requisite hill repeats were included...but for a kick at the end of a ride. I never rode a full 118 kms which was hilly as fuck...with head winds...until this GF, and with the wind my gentle psyche was hit with not one but ALL of the seven deadly sins. Let me show you what I mean.

Lust was what brought me here. Not because I wanted to bang anyone. Not because I could add this to my Tinder profile. I felt like I was lusting after the gorgeous feeling you get when you are  carving a corner coming out of a hill. Lust deluded me. It lied to me. Lust let me down.

Gluttony can be interpreted as selfishness; essentially placing concern with one's own interests above the well-being or interests of others. In the weeks leading up to the ace, I'd TALK about riding. I'd skip hang outs for riding 'I'm going on a training ride...sorry I can't  go to your thing.'  I'd slip the  GF into conversations about TOTALLY other stuff. I was a conversation hog...hoggin' about a ride which made me sound big. Yup. It hurts to admit but I was being a dick. 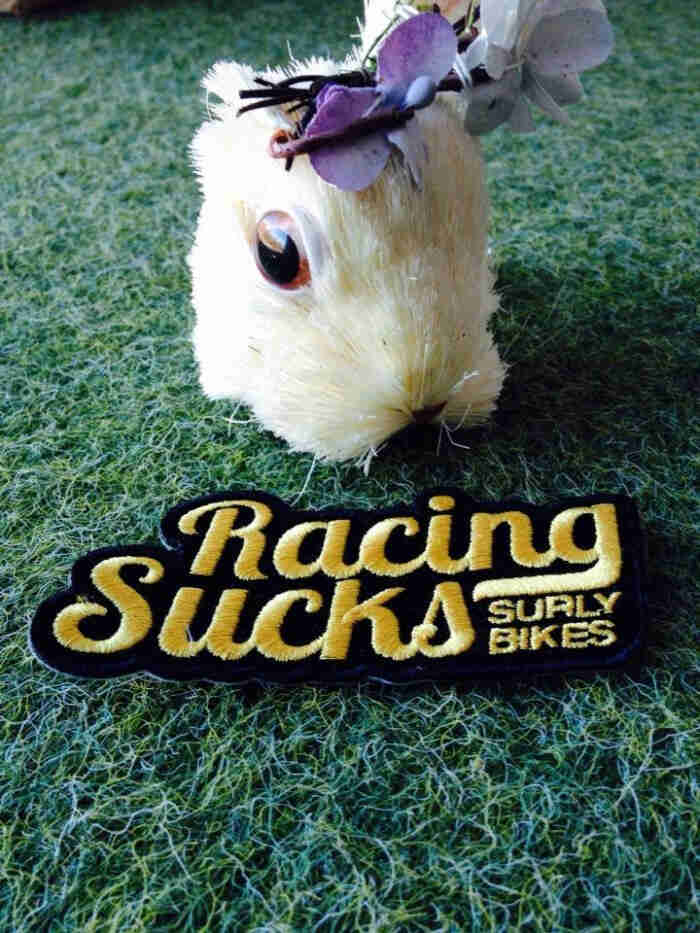 On the morning of the race, Envy for SURE came into play but not in the way I expected. Everyone looked like they were super smooth and as a noob, well, I felt green. It not often that I find myself outside of my comfort zone, but I was feeling it. I think Jules thought it was cute. Me? I just felt like it was grade 8 all over again...over excited and nervous I'd forget to do up my helmet or pull some other amateur bullshit. 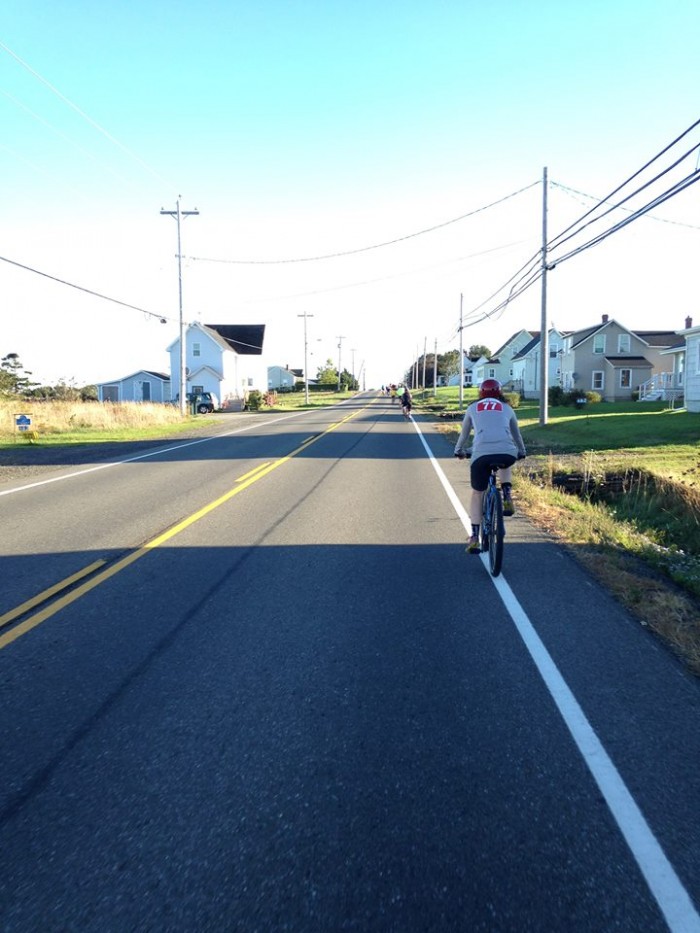 Sloth is the failure to utilize one's talents and gifts. Ah, the French Shores of Nova Scotia sounds exotic...but it was showing me up. To be honest I had been a lazy bum in the three weeks before this race, never really clocking more than 60 kms a ride. I just wasn't FEELING it.  Maybe it was self sabotage which I justified as 'tapering'. Maybe I was too posh to push, arguing that yoga was 'good enough training'. Now here I was, on this ride, cursing hills. At one point I had a fully unreasonable temper tantrum, got off my bike, exclaiming that I was DONE and refused to climb any more hills. That was 40 kms from the finish line. Sigh. Half a Lara Bar and a few chugs of water later, on I rolled. 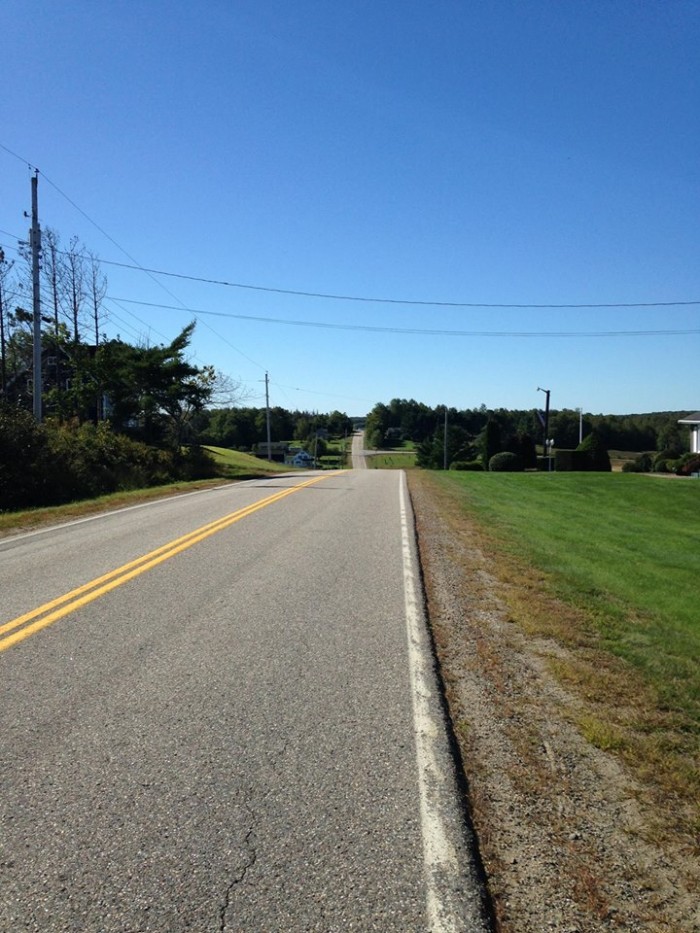 Greed, or 'avarice' which sounds cooler but is gross just the same, is an inordinate desire to acquire or possess more than one needs.  As the ups flattened out, and descents came, I became greedy for the gravity. I NEEDED the speed because right at the end of the coast was another effing climb. And I am COOL with climbs. They are GREAT. But after, you know, 5 hours of hills, I was getting frustrated as any woman can be. 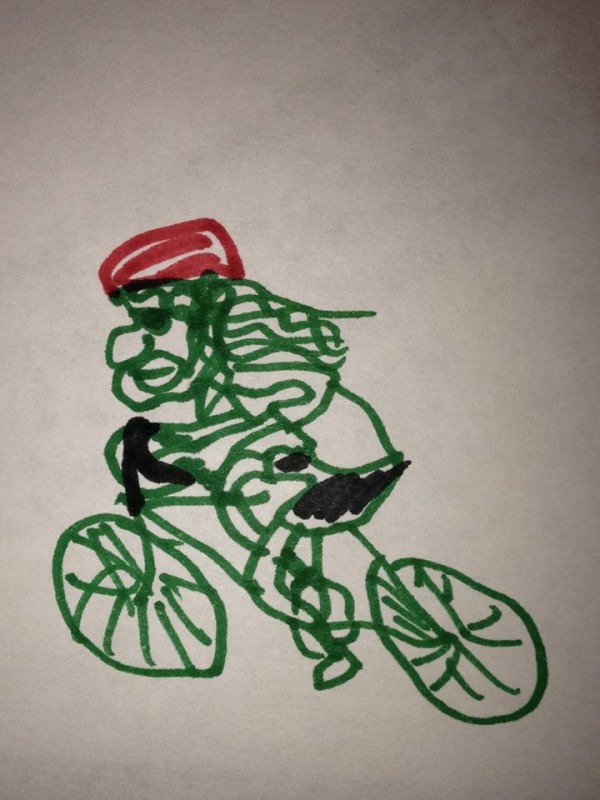 Wrath;  Feelings of anger can manifest in different ways, including impatience, revenge, and self-destructive behavior, such as drug abuse or suicide. The course was way more hilly than I had expected and the head winds were totally harshing my vibe. The sound of the wind became vexing, as was the way it kept pushing my hair into my mouth.

About 20 kms from the finish line I texted to Jules "I would LOVE to have a bus run me over right now". I reckoned, at that point, it would be a 'pick me up'. As I wrote that, I was literally standing next to a humongous church with a Pro-Life billboard.

Wrath had no place at that rest stop. 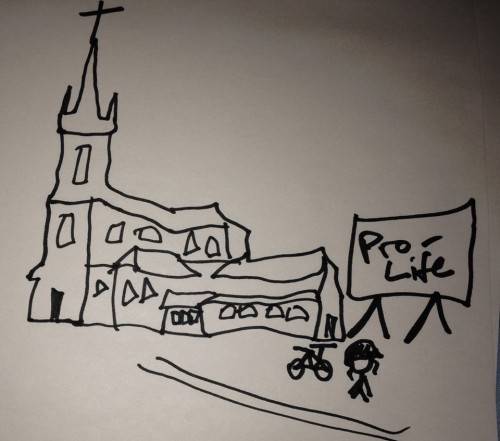 Finally, hours after starting, I crossed the finish line feeling so lucky! Everyone involved with this event, from the organizers to the volunteers to the fellow participants were so happy to be there and so totally cool. It had been a gorgeous early autumn day...head winds and all. Having Jules, Champion of the Planet, travel for this ride was SUCH an kick... She encouraged me to ride the way I chose. My bike held up (of course) and the Frost River bags I had strapped to my bike kept the snacks within arms reach. 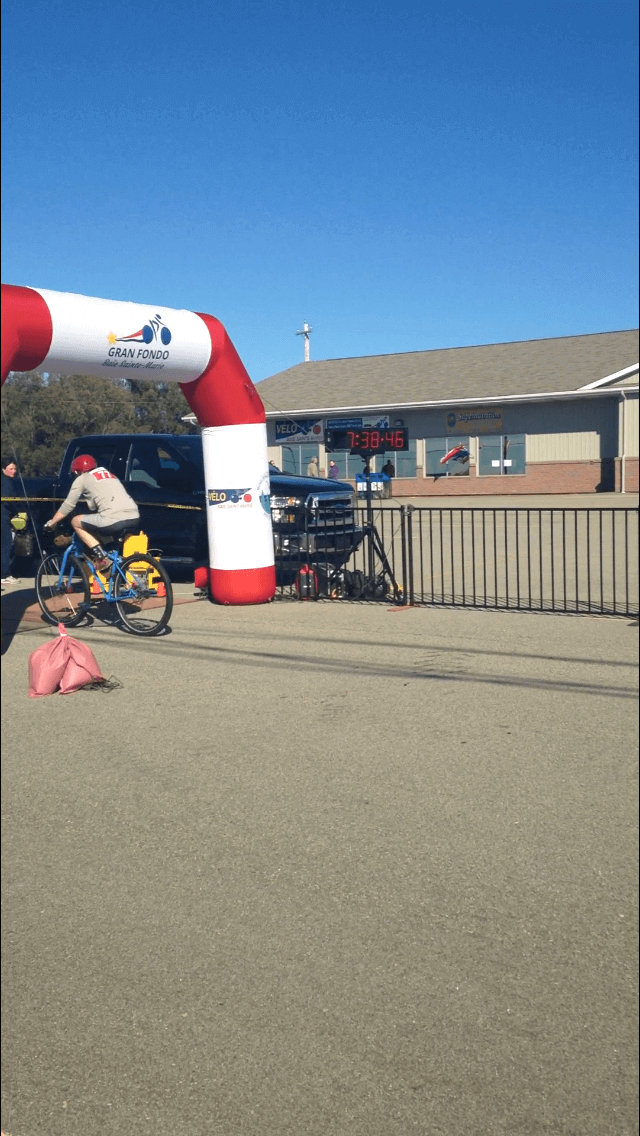 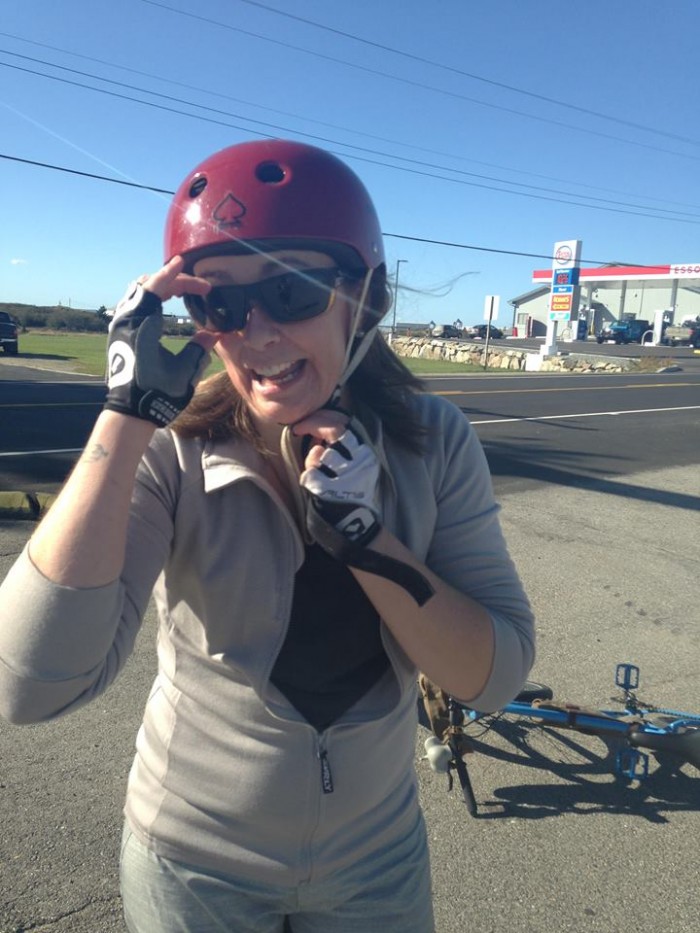 Doing this Fondo on a SS29er made the ride harder than it needed to be. Sure. However, I refused to fall in and get a bunch of Lycra and gizmos and weird 'racing food'. And I am proud of that.

But for some reason, I don't feel proud about finishing this race. Maybe because it showed me what I needed to do for next time. Maybe because once done, knowing if I can do this, ANYONE can,  it's not such a big deal. Till next year.

Next year? I'm gonna podium for sure! (I might have to bring my own.) 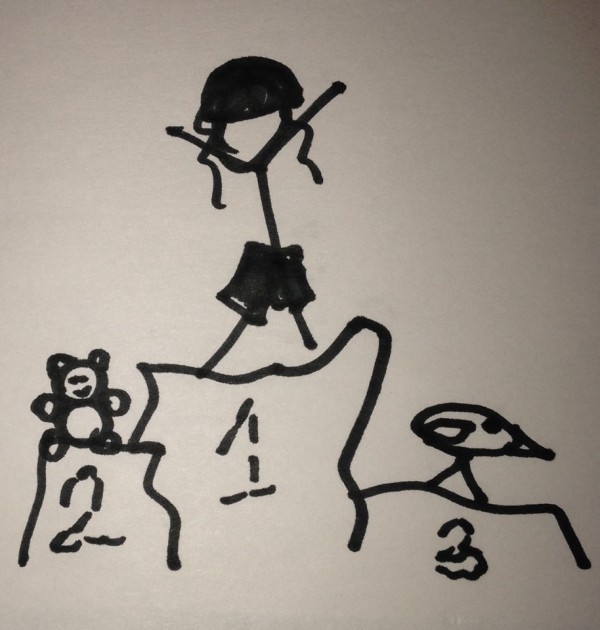