Make It Your Own: The Surlyized Karate Jumper

‘90s nostalgia can send you in a lot of different directions — Power Rangers, Tickle Me Elmo, and Mrs. Doubtfire to name a few. But if we’re time-traveling back to the heyday of Grunge and Crystal Pepsi, this Stumpjumper-inspired Karate Monkey is our shreddy vehicle of choice. Built up for Daisy Day by her partner Adam (Manager of Custom Builds at Commuter Cycles in Melbourne, Australia), the details here are pure bananas. Let’s hear from Daisy and Adam about how this Make it Your Own mood board came to be. 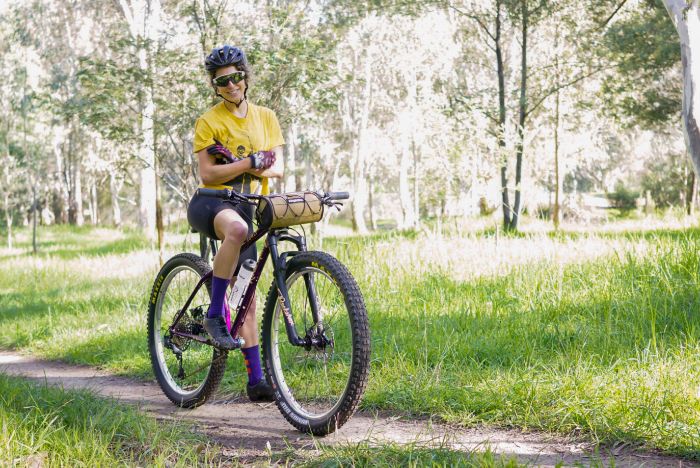 When the Stumpjumper Love Affair Began

DAISY: Being a ‘90s baby, I think I absorbed some of the MTB dreams of my older brother — all the turquoise, purple, and being fucking cool. Because we were poor growing up, my dad would just find us old shitters on hard-rubbish — pretty much exclusively steel frame hardtail MTBs that were complete crap. They were fun though. And mostly purple.

Now that I'm grown up, I still want to have fun bikes. I want my bikes to give me that childlike feeling whenever I ride them. However, I'm quite practical in nature, and riding an actual ‘90s hardtail isn't practical and/or comfortable to be honest. 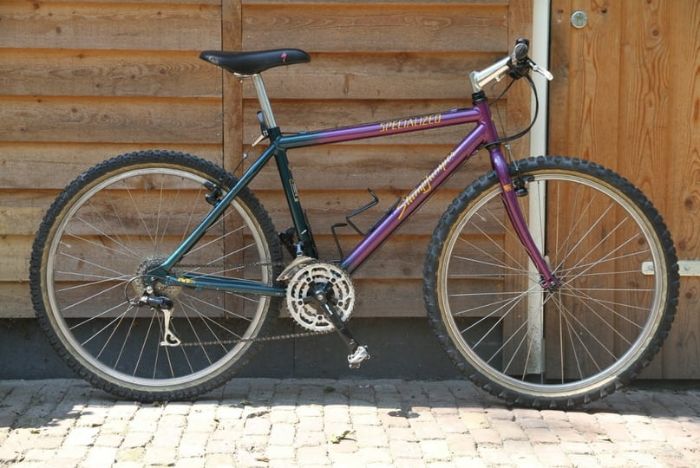 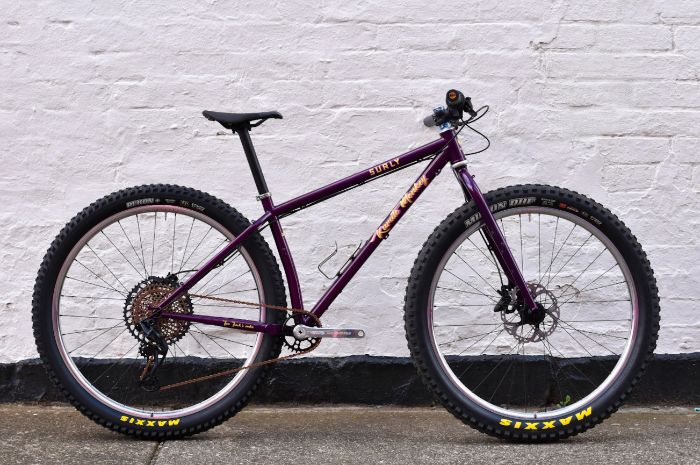 ADAM: For as long as I've known Daisy, she's been sending me links to eBay and Facebook marketplace. Links to early ‘90s Specialized Stumpjumpers, being like 'will this fit me? Will I enjoy riding this off-road?' Basically, since she was a kid, she has wanted a purple Stumpy.

As you probably know, good-condition old Stumpys are hard to find (especially in Australia). And realistically, they’re not that awesome off-road compared to new stuff. Daisy rode a friend’s Karate Monkey a few months ago and it instantly became a bike she wanted.

DAISY: Since Covid lockdowns, I started riding a lot more, put gravel tires on my Surly Straggler, and found desperate trails within the bounds of "Metro Melbourne." I joked with my partner Adam about getting a Karate Monkey so I could finally become the ‘90s mountain-biker of my dreams, but never thought I "deserved" it. I had some picture in my mind of needing to be a better rider to warrant getting a rowdy front-suspension MTB!

One of the crew at Commuter Cycles owns a KM — conveniently my size — so Adam suggested I take it for a spin to see what it felt like. I basically rode it for all of 5 minutes. Rode up a few curbs without even feeling a bump and it fit me like a glove. I said to myself, "Get it girl, I need this bike." 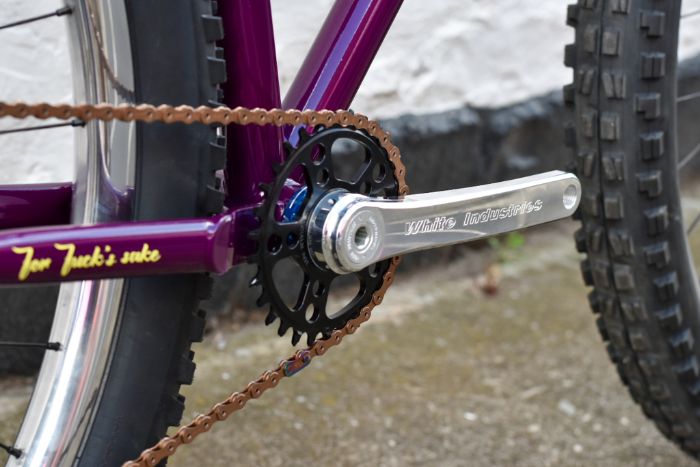 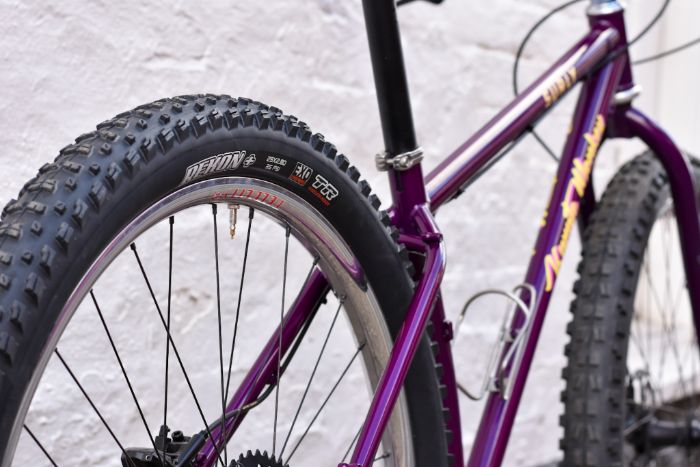 ADAM: Daisy really wanted to start riding some more technical trail and to do some bikepacking in the high country not far from Melbourne. Bulk traction and being super forgiving were the main things I hoped to achieve for her and that seems to have worked out already.

DAISY: I learned how to bunny-hop on it. Learning how to manual is up next. I’m also riding though Far North Queensland with Adam for my birthday in August! To be honest, I just want to ride it every day, I can’t stop looking at it.

Yeah, We Can’t Stop Looking at it Either

ADAM: It's basically my job to come up with rowdy ideas like this. My co-worker Melissa Hooper (@mel.hoops) designed the decals to resemble elements of both ‘90s Specialized and the current Surly decal kits and I think they came out great. The overall colour is a two-stage powdercoat with some insane depth to it — you should see this bike in the sun!!! 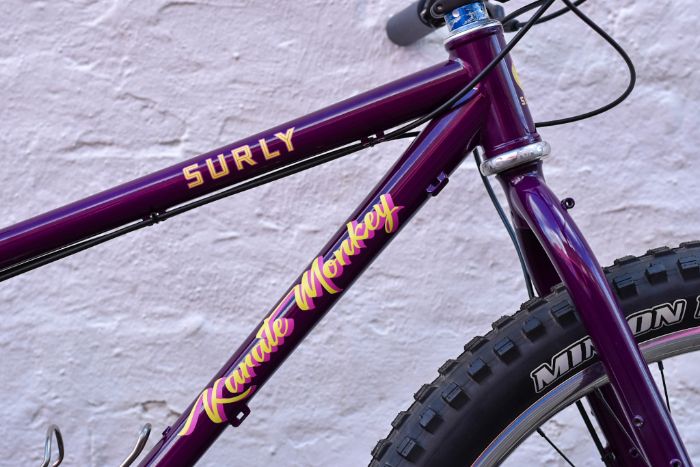 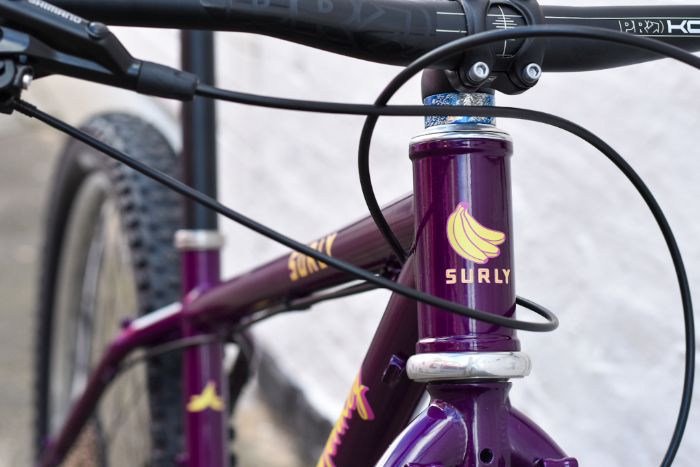 How Was Working with Commuter Cycles?

DAISY: OK I'm maybe biased. In 2019 I met Adam at Commuter Cycles. I was getting my Surly Straggler set up. We bonded over squealy brake issues, front racks, and planning adventures. Aside from that though, Commuter Cycles was always my go-to local bike shop. The people that work there are relatable — boys, girls, queer — that diversity seems so rare in bike shops/mechanics in Melbourne.

Commuter also really helps your bike dreams come true. They care about your adventure plans, they know how to put bikepacking gear on tiny-size bikes, everything!

Shout out to Mel Hooper for the amazing decals, to King Hubs for making me one of those wankers that can’t be without that expensive buzz following me around, and Adam for trying hard to keep the KM build a secret (he can't keep secrets, it lasted all of five seconds) and for being the best adventure buddy ever, I love you so much:)). 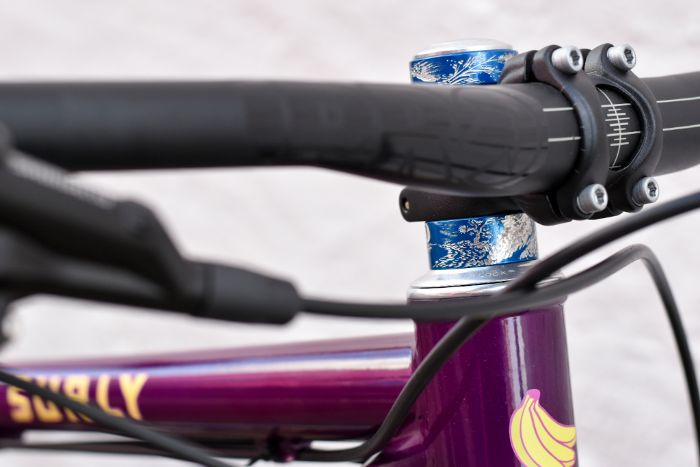 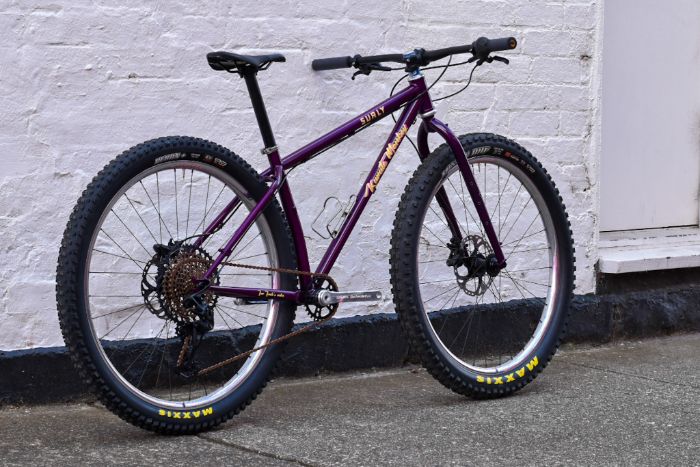 Big thanks to Daisy and Adam for building up a one-of-a-kind throwback and sharing it with the rest of us!

Editor's note:
As a thank you for sharing this amazing build and story with us, Surly has financially compensated Daisy and Adam and has also made a monetary donation to Pay The Rent in Australia on Daisy and Adam's behalf. Pay the rent is a grassroots collective that supports the Australian First Nation people on the lands of the Kulin Nation in Victoria, Australia. To learn more about Pay The Rent you can check them out here: https://paytherent.net.au/