I often travel alone. This is a habit I’ve picked up long before joining bike industry ranks, but this tendency hasn’t died down much working in product development. The need for project secrecy has provided a nice excuse for me to steal away solo for a few days to test out unreleased prototypes and evaluate dusty slow-movers that may be nearing their retirement.

With winter closing in, and product visions starting to take form for 2020, I knew I wanted to spend some time in the saddle before snow started falling. I decided to plan a route departing from Bicycle Times Adventure Fest in Mt.Solon, VA. I set Cincinnati as my ending destination and lay out maps to piece together roughly 500 miles in 5 days. I set a route as a framework, knowing I could use some better local knowledge each day to hone in my exact plans. And then I packed.

As days grew nearer for my departure, there was a fair amount of uncertainty being tossed my way. I hadn’t overlooked that this trip, just as all my solo trips before it, would mean traveling alone as a female, but it was consistently being brought to my attention. There were the wide-eyed stares, the ever-present question of “ALONE?” General trepidation, through tight lips and headshakes. Banjo playing was mentioned. I’d triggered a fear in a growing number of folks around me. If riding alone wasn’t baffling enough, it was downright unnerving that I intended to camp.

Maybe it’s my own stubborn ways, instinct combined with experience, or maybe it’s living with a banjo player, but these reactions didn’t faze me too much. I’ve spent many solo miles both on bike and hiking. I’ve found that the most harmful folks typically aren’t wandering the backwoods, they’re smiling through clenched teeth in as they pass by gripping the wheel. But I took a few precautions anyhow, duplicating my GPS files with paper routes, found hotels to use if camping looked questionable and I packed an extra set of lights. I also brought along a bright orange stocking cap and two camouflage cozies. If things were going to go sideways I may as well make a friend and embrace it.

And then I left.

Sure, there were no trespassing signs and barking dogs. The heavy fog in the mornings that could have served as a nice backdrop for any Halloween thriller. There were a few aggressive honks, and a semi or two that crossed over the shoulder line to remind me they were bigger than I was. But on the hop over Virginia’s boarder through the slow crawl across West Virginia to Ohio, I can count few moments where I was truly alone. I spent much more time talking to single lane construction stop sign holders, gas station attendants fueling my Little Debbie binges, bike shop family I hadn’t met before, and the usual sort of strangers one becomes immediate friends with when riding a loaded bicycle long distances. It’s pretty easy to keep staring sideways at one another, but you learn a lot more about where you are when you exchange a nod and hello.

In the end, I returned home with sore legs and a few addresses to send postcards to. Traveling solo isn’t for everyone, and that’s ok. You do you. But if you’re feeling the itch to get out alone, don’t be deterred by the fear of others. A snapped twig is rarely a murderer. Planning goes a long way. Just check in. Make sure folks know where you’re going and how you intend to get there, ask for help when you need it. Don’t forget to loosen the grip and look around once in a while. 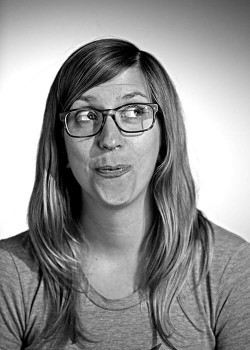