Kickstands for Some, Little American Flags for Others

It's not really a secret that we've had a troublesome relationship with kickstands. A while back, we had a couple of reports of people crushing the chainstays on their Long Haul Truckers through immoderate use of force when affixing a standard kickstand. Essentially, our stance at that point was that you can use a kickstand to your heart's delight, but going Hulk on the mounting bolt might cause damage that is not of the warranty variety. This led to some backlash. Maybe we were a little grumpy about it, but that's just who we are.

I'm a big fan of leaning my bike against stuff, but I do also appreciate the occasional "bike magically remaining upright on its own" vibe, too. So, personally, I've used a kickstand in a number of iterations of my Long Haul Trucker builds.

With that in mind, we tasked our nerd pool to birth a solution. Here is is: 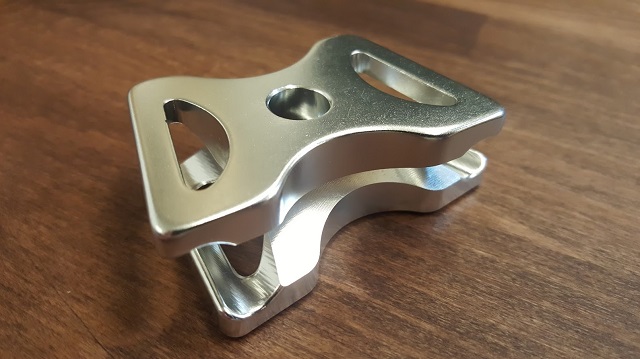 These two plates will sammich nicely on the chainstays of your Trucker - be that Trucker 26" or 700c, disc or non-disc - and allow you to mount any number of kickstands thereupon. Given that we're all in the universe and that entropy happens, there's probably still a way to misuse it. However, barring gross non-adherence to the supplied directions, you will be able to stoutly mount your kickstand and have that sucker hold up your bike.

So, they'll be in stock shortly - like next week. Have your bike shop order one up when that happens. KI0010 is the part number.