I finally got fat 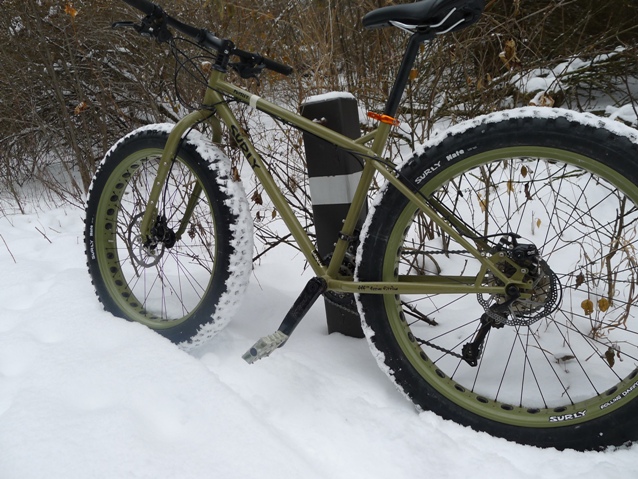 Saturday was my first fat bike ride. Ever.

I know what you're thinking, "What the hell, he works for Surly and he's never ridden fat tires?!"

You see, when you are a poor college student, then a poor post-college student with a small mountain of debt, a fatbike falls down the priority list.  A guy has to be able to buy beer right?  I was rolling around this fall on some Large Marge rims with 3” knards on my 1x1 and feeling pretty fat and cool.  Then, as often happens in MN, it snowed.  Those 3” tires didn’t feel so fat anymore.

I needed to bulk up for winter

I got my hands on a Pug Ops on Friday and put it through as much shit as I could over one weekend.  I rode it to the grocery store, the bar, the corner store, and finally on some single track.  I was limited to relatively short rides because the high was hanging around the zero mark.  Even though my ride time was limited, my first impressions were nothing short of amazing.  I rode my cross-check to the holiday party on Thursday and all I could think about was my front wheel slipping on the ice-slush-ice shoulder, falling in to traffic, and getting my head run over.  I rode the pug to the bar on Friday night and it couldn’t have been more of a different experience.  I was rolling over every ice ridge, cornering with confidence, and blasting over every snow bank I could find.  Sunday I got out and rode single track for a couple hours.  It was a different feel than riding dirt (obviously) but after a mile or two I was able to learn some of the bike’s limits and had a blast.  I rounded out the day with a couple beers and a slice at Luce, and most importantly a shit-eating grin.  No doubt, this is the first fat ride of many.

So now that my fat bike virginity has been taken here are a few take-aways I leave you with: 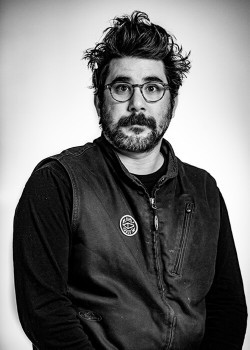 Well hello there, meet Ben, aka Slippers Cortez. Ben is one of the Engineers here at Surly. When Ben isn’t doing bike math and drawings, he’s likely enjoying a beer and playing the mandolin with his brothers in their folk/bluegrass band, The Thirsty River. If you don’t know what a mandolin is, there’s a google for that. If you meet Ben, you’ll notice that he’s the most Minnesotan person you know. We mean that in the best of ways of course. So the next time you're straddling your Surly, think of Ben, because he just might be thinking about you too.