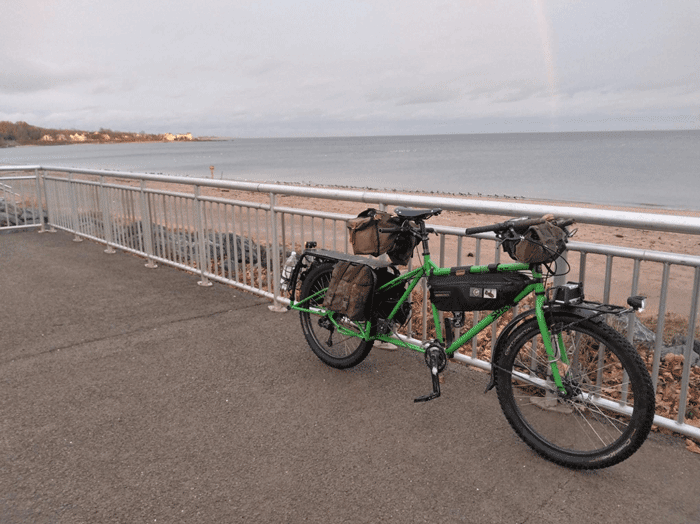 I think that I am the following answer: I landed in Hell’s Kitchen in 1994 but am currently a Staten Islander. I currently work for Citibike as a bike train operator/rebalancer. A bike train is an electric assist pedicab with a trailer that shuttles the bike-share bikes. Sometimes we hook up two trailers. I am an enthusiast of real and model trains. When I pedal up hills I make steam whistle noises in my head because I am not in a car and am my own engine. I like to re-watch the movie Maximum Overdrive and then go ride my Surly with that same attitude. 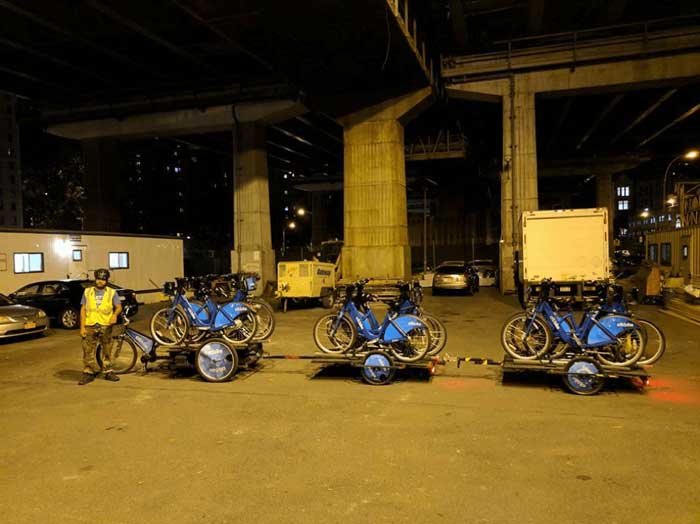 I learned to ride very early. I remember riding the loop around the local park next to the Hudson River and riding through the water sprinklers in the summertime. My family moved to Staten Island in 2005. Eventually my small BMX bike proved inefficient and I got my first bike with gears the next year. It was a Diamondback Response and I had it up till 2015 when I donated it to a local shop called Recycle a Bicycle. During my first semester in college in 2012, I really realized how untrustworthy my local bus in Staten Island could get. I said I wanted a pair of locks for my birthday and I was gonna ride to school starting in January. Ever since I have just been riding anywhere I can because it makes the most sense to me. I can customize my transport to my liking and go where I please, at my pace. Not the pace of the tailgating motorist behind me. Not the schedule of the expensive leaky bus that seldom arrives.

I took the suspension off that Diamondback as it wasn’t doing any favors got a Surly Instigator fork for it. I rode it for school transport, 14 miles round trip and for work as a delivery guy in Manhattan after leaving. I ended up getting my driver’s license at 21 in 2015. I rode my rat-bike Sears frame fixed gear to the test and passed it on the first try, to the amazement of the local sheeple. Rode home with a smug grin as I wasn’t gonna stop riding my bicycles anyway.

In 2016 I did my first bike trip where I started in Philadelphia. I bussed my bike with me from NYC, a three-speed Hercules I had built a drum brake wheelset for. A few stops on the local metro and I was on my way to Amish lands for the Strasburg Railroad. I also checked out the Pennsylvania Railroad Museum and the National Toy Train museum. It was a blast of on-the-bike accomplishment mixed with in my railroad interest.

After volunteering at Recycle a Bicycle on and off for a few years, in 2016 I was offered a job as a mechanic. I purchased a fresh Big Dummy frame that November. I built it up with parts from the shop and ever since it’s been my flagship. It’s effectively part of my attire. In 2018 I got the itch for a more off-road capable rig that could be my Dummy’s fallback. I purchased a Pugsley Ops secondhand from a member of a Facebook group for Surly and Salsa bikes. 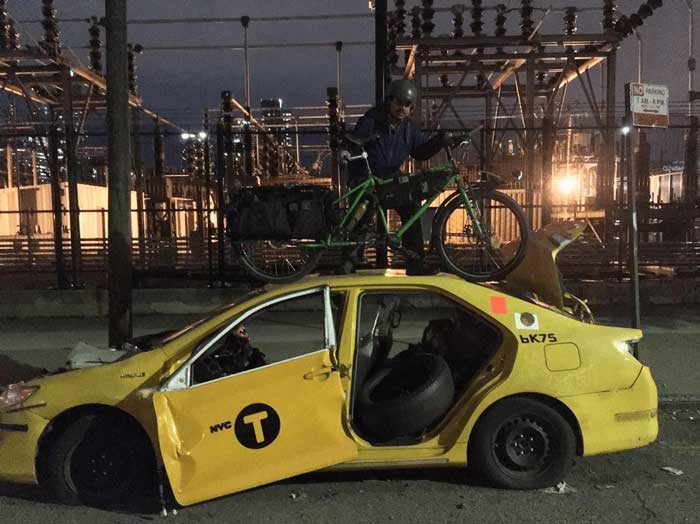 My Big Dummy embodies why I started riding. I call it Kabkiller because I’ve been hit on it twice and bumped at lights many times by these awful ugly yellow street ROACHES. But it’s still here and it has never lost any of its purpose or personal value. I use my Dummy for supermarket runs, commuting, general putzing. I have taken it on short tours and bikecamping trips. It’s been to Pennsylvania where I rode from Philadelphia to Hershey Park. Then to Reading for a steam train excursion ride. This was done on an under-geared 8-speed Alfine hub.

For the last 6 months, the Dummy has sported a 2x10 drivetrain which I appreciate a lot more. Tubeless Velocity Cliffhanger rims laced to a Hope Pro 4 rear and Shimano Alfine dynohub up front. I used a bar end shifter for the front derailleur. The shifter is mounted on my rear passenger bars. My front derailleur shifter is behind my saddle, and my rear derailleur shifter is on my handlebar! I have had a few bars on it (trekking bars, mustache), but my current and favorite is the Crust Jungle Runner bar with green Brooks leather wrap. I wish I could get a pair of those for my Pugsley! Over the time I’ve had it, it’s become my daily rider. I have never been all that fast so I don’t mind moving this tank around. I just want to get there with myself in one piece, my cargo, and my Surly cohorts.

I have been into buying surplus clothing and bags since high school so it has sported an array of different non-bike-specific bags. The bike has proven receptive to using whatever you have on hand.

Aside from commuting and errand running, the bike has been a great touring/camping rig as well. With a 22-36 low gear, it will climb hellish hills with a load because it doesn’t tip backward. I want to go down to a 40-tooth rear just to see what I can really do with it. It regularly makes the haul from where I live in Staten Island to the ferry and into Manhattan for work. If I don't haul it onto the train it's about a 15-mile ride door to ferry, then about four miles in Manhattan.

I have also taken it on a few of 718 Cyclery’s monthly micro tours. Being able to get out there on a semi-regular basis with like-minded folks and the shop crew has been a great experience. The shared knowledge from the people I’ve met is invaluable. 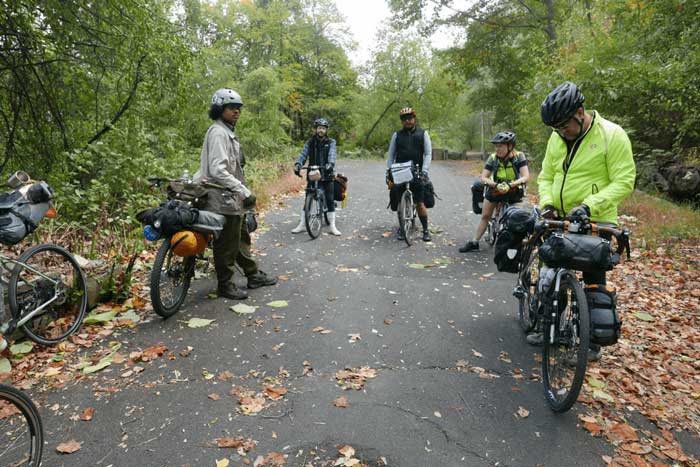 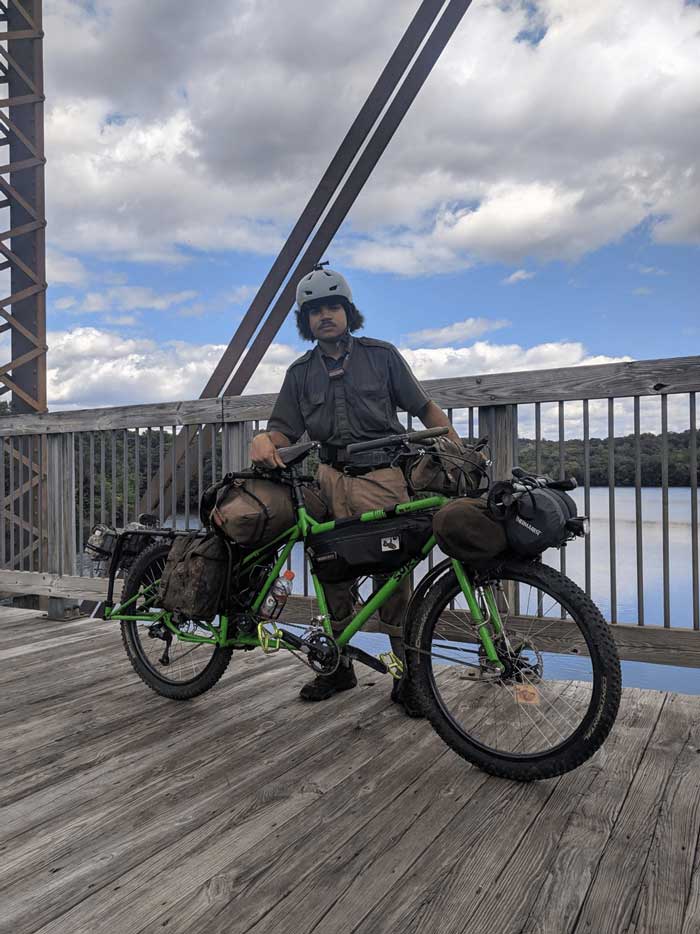 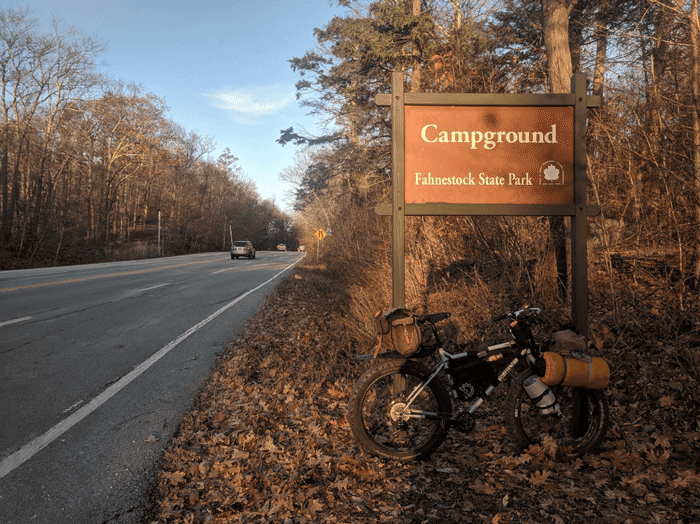 I mentioned that I have a 2016 Pugsley OPS. I fall back on that when not riding the Dummy. The Dummy is definitely capable off-road but the Pugsley is the best dirtsert (dirt dessert). It has been updated with MOBD rims, Hope pro 4 rear and Salsa Enabler hub. The stock wheelset will be for snow-commuting duties. It is adorned with Jones riser bars, two Blackburn cargo cages on the fork and a Carradice camper longflap that I've had for a few years. This Carradice bag came along on my first bike tour. I like being able to mix up terrain and surface during the commute. Hit the gravel path to the beach, ride some sand, and then the asphalt in between. Throw in some stairs for a great proving test. If I have the day off, my path knows no bounds with this bike. 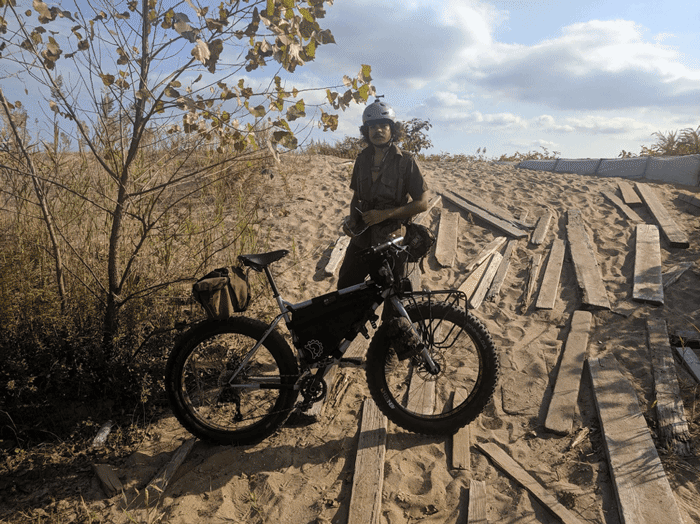 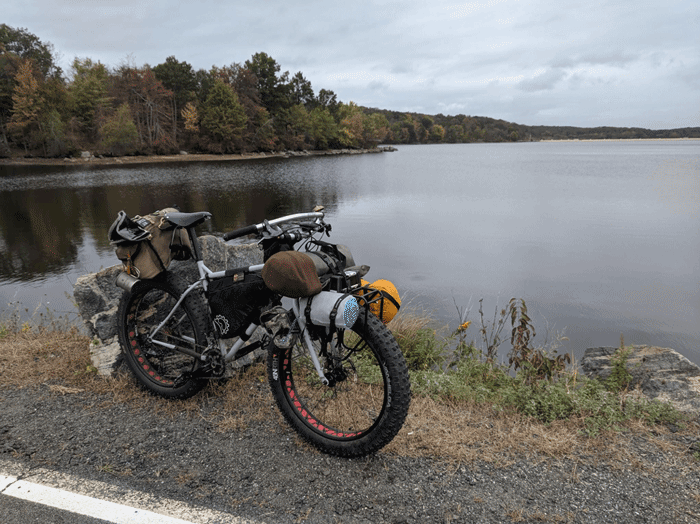 So far I can say my first bike tour in Pennsylvania on my Hercules 3-speed. It was very inspiring how well my tour went. My bike that I overhauled on my own held up for ten days. My first wheel build stayed true. It was a combination of bike and railroad fanning when I visited Strasburg. I stayed at the Red Caboose motel where you sleep in converted rail cabooses. I watched a Star Wars movie shown from a projector in an empty barn and had the place to myself. Spent three great final days in Philadelphia exploring on my bike for the first time outside of NYC.

I want to go to the American Southwest. I have never been to the West and I feel I have a capable platform for an adventure! I want to take my Dummy to White Sands, visit Shiprock and have a taste of purely off-road and open space. I imagine the air is cleaner than it is in the big city as well. 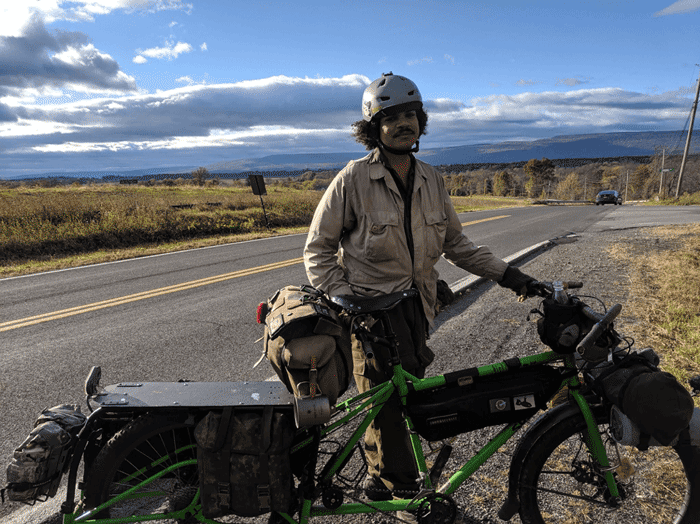