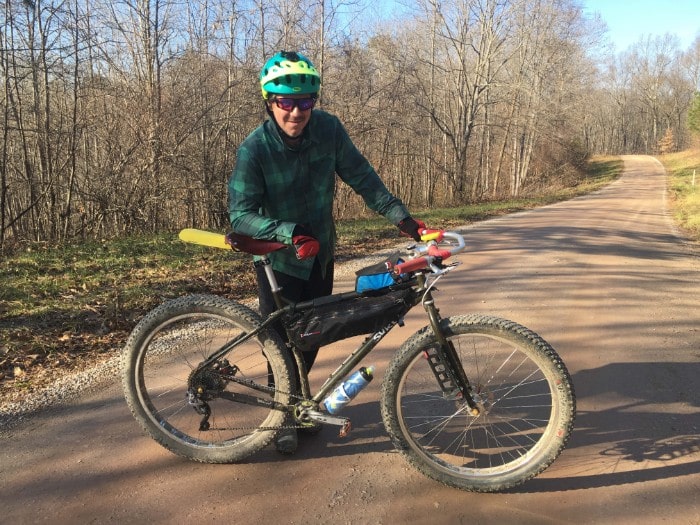 I am a father to two beautiful girls, a husband to my wife Jen, a Graphic Designer by trade, and an outdoor enthusiast. Spending time outdoors is one of my greatest passions, whether it is an epic bike ride, camping, or catching fish out of my kayak in a nearby river. I consider a long bike ride that ends with a campfire and good beer to be one of life’s greatest pleasures.

At age 5, I learned to ride on the neighbor's bike, which was a girl's drop cut frame with an, especially low banana seat. I distinctly remember kicking it around the cul-de-sac until I could pull my feet up and pedal. I was incredibly happy that day! I knew right then and there that bikes were one of the best things in the world.

I truly fell in love with singletrack in college at Ohio University in Athens. My rides usually involved long stretches of gravel roads leading to single track. The trek from my dorm to the trails often left me famished. The cafeteria cereal dispensers were hit particularly hard those days. Those were the days! 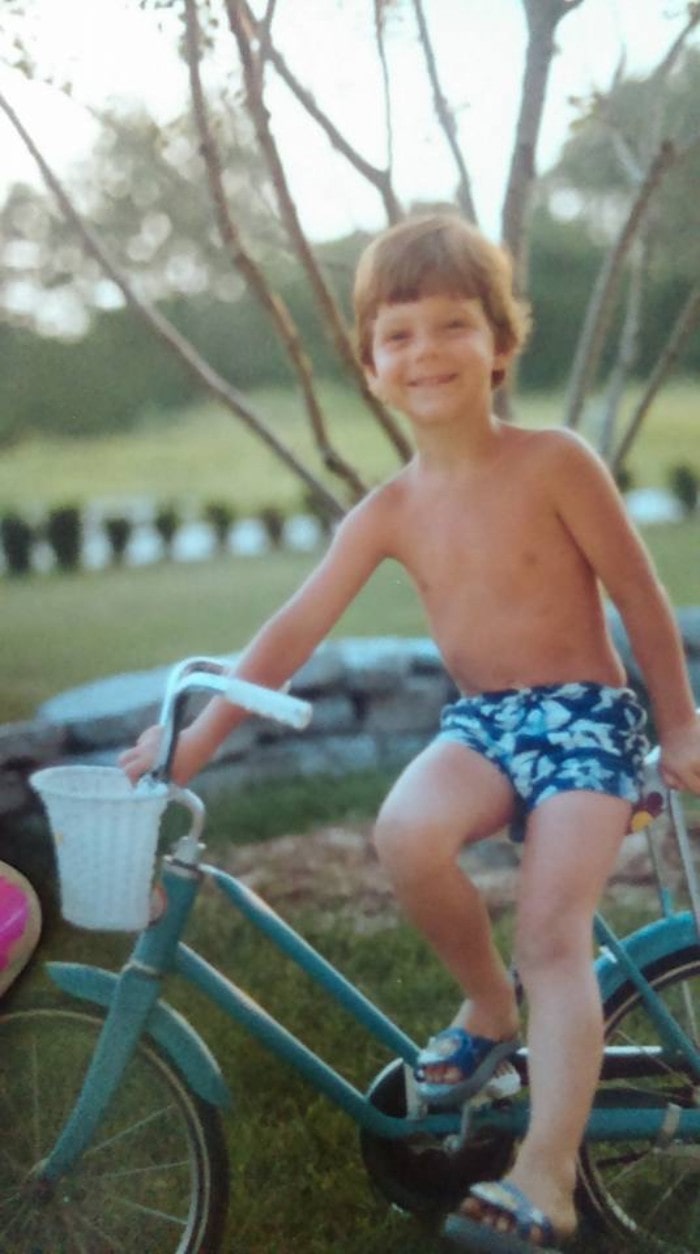 Tell us about your Surly:

I have been an avid collector of Surly bikes since 2001 when I purchased my first Surly, a 1X1. Since that time, I have purchased several other Surly bikes. I don’t know the exact number, however, as I consider it bad luck to count your bikes!

One thing I love about Surly frames is that they have a tendency to get better with time (and I fall in love with all the fun places I have been on them). They say that steel has memory, and I believe it is both physical and metaphysical. Steel has magic and love that you cannot get from carbon fiber.

The other reason I love Surly is that they are an industry innovator of wheel sizes. The wide variety of wheel sizes helps keep the same trails interesting day in and day out.

Yet another reason I love my surly bikes is their dependability. Like so many others, I am busy with work and family so the less I need to work on bikes the better. I keep the chain clean, knock the dirt off every once and a while and the bikes work flawlessly.

My favorite Surly has gotta be my ECR. The geometry on that bike is magical. It rides so smoothly on single track as well as gravel. It loves to go safely downhill with amazing speed. That bike is a winner.

I love riding the single track here in Ohio. Many people think that it’s flat and boring, but they are wrong! Ohio has lots of rolling single track that will rip your legs off. I prefer riding in small groups, or perhaps with one other person. My buddy Todd is a pretty good dude who keeps me fit trying to keep up with him. 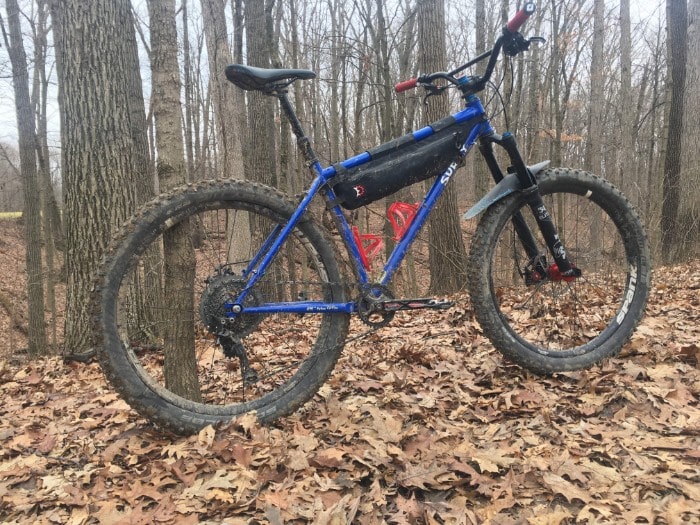 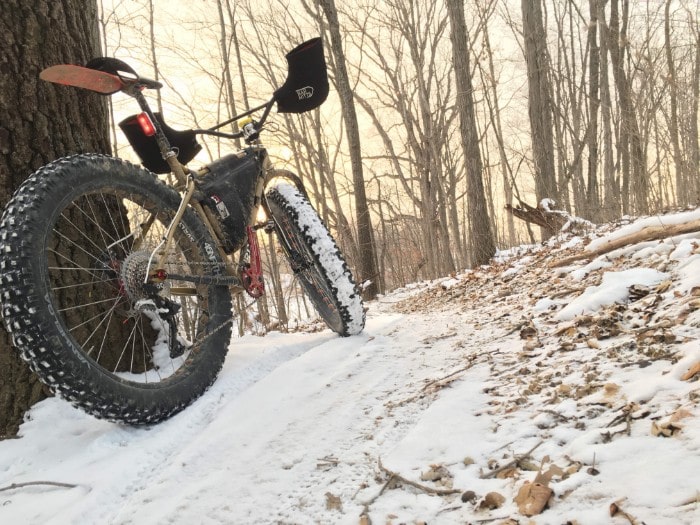 When I was at OU I met a fellow mountain bike enthusiast named Dan Peters. Dan and I developed a close friendship riding bikes over the years, and he was my go-to friend for riding. Dan was a strong, technical rider on the trail who had a personality unlike anyone else I knew. He was one of the most likable guys you could ever meet. As we both grew our families and careers, our rides together grew less frequent, though we still found time to get a couple of rides in a month. The last bike ride I took with Dan, he was not feeling well. His energy levels were low, and he was struggling to catch his breath. Despite this, Dan managed to beat me to the top of most hills, as well as push me up an uphill after I snapped a chain. To this day, I can still recall the feeling of him pushing me those 40 extra yards up that hill. The very next day, Dan was diagnosed with stage 4 colon cancer. Tragically, it took his life less than 2 years later. Though tough, that ride represents the spirit of our friendship, and strength on the bond we shared over bikes. I miss Dan, and some days it is hard to look at bikes in the same way. He was a major part of my riding and I am grateful for the times we shared. 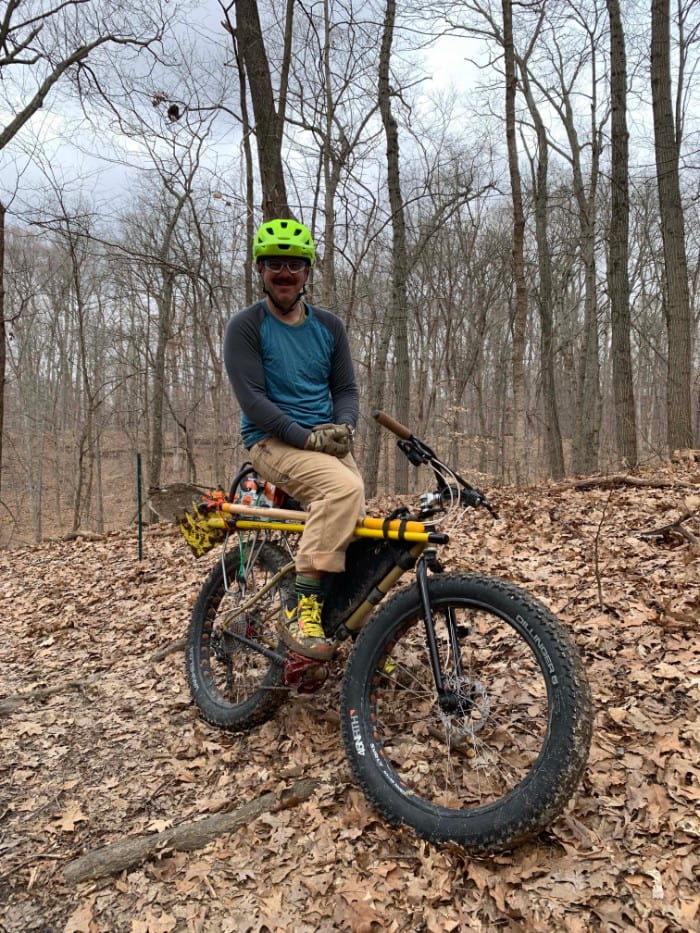 If you could ride anywhere in the world, where would it be? (And why?)

Moab has always been at the top of my list. I have had the opportunity to go and plans always have fallen through. It seems so far away from Central Ohio at the moment. Family and work make it challenging to peel away for that one. Someday it will happen. Why?… its Moab.