Harken back to the Golden Age of travel, dear reader. That may mean steamships and wood-paneled rail cars to some. But consider the more recent and mundane things like printed confirmations, calling cards, and currency exchange. Or shared big screens on an airliner showing a movie you didn’t get to pick. (That sound jack in your armrest cuts out every 1.5 seconds, by the way.) Ah, the good old days!

Remember traveler’s cheques? Some may think they went the way of the Kodak 110 camera. Not so, my friend. 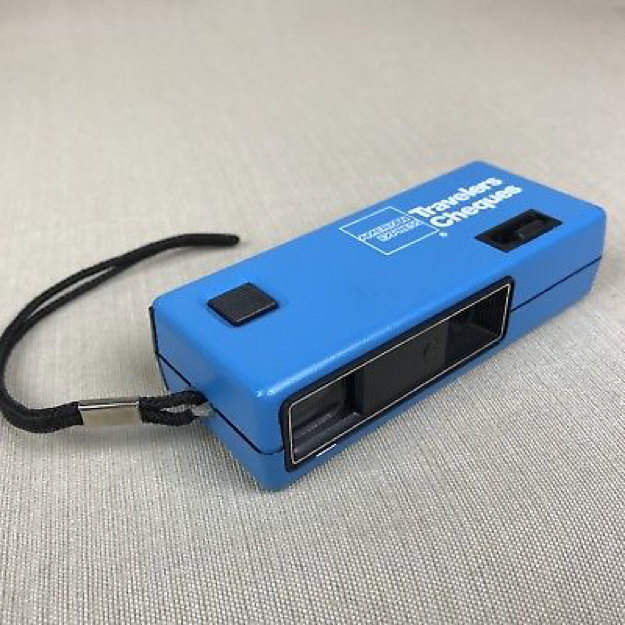 Now, if you travel with a bike you, too, might indulge in photography and secure travel currency. But whether you still shoot film or only pay with a credit card you ought not go abroad without your Travelers Check. Travelers Check is, of course, our S&S-coupled version of the do-it-all Cross-Check frame. 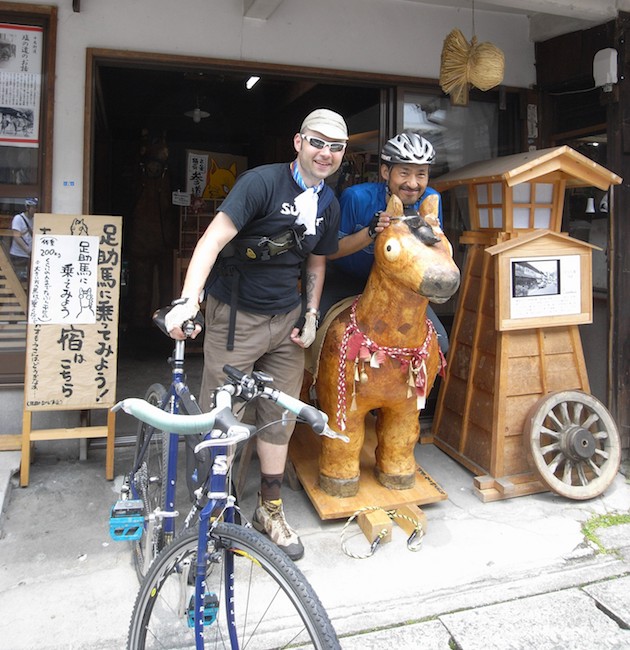 My Travelers Check has accompanied me to Japan (pictured above with my friend Yokoi-san of Jitensha Quest in Nagoya), Germany, The Netherlands, Canada, and quite a few places in between. It was once tricked out with a full 2x9 Campy drivetrain and drop bars. A bit overboard perhaps. But I do work for a bike company.

I later got another of our coupled frames, a Trucker DeLuxe, and built it out with a compact 2x10 road drivetrain and mustache bars. I loved those 26" wheels with the wide tire clearance. It was indeed a versatile steed.

Those iterations of a travel bike were excellent. Both were great “go anywhere” bikes. They could handle pavement, fire roads, and occasional trails with equal aplomb.

If you’re not familiar with S&S couplers they are a precision machined stainless steel frame tube coupler made by Sands Machine. Fitted into a bike frame they allow you to separate a full-size frame into two pieces that will pack into a regulation-sized airline luggage case. You can peruse the details of Travelers Check on our website.

An S&S-coupled travel bike, like the Travelers Check, provides a number of advantages over other options for securing a reliable ride when you’re far from your home base. I’ll touch on the most important one. That being, it’s YOUR bike.

That means it fits you and is outfitted the way you like. Borrowing or renting a bike is another option that inevitably invites compromise. Bringing your own bike and equipment allows you to focus on the experience, not the unfamiliar bike you’ve acquired while you’re there. If you’re joyriding for an afternoon that’s one thing; if you’re riding everyday it’s quite another.

Aww … c’mon, Fleck. You sound like a broken record going on about this simplicity thing all the time!

Maybe, but hear me out.

Think about it. When you travel to a place that is unfamiliar to you the last thing you need is more variables. Especially if those variables are easily within your control. Minimize the probability for the unpleasantly unexpected. Pare down. Simplify.

S&S couplers are brilliant. Having the ability to disassemble a full-size, fully geared bicycle and put it into a suitcase is amazing. Here’s the caveat though. The more componentry that you put onto your travel bike the more time you’ll need to allot for assembly and repacking. That’s cool. You should make choices according to what’s most important to you.

I assessed that most of my travel bike usage was for commuting and exploring while abroad, not embarking on loaded tours. I stripped my Trucker DeLuxe, passed the frame onto a coworker, and used the parts to build my oldest daughter a Long Haul Trucker for her 11th birthday. Wise move. 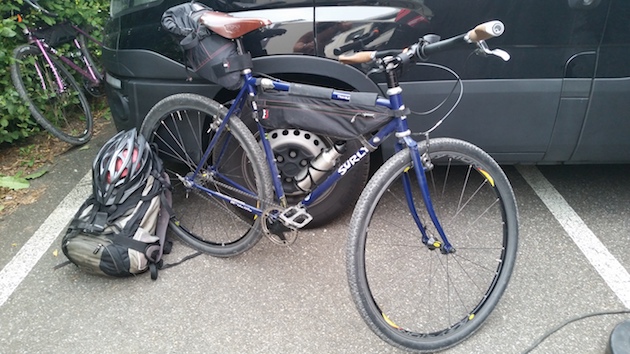 I then turned my attention to the Travelers Check frame that had been dry docked while I rode the Trucker DeLuxe. The frame’s traditional semi-horizontal dropouts are great for a singlespeed set-up which is the ultimate in simplicity. I wanted some range in gearing though. After all, there was no way to anticipate all the potential terrain options where this bike might be ridden.

With that in mind I opted for a two-by-two drivetrain with flat bars. In case you’re not up to speed (Ha! See what I did there?), a two-by-two (2x2) drivetrain set-up has two chainrings up front and two cassette cogs in the rear. The tooth differential of each set is the same. This allows you to use the same length of chain in either gear. 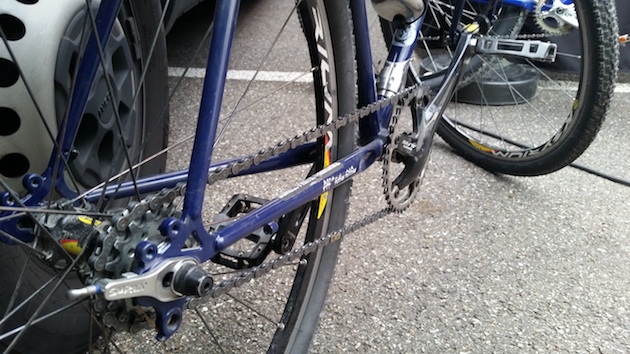 On my bike I’m running 47-tooth and 44-tooth chainrings paired with 19-tooth and 21-tooth cogs, respectively. This yields 2.5 and 2.1 gear ratios. The Surly spacer kit helps dial in chainline and the Hurdy Gurdy keeps everything in place. The Salsa Bend Bar provides top control for on and off-road routes. Ergon grips add comfort for cranking out miles. By far my favorite upgrade was away from the 35c touring tires I had been using and upgrading to the Knard 41. They are wide and cushy, roll fast on pavement, and hook up in the dirt.

This bike is up for anything. It’s has taken me to places I would otherwise never have seen in my travels. Those experiences and memories are the ultimate souvenirs. After all, aren’t the best memories made when you’re not burdened by a route nor worried how you’ll get to your destination?