So at Interbike this year we showed an early sample of our Dirt Wizard 29 x 3; which we announced last year (2013) at Interbike.  (Below the tires are mounted on a small Krampus frame.) 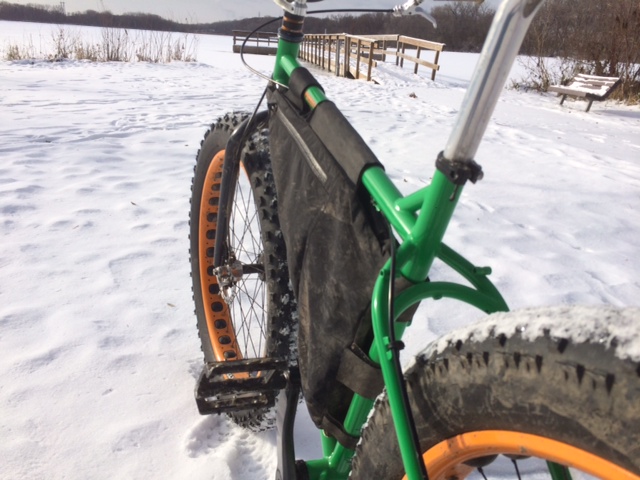 We hope to have it out this spring, that is 2015.  As you can see by those dates, it’s taken quite a while for us to get this tire to market.  Here (in order of proportional importance) is a list of a few of the reasons that it has taken us so long (and continues to take us so long) to get this tire from page to local bike shop floor.

I am truly sorry that we didn’t get this tire out sooner.  Seriously. We know that the Knard doesn’t function well in the mud. That’s not how it was designed.  When we put out the Pugsley (2005) it took two years to release the Endomorph (2007) and then it took us three more years to bring the next tire to market (2010).  Things here at Surly HQ (in fabulous downtown Q-ubeBPharm) take us a while.  Sometimes so long that by the time we get to announce them, we’re all over it. Seriously you should see some of the shit we’re riding now. But you won’t, not for a while. And then once you do see it, it could take us some time to get it to you. It does suck, but it’s life. If your momma or your daddy never told you, let me. 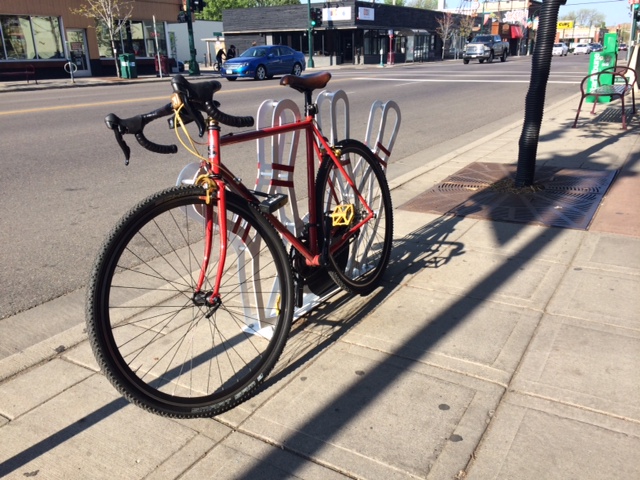 I find myself writing blogs like this, when I get angry because some purpo-turd out there has accused us (and really me, by proxy) of using our “Giant, Evil, Marketing Engine” to create hype and then false scarcity to drive future sales of our products, and increase our “marketing bandwidth” for future endeavors.

I have said before that I wish we were able to successfully plan that far ahead in the future, and then flawlessly execute our plan. I really do wish that.

I also tend to take it personally when people go on and on about our “Giant, Evil, Marketing Engine” because that’s really just me and four other people (three of whom divide their time between us and other brands at QBP). While a couple of us are giant in stature (Wood is tall like tree, and I am morbidly obese) five people does not (in my mind) make a “Giant, Evil, Marketing Engine”

But a man can dream can’t he.

Here is my original list of reasons we haven’t yet brought that tire to market.  I put it here, with the vain and pathetic hope that this version ends up on a forum somewhere and lots of people read it, share it, and dance the dance of I told you so.

Now go ride. Me I'll be going home and putting on my smoking jacket and lighting my cigars with $100 bills.