Today we’re handing over the Surly blog to Jon Yazzie, a full-blooded Dine (Navajo) from Kayenta, Arizona. Jon is Owner and CEO of Dzil Ta’ah Adventures, an organization providing backcountry cultural experiences through bikepacking, with a focus on mentoring Navajo youth. Surly recently donated some bikes to the effort, and we look forward to supporting them as they continue their work. Read along as Jon takes us to western Dinétah (Navajoland). 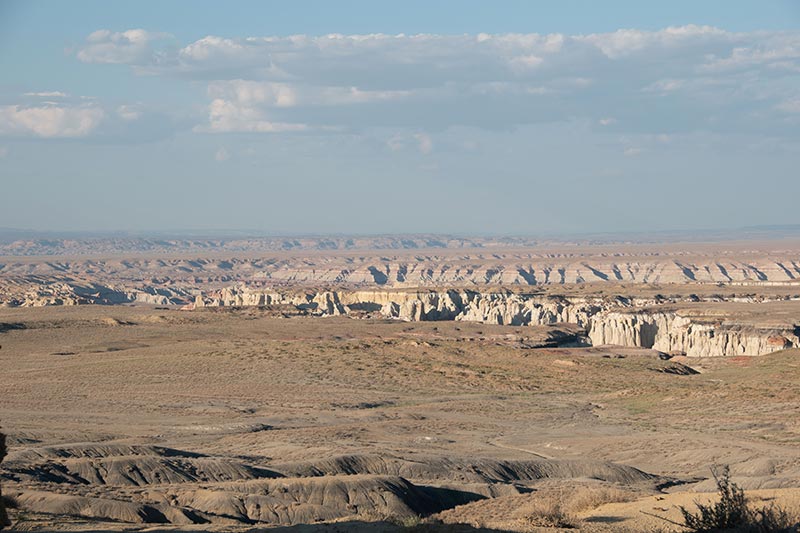 Prologue: Finding my place in a traditional Navajo lifestyle

I can feel the burn in my thighs, my trachea collapsing, and the sweat stinging my eyes makes the somewhat familiar dirt road dark and foreign. I continue pedaling, begging my weary legs to keep moving. I have been riding my bike in circles from homestead to homestead within five miles of our Hogan searching for my grandmother. And some water. [Editor’s Note: A Hogan is the primary, traditional dwelling of the Navajo people]. Weeks prior my mother explained the symptoms of heat stroke after I got a headache and super dehydrated while out riding my bike. I was in full-on panic now. 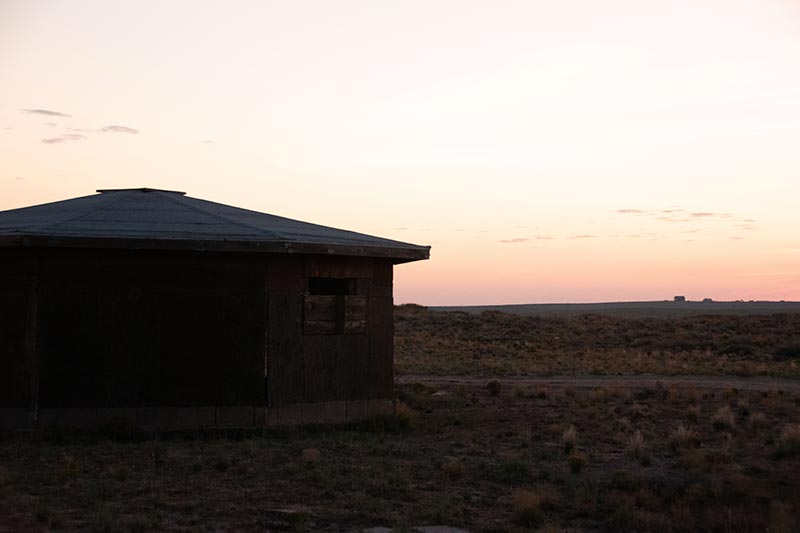 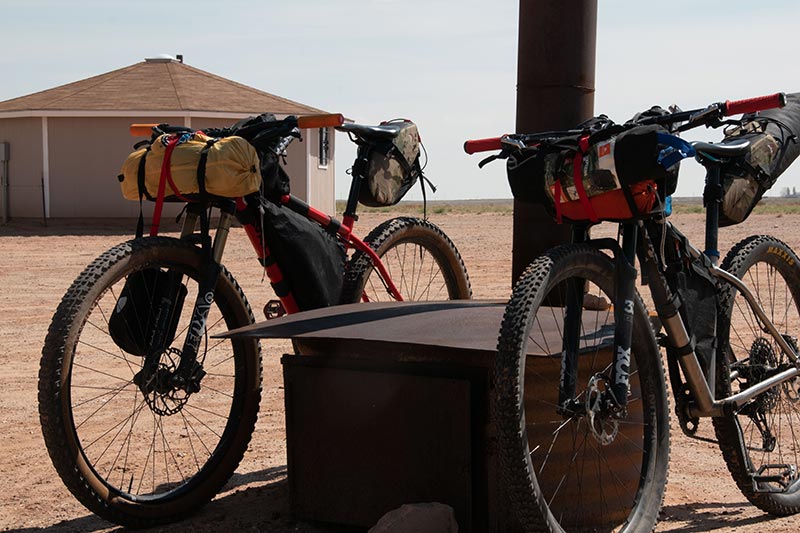 It was this hot August day, in Coalmine Mesa, Arizona, at seven years old when I realized that my grandmother’s role as a traditional herbalist and healer would require that I make sacrifices and learn to be independent. There would be more times when she would be whisked away to tend to community members in need of traditional healing. It was in her duty as a medicine woman to help the sick; turning down someone in need because I had not come home from school yet was NOT an option. We created a plan for when I got off the bus and she was bustled away to perform ceremonies. She would leave a key hidden and instruct the animals to keep me safe until she returned.

Removal from our Ancestral Homelands

Prior to living in Coalmine Mesa, we lived in a huddle with a handful of extended family further east along Highway 264, adjacent the Navajo and Hopi reservation border. We had a huge field of abundant crops, lots of animals, beautiful homes and [were] thriving off the land. During the 1950s, Arizona looked at coal reserves located nearby on joint ancestral lands as a solution to the west’s growing energy needs.

Both the Navajo and Hopi tribes rejected the offer to develop a coal industry in the area. Soon a media-fabricated feud between both tribes would divide us.

This led to new boundaries being drawn with the 1974 Navajo-Hopi Settlement Act, which resulted in our family and 15,000 more Navajo being displaced.

After our livestock was forcibly reduced, crops left to wither, we were compelled to relocate. My extended family was off to new locations. My mother, grandmother, and I went to a small Hogan off the new Hopi partition lands while we waited for a home somewhere, anywhere. My mother would spend the weekdays looking for work in Flagstaff, while I stayed with my grandmother so I could continue going to school from our temporary homestead.

Fast forward 40 years and this is just one of the memories that surface as we pedal out to camp at Coalmine Canyon nearby. In the last decade, Navajo families affected by the Settlement Act were allowed to return to their homelands. My aunt has built a home near the Hogan I lived in with my late grandmother. Since returning, I have always wanted to bikepack the area. We were finally doing it. I was taking family to sleep in the dirt overlooking Coalmine Canyon where coal was also mined in the 1960s. 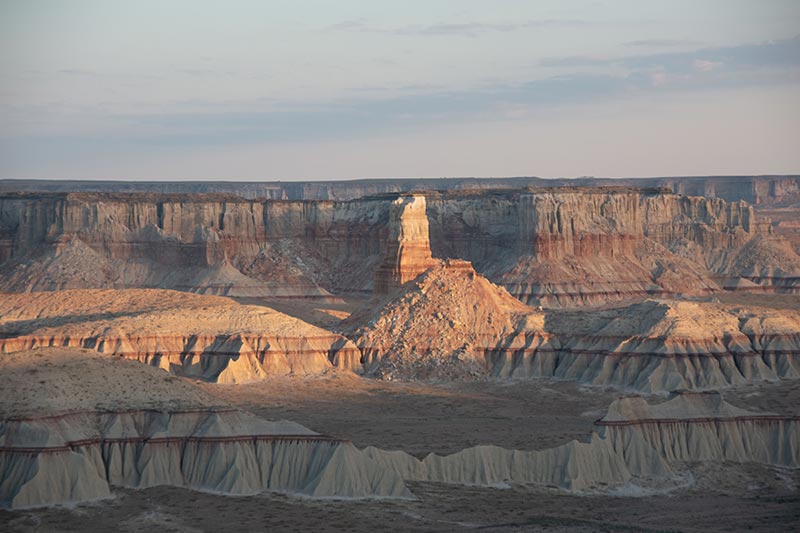 After rounding up enough gear and loading up a few donated bikes from Surly, we headed off to enjoy western Dinétah (Navajoland). The bikes, the gear, the whole experience is one I will always keep close. The bikes felt good and riding them loaded was a real treat for our crew. 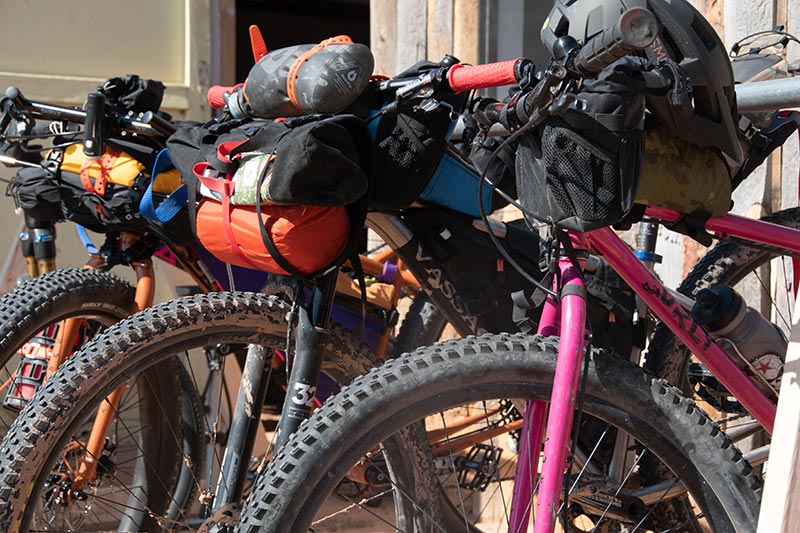 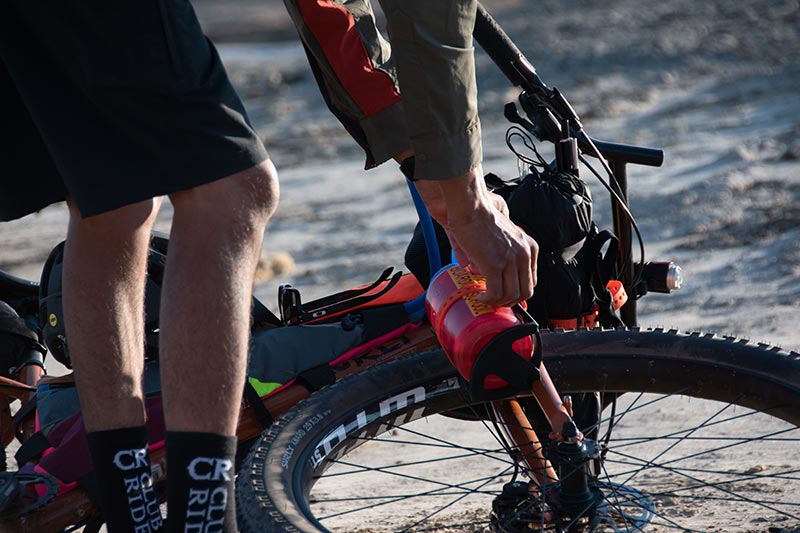 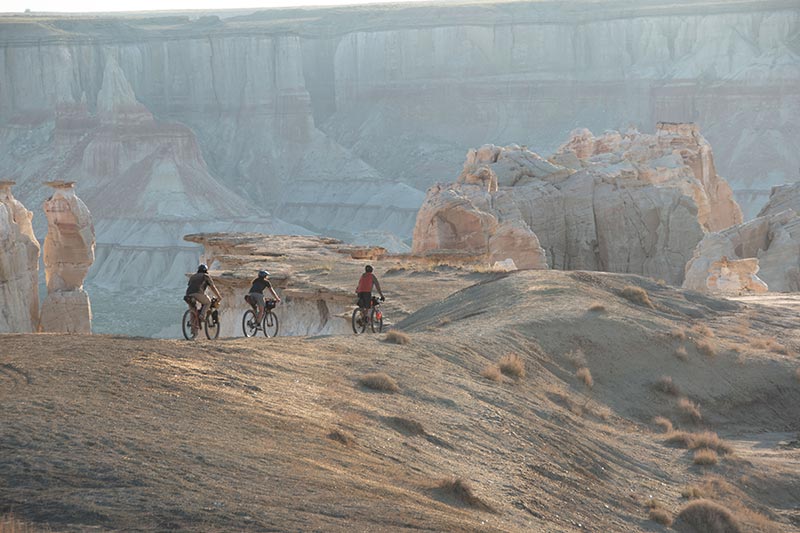 My first impression of Surly was in Anchorage at Single Speed Worlds 2014. Sitting in one of the many breweries on a mandatory pub crawl my buddy said “Dude, the Surly team is here.” Expecting lycra and tight kits, instead we were greeted by long hair, beards, denim with patches and double-fisted beer connoisseurs.

The best I could describe it was old-school Anthrax meets Hank Williams III, and splash in some fitness. I wanted in. I wanted to ride a Surly. When I was in high school, I took pride in my long hair, my love of BMX and metal bands. And now on this Coalmine Canyon tour I was living the dream: riding a Krampus and using more of the brand to execute more youth and family bikepack outings.

Joining on this SO24 (sub-24 hour ride) were my cousin-brother Sean, nephew Jaron and niece Jodessa. From my home in Kayenta, the starting point for the route is about 2 hours away. Sean arrived from Tuba City and Jaron and Jodessa from their home in Chinle. Jaron and Jodessa have been bikepacking with me for a while now, but this was Sean’s first bikepacking trip and he was excited to ride an ECR. We all met up the evening prior to departure to sort gear and set up bikes. The route would take us from my aunt’s residence to the northwest for 10 miles to the mouth of Coalmine Canyon. From there we would descend to camp on one of the canyon rims away from local traffic. Wikipedia describes Coalmine as a ghost town, which seems fitting because I recall a story my late mother told me about a Navajo girl who was being prosecuted by the Spaniards as they often hunted for Navajos to sell as slaves to work in copper mines in Mexico. Not wanting to be taken prisoner, she decided to jump off the edge of the cliff. Her ghost still dances on a lone spire at the center of the canyon. 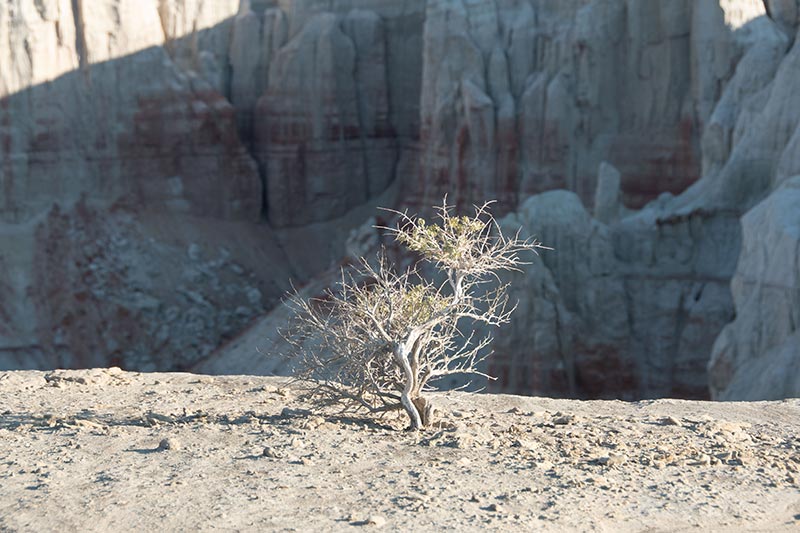 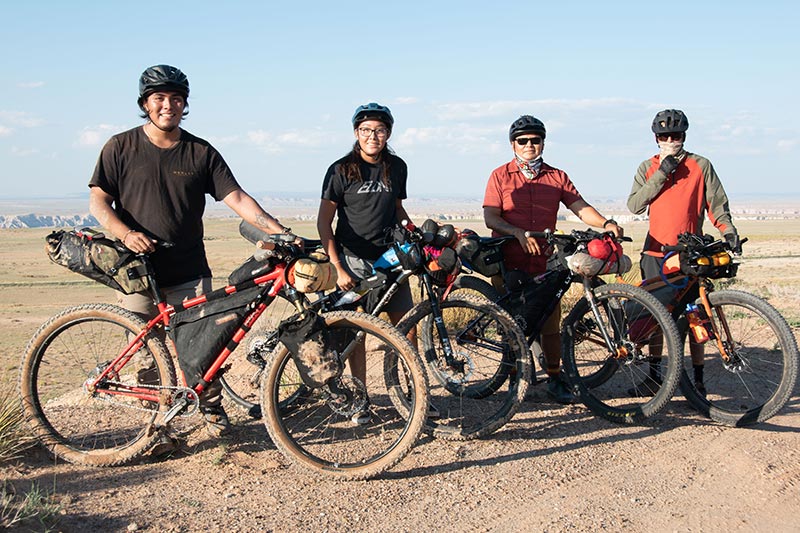 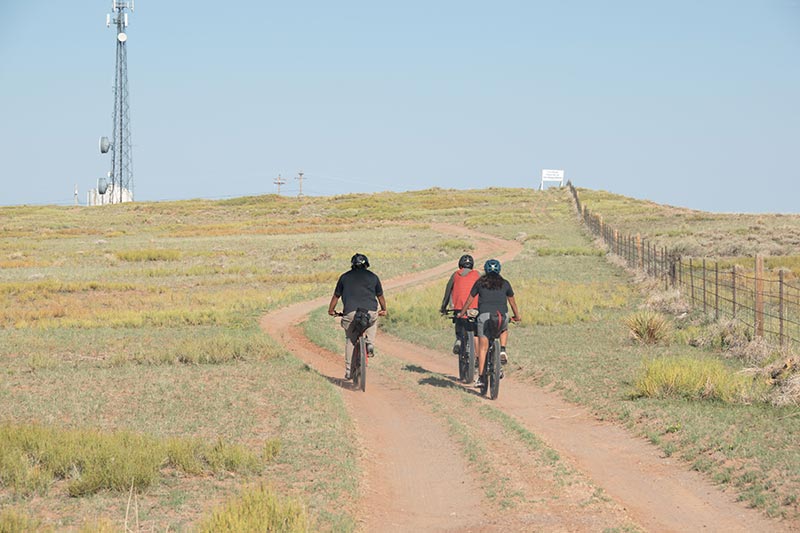 We departed in the evening, allowing us just enough time to set up tents and watch the sun set over the western horizon. The scenery was as spectacular as any I’ve witnessed. We were so far from light pollution that any grandiloquent illustration wouldn’t do any justice describing the three layers of stars that bear witness to our late-night jovial chatter. I also had the best sleep in two months that night, in a tent without the rain fly. For a second round of breathtaking views, we made it a point to set our alarms for pre-dawn so we could watch the sunrise. The early wakeup call allowed us enough time to break camp and beat the heat back to our starting point. 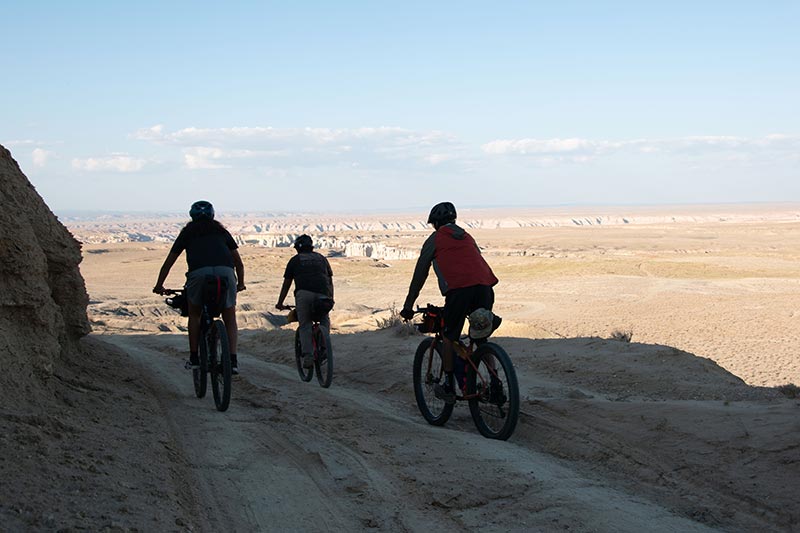 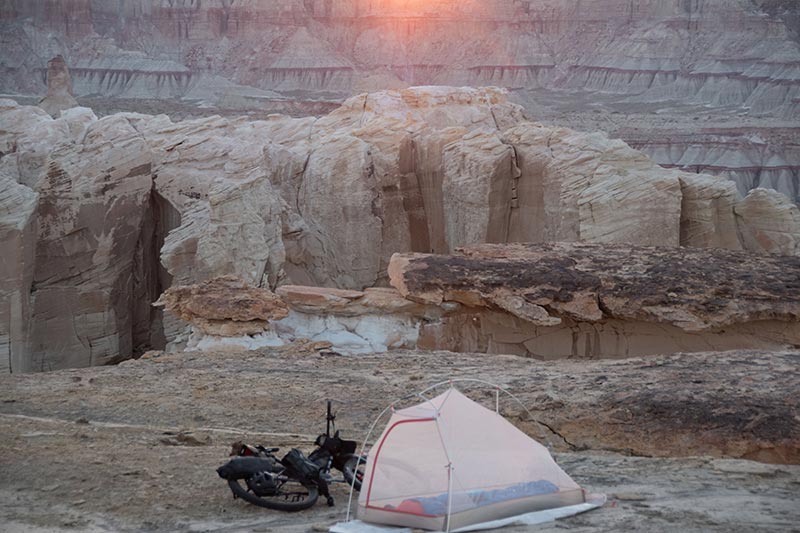 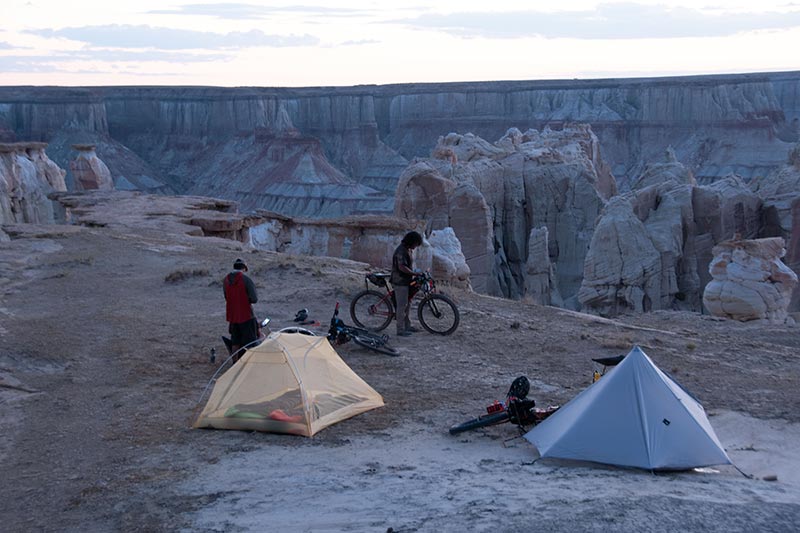 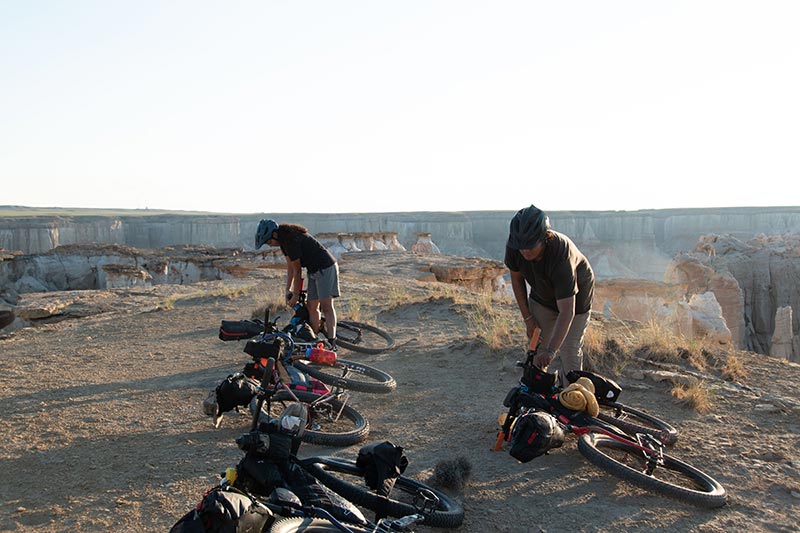 My partner Nadine and I own a bikepacking adventure company that focuses on sustainable commercial tours. The proceeds from those trips help us fund a youth program to get kids and their families out on bikes.

Ultimately, our goal is to build a bikepacking community on the Navajo Nation, starting with the youth.

We have also created a mentorship program to help us teach future explorers how to ride loaded and find comfort sleeping in the dirt under the stars. Since the start, we have not had the pressure to sell tours due to generous people who have donated bikes, gear, and monetary funds to purchase gear that we hand off to our participants in hopes they continue bikepacking. We are continually grateful for the support from our sponsors and look forward to sharing more stories with our followers. 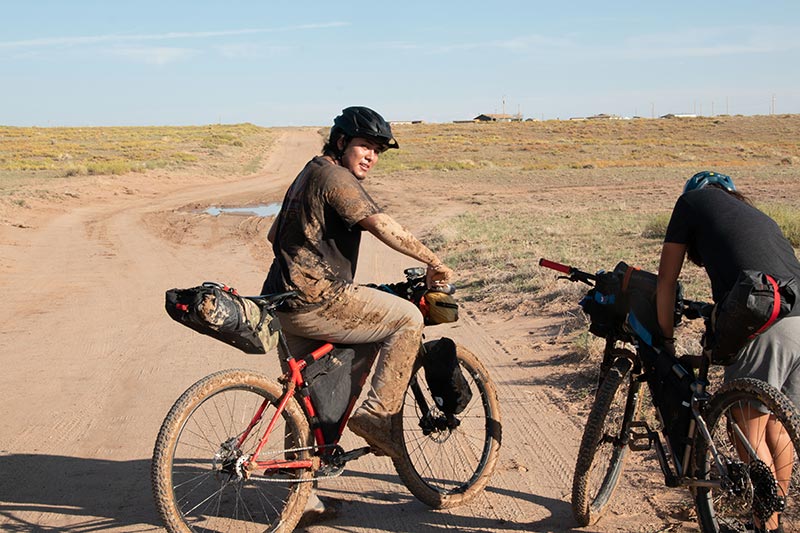 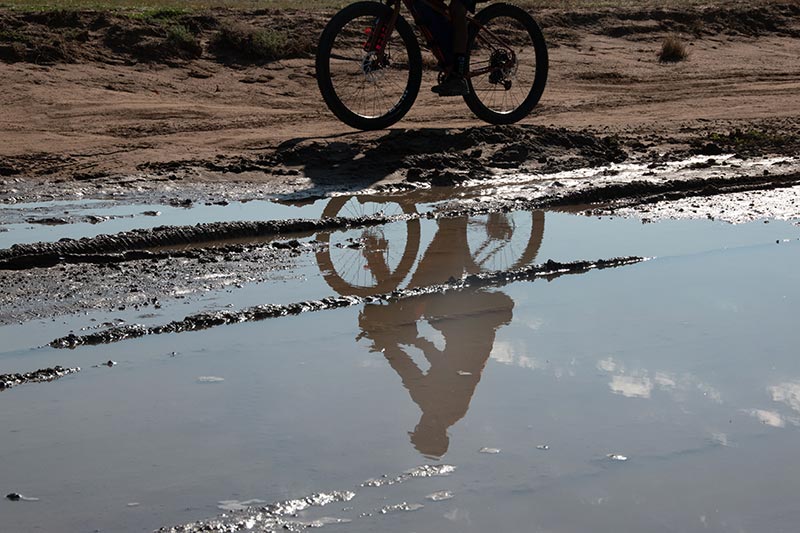 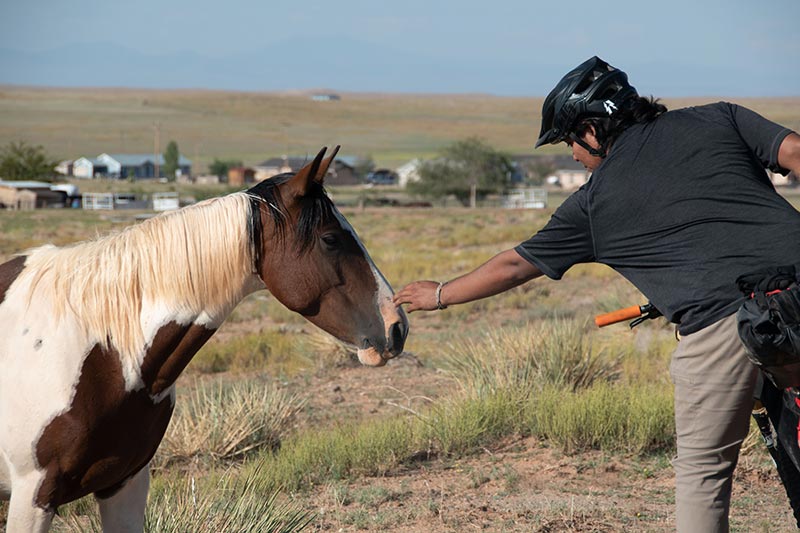 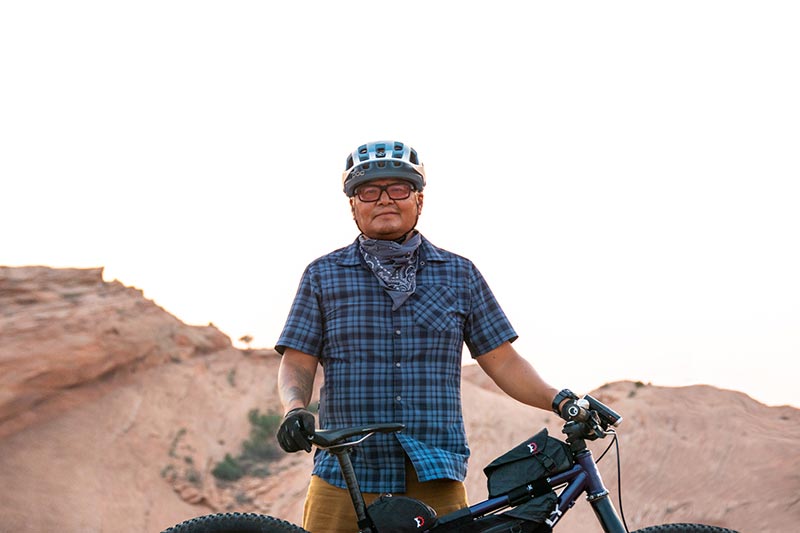 It Has Become Beauty Again. from Austin Smock on Vimeo.

About the Author
Jon Yazzie is a full-blooded Dine (Navajo) from Kayenta, Arizona. His clans are Towering house people, born for the Zuni-Edgewater clan. His maternal grandparents are Red flowing together people, and his paternal grandparents are of the Black steaked forest clan. Jon is an aspiring adventure cyclist and writer with hopes of sharing more backcountry cultural experiences via bikepacking and pack rafting. You can learn more about them on their website at www.dziltaahadventures.com.

Editor’s Note: Thank you for sharing your words with us, Jon! If you’d like to follow along on future excursions with Dzil Ta’ah Adventures, you can find them on Instagram.