Bikepacking in Daloot : For the love of COGGS

Last August I was lucky to be given the opportunity to take a month long sabbatical from work. My goal was to stay close to home and family but spend as much time as possible outdoors. The year before I discovered the plan by some dedicated folks (COGGS) in Duluth, MN to build a Traverse trail across the city. Duluth is a place I have always had interest in exploring, but often just passed through on my way to the North Shore of Lake Superior. This visionary trail project inspired me to spend a majority of my sabbatical supporting the trails system in Duluth. 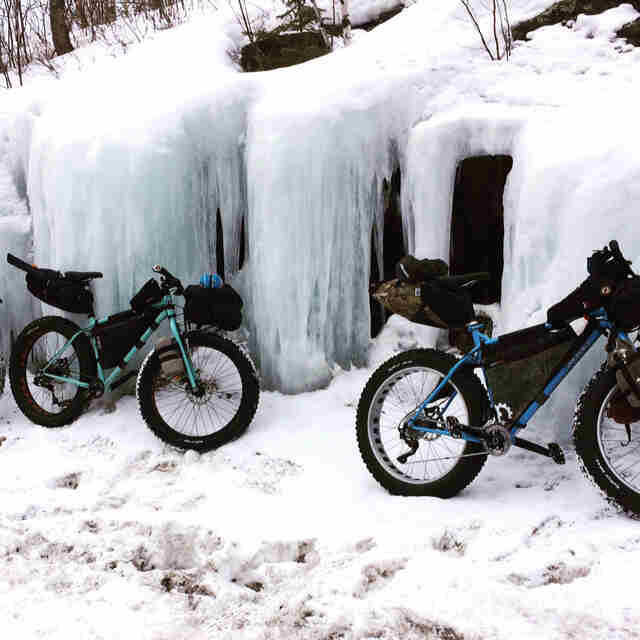 Recently we invited Cass Gilbert to visit and present at Frostbike, an annual event hosted by QBP. His presentation and photos about his trips are always informative and inspiring. Before arriving he asked if I would be able to plan a short winter bikepacking trip while he was in town. This sounded like a great opportunity to get back to Duluth and explore the area in a different season. Dave Gray was also game for a quick getaway and decided to join us. 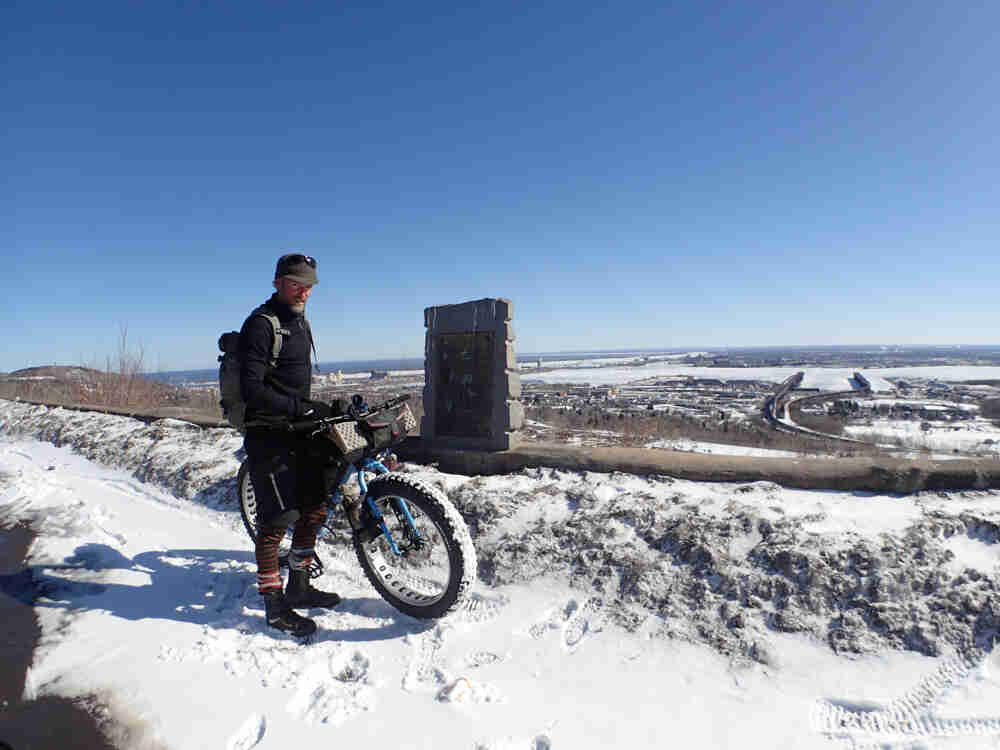 Our trip started out at Frost River Trading Co.  in Duluth. They manufacture great outdoor gear primarily with waxed canvas and leather. After a quick tour of their operation, Lynn Hopper of Frost River helped fill in some gaps of our planned route and we rolled out. The goal was to spend three days and two nights exploring trails in and around Duluth while avoiding pavement as much as possible. 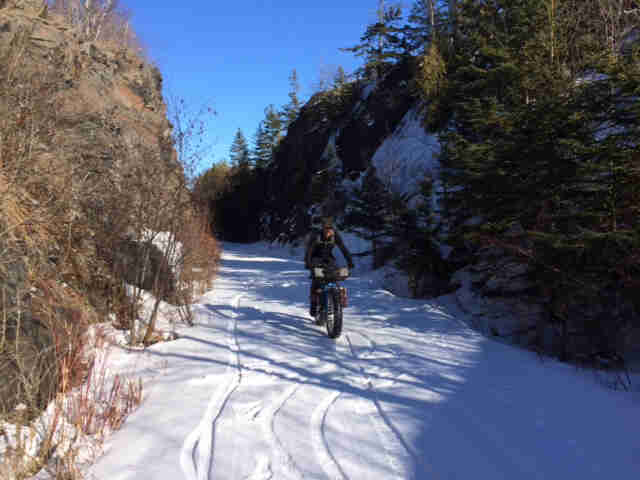 The weather was about perfect for winter riding. We were treated to newly fallen snow crunching under the tires, bluebird skies, rolling hills and spectacular views. Cass somehow picked up a 4” nail on the snow covered trails which was the only mechanical of the trip. This quick stop allowed for a thorough safety check and enhanced experience the rest of the day.  Due to a minor detour on our way to Jay Cooke State Park we arrived at our camp well after dark. I think this is about when the other guys started to question my map reading skills. Hansi Johnson dropped by our camp in the evening to share some aquavit and recommended a route that would take us down the frozen St. Louis River the next day. Hansi is a local legend and promoter of outdoor recreation in Duluth. 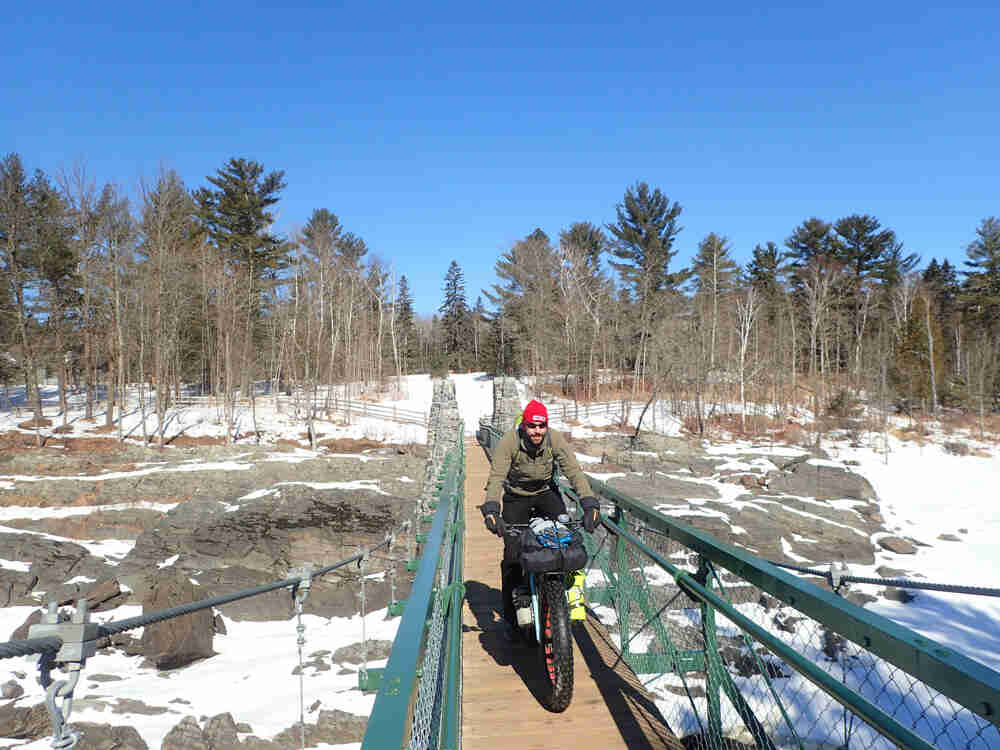 Temps in the morning hovered around zero. I am an earlier riser and had a good fire going before the others crawled from their warm caverns. The morning loop through Jay Cooke was fast and scenic with great views over the St. Louis River. After exiting the park we took a short refueling stop at the Wabegon Bar for hot food and beverages and then rolled onto the St. Louis River. The conditions were marginal due to very little snow and plenty of glare ice. Our route zigzagged back and forth across the river in a futile attempt to find areas with snow cover. I constantly had an uneasy feeling as the river ice eerily cracked and groaned as we pedaled down the river. After multiple crashes by all we eventually found a perfect river bank camp site on Dwight's Point in Superior, WI. 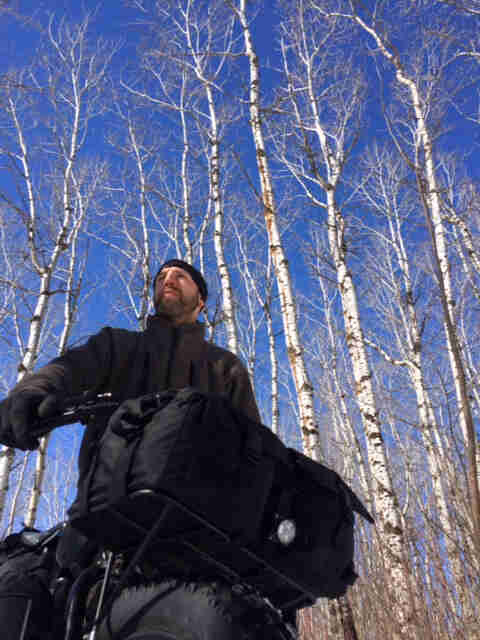 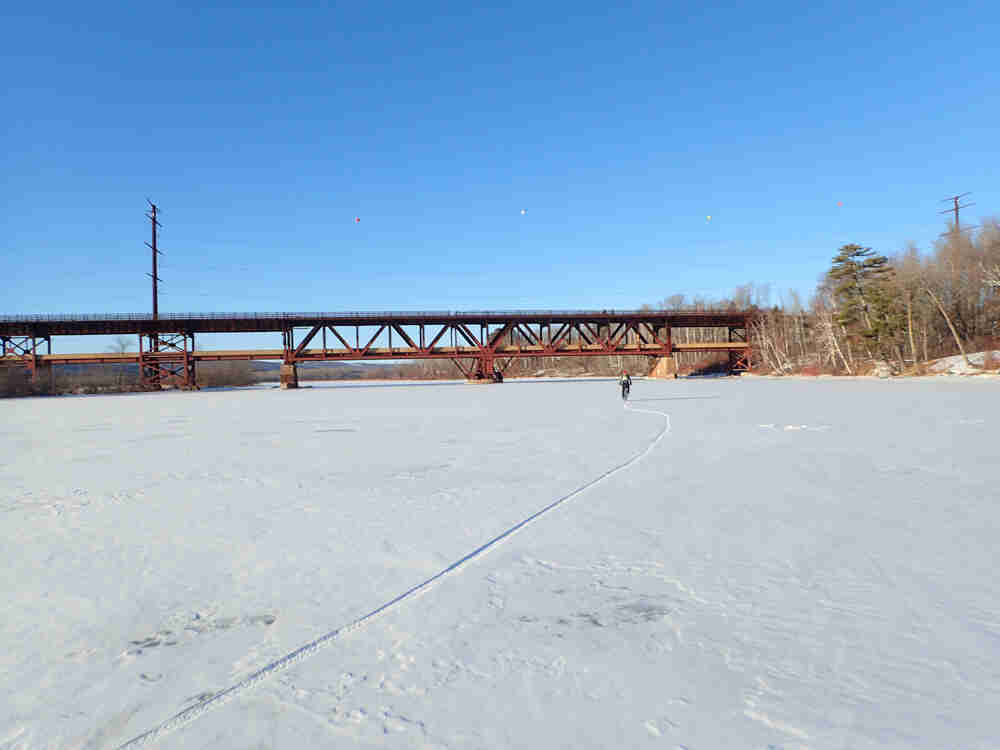 Day three was a short day consisting of a ride back across the river, more snowmobile trails and a loop at Brewer trail system. After we loaded up the bikes we made one last stop at one of my favorite food and beverage establishments in Duluth. Burrito Union  serves tasty burritos and barley pops from one of Duluth’s oldest microbreweries Fitger's Brewhouse. 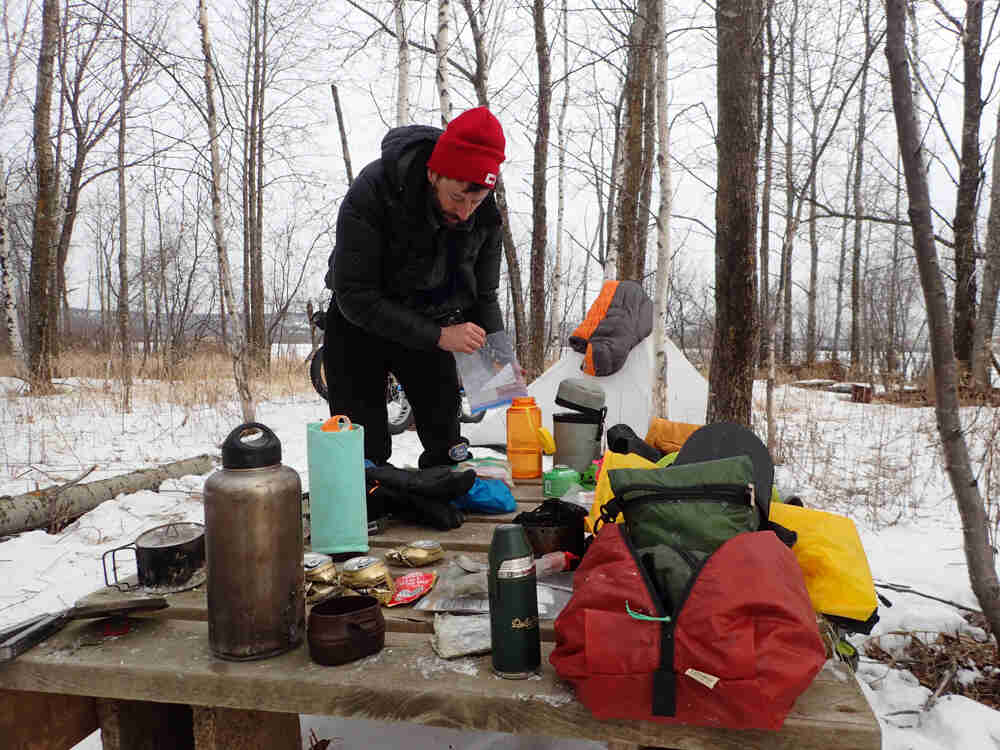 Dave and Cass were both on ICTs and I was on a Wednesday. Gear selection for a winter trip is about layering and priorities for comfort at night.  The use of an 8-pack rack up front made packing a higher volume sleeping bag and rest pad an easy option. My rig felt solid and stable and the bike handled well on the varied conditions. The high volume tires were ideal on the flowy character of the Duluth Traverse trails. It made bikepacking very enjoyable since we could ride fast, but not feel out of control on the downhill’s and sweeping banked corners. The extra weight and traction actually felt more secure than I expected. 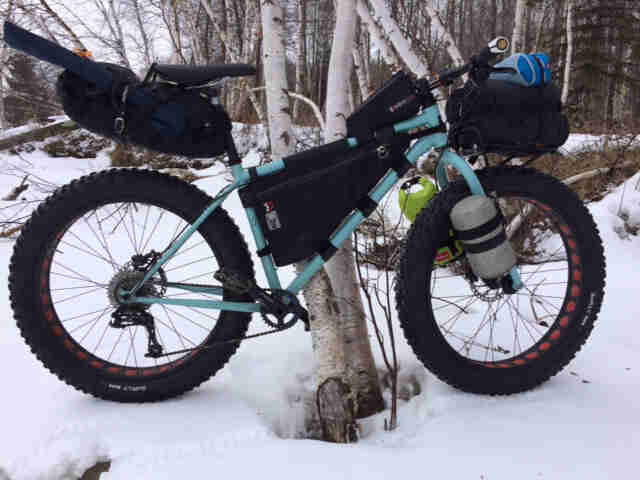 The paradox of this trip is that we barely left the city limits, but it rarely felt like we were in a city. Every year COGGS keeps building more trails and connections along the Traverse which makes it a great place to link long rides. If you are looking for a quick bikepacking trip with plenty of resources (beer and food) close by, the Duluth Traverse is a great destination.