Being What You are About

If you like riding bicycles and you live or ride in the Midwest and you are partial to pre, during, and post-ride beverages, then you may have happened upon Spinner at some point.

Jesse "Spinner" Reyerson and I met, oddly enough, at Wednesday drill night at the Decorah, Iowa fire station. I was new in town and had joined the department (because, why wouldn't you?) and it didn't take long before we had figured out that we both ride bikes. From there, shit went downhill as it often does. He was good to have on the department because you knew that if it came to it, he'd make a new door wherever he happened to be, and he'd make sure the both of you got out of harm's way. Conversely, outside of the fireground, harm's way tends to follow in Spinner's wake and one would often find oneself in a sort of legal or moral peril that was not expected. Still, you'd likely get out of that too.

Spinner's also partial, in general (not exclusively) to the Surlys. For that we are, in general (not exclusively) pleased. He rides hard and makes an ass of himself, and we think that's just great. He also scrawls out words for the Fat-Bike.com folks, so this galactic convergence has now led to loaning the guy a Big Fat Dummy to ride. As luck would have it, he seems to be in top form, and this past weekend saw him roll that monster in the Sweaty Yeti up der in Sconnie. 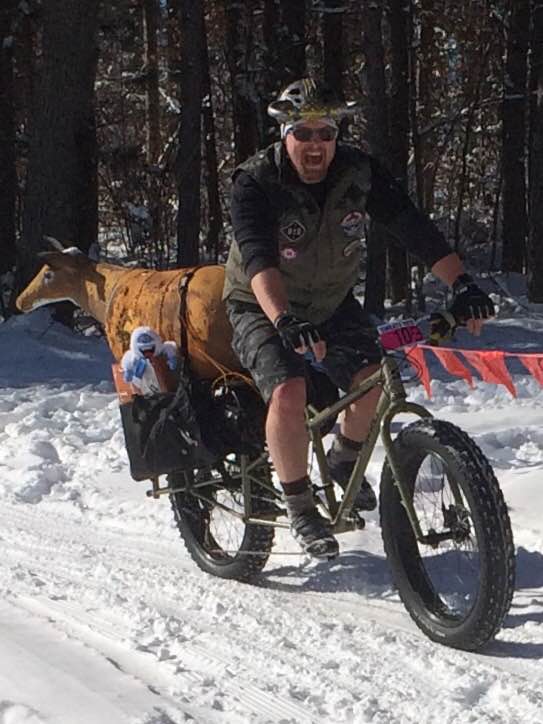 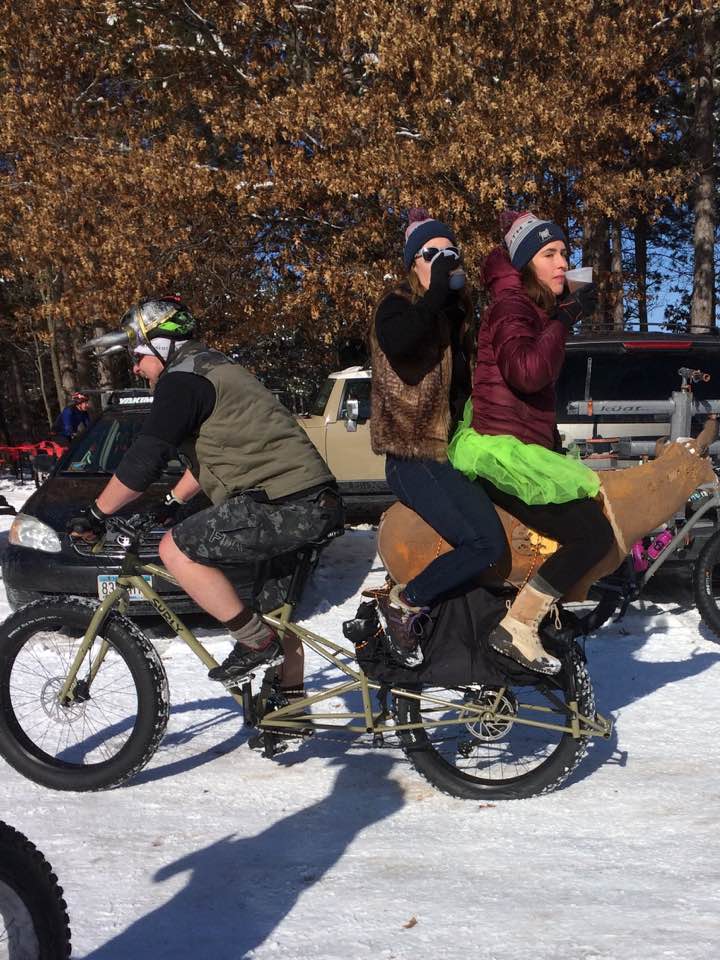 The nice thing about some people is that you know what you're going to get.

Along those lines, and maybe a few others, three of my very favorite people jawed and traded stories on the most recent edition of Fat-Bike Radio. Zito, Nate, and Chewey are a lot like Spinner - they'll get you into some shit, but likely have a way out too. Or, maybe they won't, but the likelihood of coming out the other side with a really decent story to tell is a given. Solid people, one and all! Take an hour, kick back and listen.