An Idea That Died Before Its Time

A few weeks back I didn’t come into work one day.  It was just too nice outside for working so I stayed home and one of the things I did was go for a bike ride.  It was sort of an impromptu thing that ended up jogging a lot of memories for me because I was riding my Steamroller running errands around town and I ended up riding around for hours on trails, bike paths, hitting jumps in alleys, or where ever jumps were to be had, and generally speeding all over hell’s half acre.  It was probably one of the most enjoyable rides I’ve had in weeks.  I’ve had my Steamroller for a very long time.  I think I bought it in 2000 or 2001.  It has Sub11 dropouts and a 1” threaded headset and I honestly think I have had every single kind of handlebar the bike industry has ever offered on it at one point or another.  It’s had Dirt Drops, bull-horns, albatrosses, mustaches, flat bars, riser bars, dutch-rudders, North Roads, preachers, pistas, and most recently, Surly Open Bars (with the rise, because I have class).  It’s had brakes, it hasn’t had brakes.  It’s had 23mm tires, it’s had 32mm tires(as big as you can fit on a frame of that vintage).  That frame has been a constant source of tinkering fun and inspiration for me for the past 13 years and I think it’s awesome.  When I worked in the bike shop in rural Michigan I would ride it to people’s houses when I fixed exercise equipment providing the replacement parts I had to haul with me could fit in my backpack.  I loved the looks I’d get when I’d show up to someone’s house soaking wet, having just ridden 35 miles from the bike shop in the rain on both paved and dirt roads so I could fix a recumbent stationary bike that was parked in front of the TV in someone’s living room.  That shit was only ever hilarious, but I digress.

Anyone that knows me probably knows that my enthusiasm for things is generally an inverse proportion to that of those around me, and with suffering comes improvement, which is why the concept of the 'Under Bike' has seen such resurgence in my daily riding.  My Steamroller fits the ‘Under Bike’ bill particularly well.  The tires are just big enough that they won’t sink too hard in anything other than loose sand and the riding position promotes both shooting and moving all at the same time.  There’s also a rack because I’m a reasonable man, and platform pedals which offer not only a platform upon which to pedal, but a platform off of which to bail when it becomes clear just how much I’ve overestimated my abilities.  And the lone rear brake means that mystical land called Sideways is only ever a lever pull away, sometimes whether you want to go there or not....

We all know that Fat Bikes can pretty much go anywhere, but did you know that the hunk-of-shit-sitting-in-the-garage-with-the-shifters-that-mount-on-the-stem can pretty much go anywhere too?  Before you answer, let me tell you, it can.  And before I’m accused of being a fat bike naysayer, let me tell you I own two and I ride them all the time, and they certainly go anywhere far differently than that hunk-of-shit-sitting-in-the-garage-with-the-shifters-that-mount-to-the-stem goes anywhere, but what I’m saying is that it’s not the bike that takes you where you want to go.  You take the bike where you want to go.  How that gets accomplished is up to you, not the bike, and that’s where the fun is.  It all reminds me of a time when I was an angry young man and the feeling of, let's just say, accomplishment I’d get driving the rear wheel drive Crown Victoria I used to have through the same places my friends with Jeeps would drive.  Four wheeling is a lot of fun in a Jeep because a Jeep was meant for four wheeling fun, but it’s also a lot of fun in a Crown Vic, only for different reasons… so slap the big meats where they don’t belong and ride that bike where you don’t think you should because that too, is lot of fun.  And always remember, regardless of the activity, the more sideways action the better. 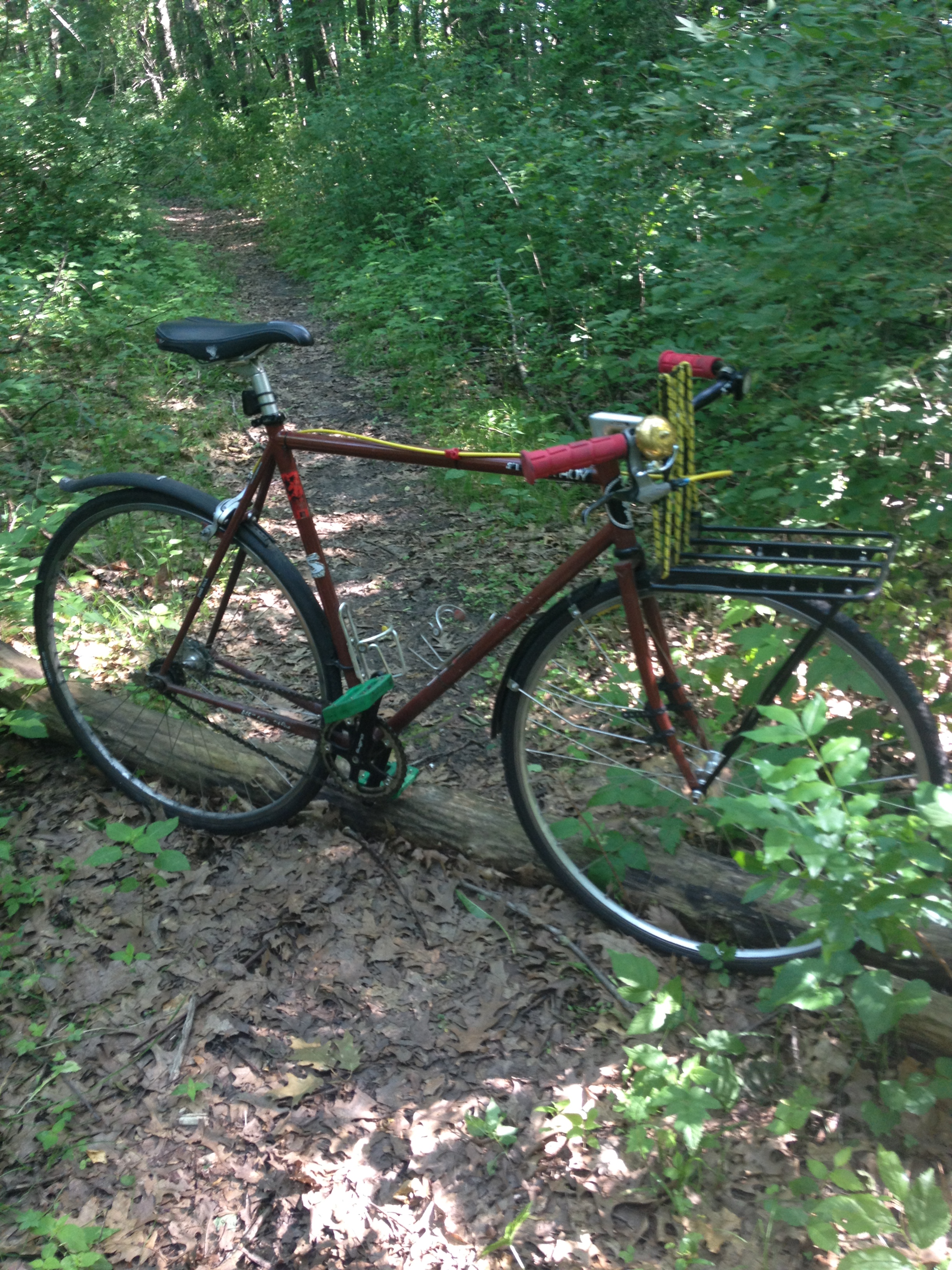