Last week I was accused of being a nerd by four of my office cohorts.  My cohorts are not nameless faceless cohorts by the way; their names are Greg, Tyler, Adam and Bob.   I wasn’t insulted by being called a nerd, but I did find it ironic that they were calling me a nerd in response to me calling them nerds after I learned about their previous night’s Dungeons and Dragons nerd fest.  I mean they almost got fired for printing out their D&D nerd sheets on the company printer!  It’s a good thing they have me as their boss.  Seriously, D&D parties are what Surly has come to!  Let me ask you a question:  After hearing this do you still think Surly is a cool brand?  OK, maybe you never thought that we were cool, but my guess is that you never thought of us as a bunch of cloak-wearing shoe gazers.  Did you???  Greg tried to invite me to session two by the way.  I almost said yes.  Almost.  He nearly had me with, “…but Peter, we're about to enter the dungeon.  Once we go down there it will be too late for you to join.”  It was a tough decision for me, but in the end I realized that while I am indeed a nerd I also have standards, and these standards of nerditude have always lead me to draw the line at D&D.

The fact of the matter is that Surly is a brand full of nerds.  As I throw the proverbial dead cat around here I can't seem to miss one.  Nerdiness is what has brought us together, and in many ways it is what keeps us on the same page.  And by us, I don’t just mean the people who work directly for Surly.  Us includes us, of course, but it also includes the fine people who sell our products in finer bike shops around the globe.  And it also includes YOU.  Think about it.  Are you a nerd?  Do you constantly dream about your next ride, your next bike trip, or your next bike build?  Is your bike obsession part of a pattern of nerdy obsessions you have had throughout your life?  I bet most of you who love Surly are deep seated nerds.  It’s why we love you ya’ know.  It’s part of what makes you so Surly.

Anyway, this blog is supposed to be about me, so stop thinking about yourself for a moment and focus back on me.  I’m the nerd Surly brand manager and I wear this title proudly.  I could explain this in prose but it would put you to sleep, so allow me instead to put you to sleep with some photos of what I’m talking about.

I like lamp (Grateful Dead lamps, or just lamps in general).  I don't collect them, per say.  I just have a deep appreciation for them (especially the classy ones). 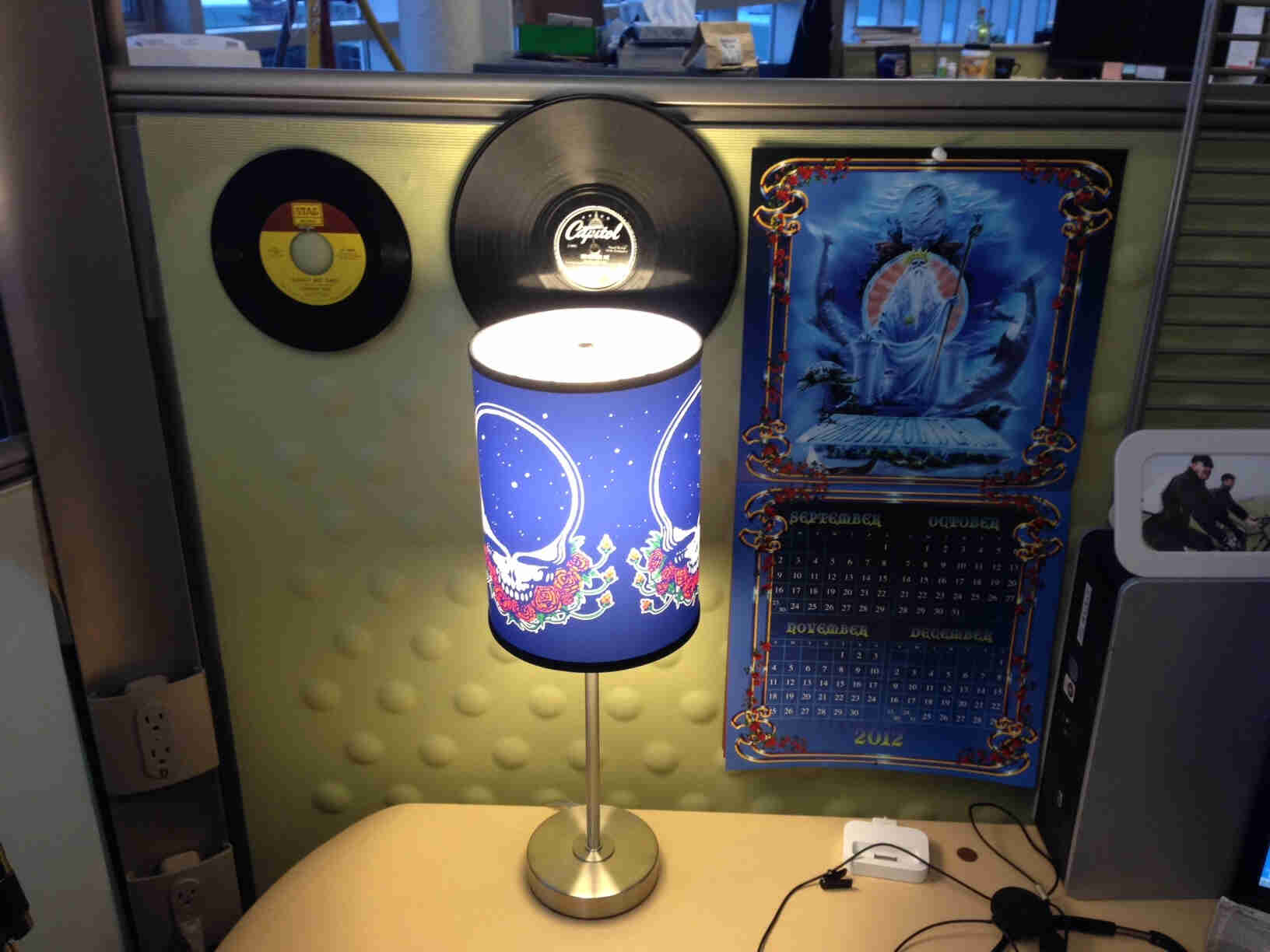 I have been seriously into music listening since I was just a wee lad.  This is my man cave.  As you can see I just cleaned it.

My love of music goes beyond just the music.  I believe that in order to appreciate music to its fullest it should sound good.  Really good.  This has lead to a healthy nerdy obsession with high quality audio gear.

Here is a shot of the current office set up.  We have a turntable in the office but right now I don't have room to set it anywhere.  That will change soon. 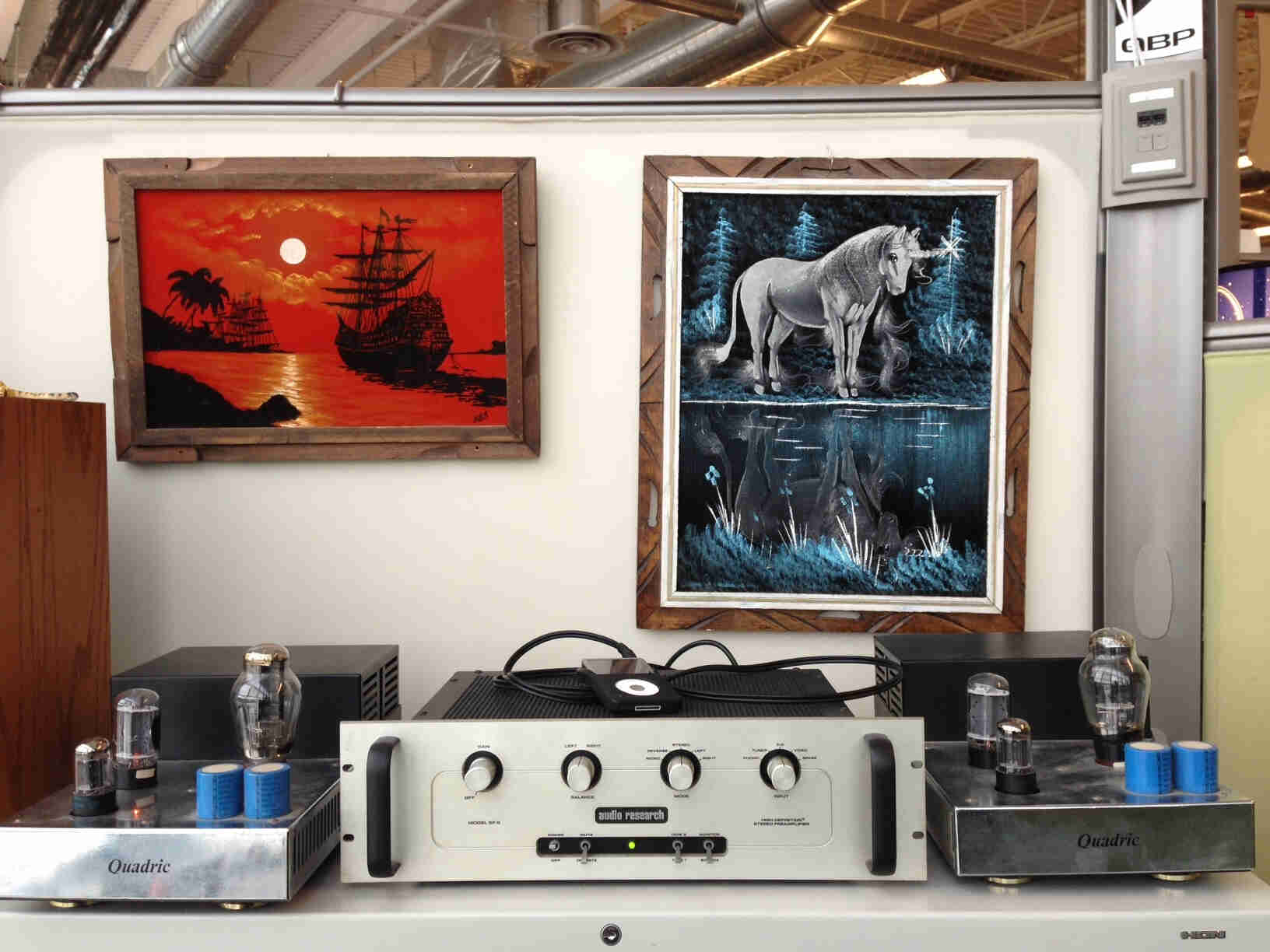 And here is the turntable I rock at the home office. 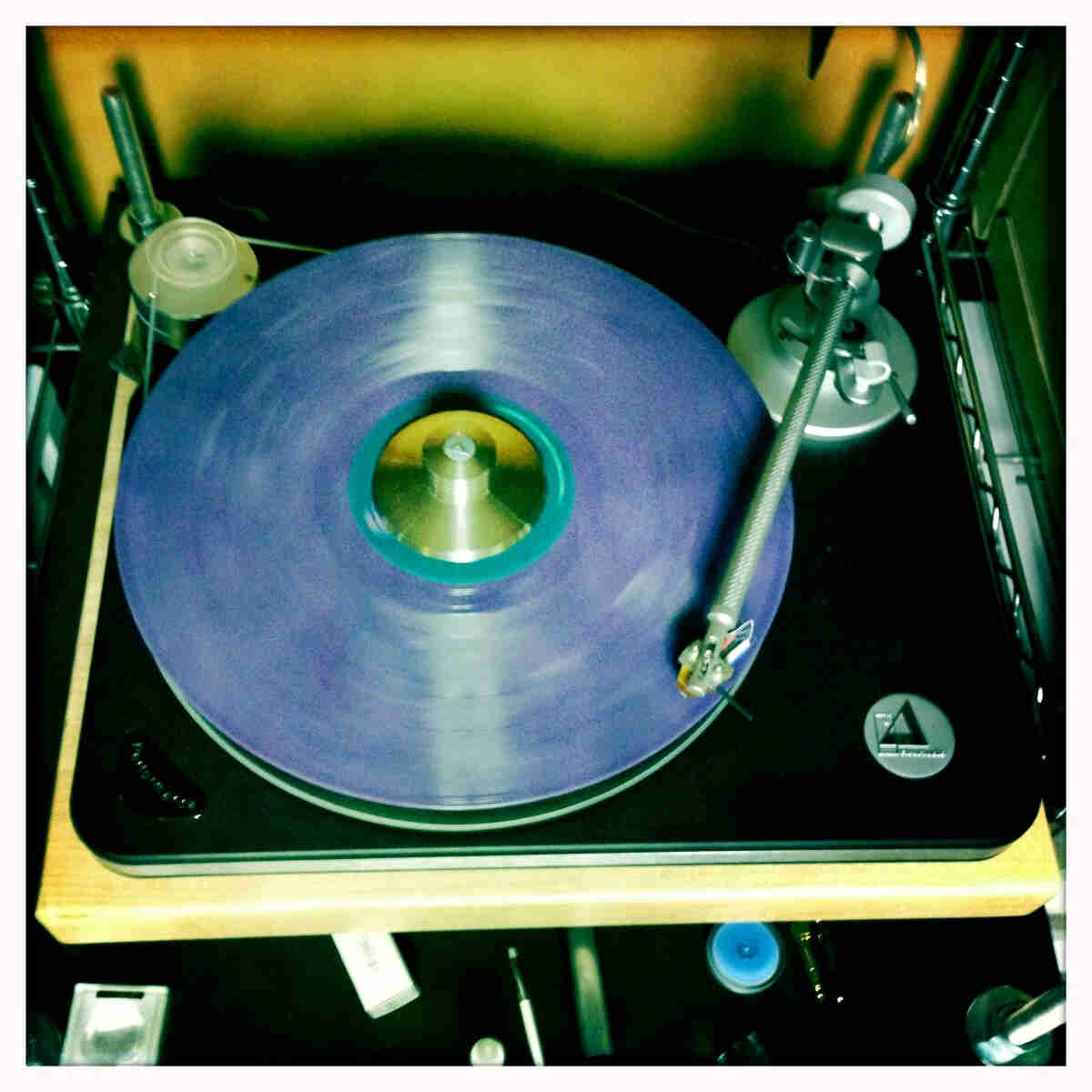 When I started working in the bike industry in 1993 I began collecting bicycle related stickers.  Here is a very small random sampling of my collection.  For some reason I simply cannot bring myself to get rid of them.  Brose once offered me $100 for the entire lot and I said no. 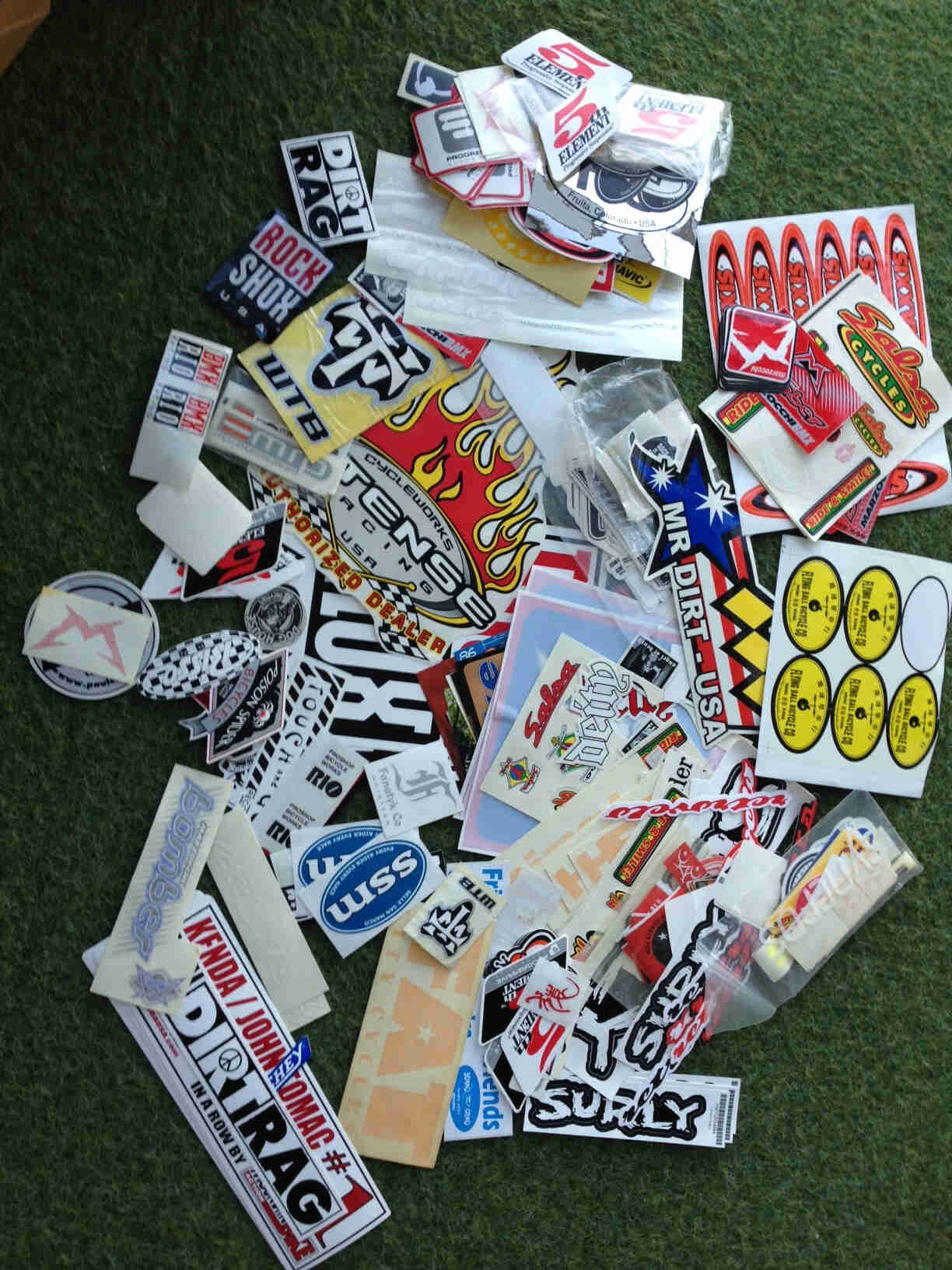 Here is my current bike build:  a Travelers Check.  The frame is waiting on custom decals.  Once they are done it will go in for a clear coat and then I will build it up.  Look for a blog dedicated to this in the future. 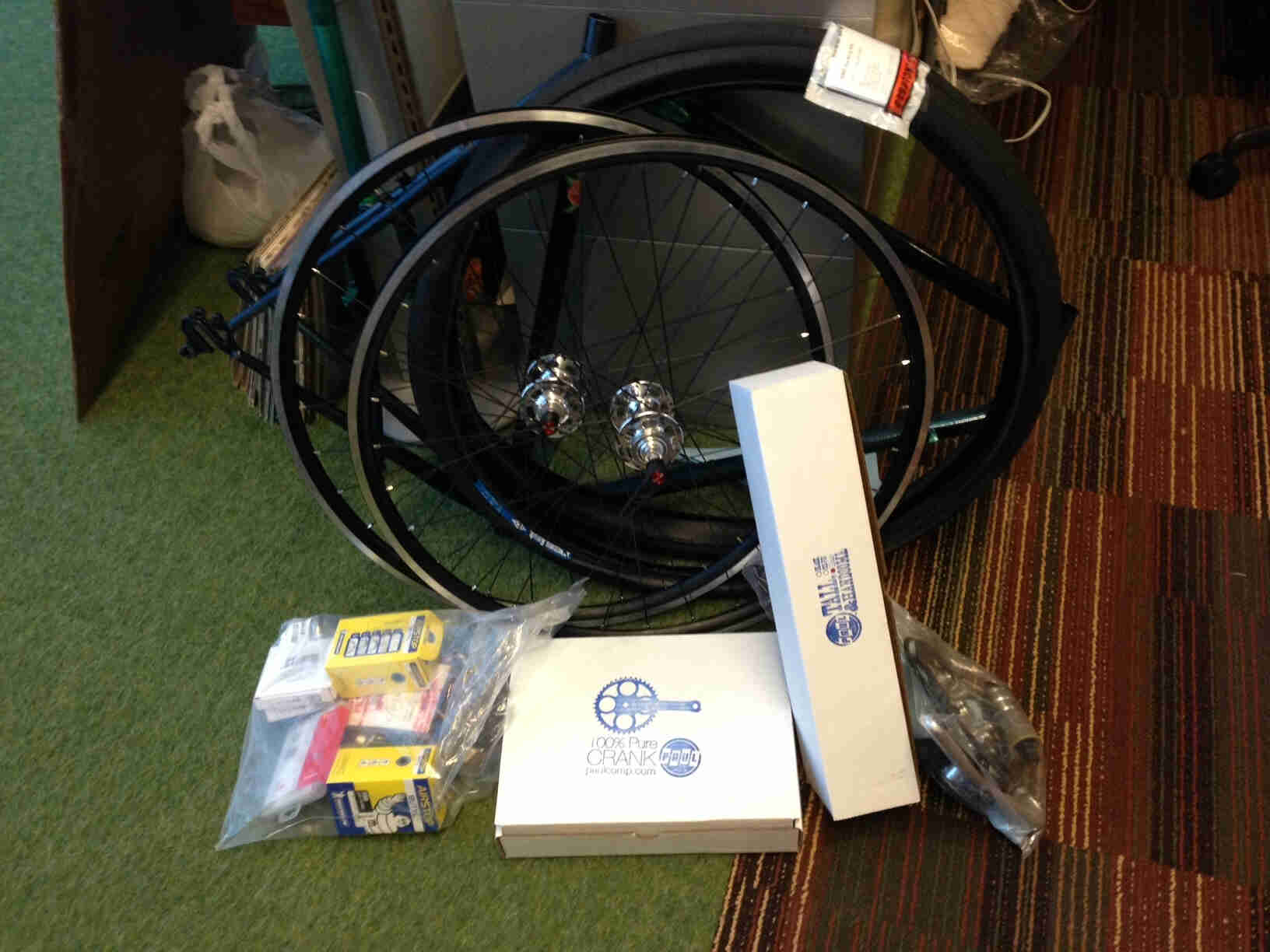 This summer I built up my Krampus prototype and it has become my favorite mountain bike ever.  Here it is posing on some local single track. 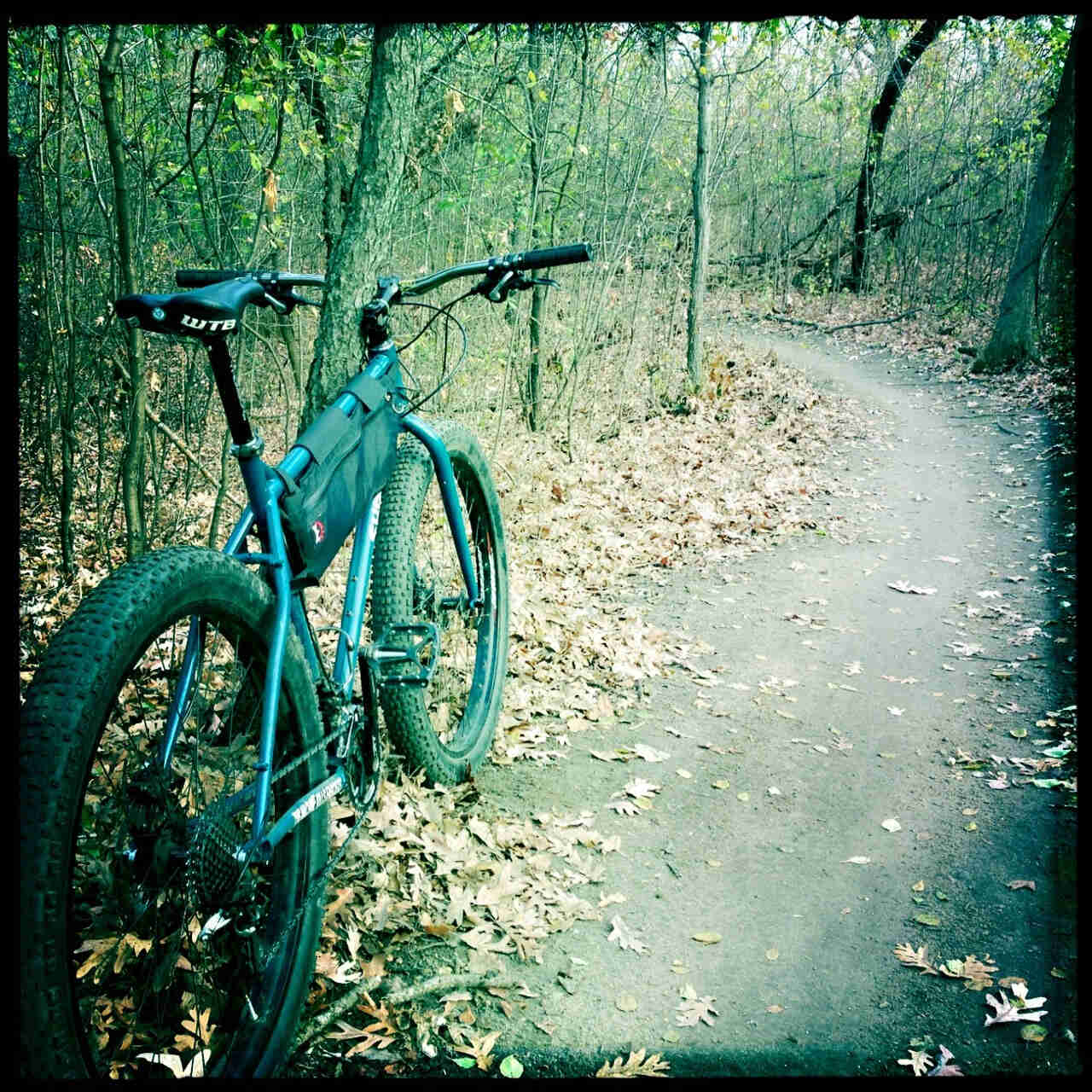 These photos are exhibits of a small portion of my nerdiness.  I have other things I geek out on.  I'm sure you do as well.  That is what nerds do, afterall.  It's Okay to be a nerd and be proud of it.  Even you D&Ders need not be ashamed.  Just don't expect me to join in or be your friend you for it, you silly nerds.