The Bagel Runner Midnight Special | Make It Your Own

Let’s all give a steely Make It Your Own welcome to Dan, Chief of Propaganda here at Surly Bikes. He’s logging on today to walk you through one of the noteworthy steeds in his stable, a versatile Midnight Special currently set up for speedy mixed-surface rides and haulin’ foods with holes. Take off your socks and kick back if you feel like it.

Surly bikes are designed to morph and grow along with their owner’s needs and wants. Midnight Special is no exception. In fact, from my point of view, Midnight Special is one of the most versatile bikes in our lineup, and that’s saying somethin’. We (Surly) birthed Midnight Special in 2018 and at the time, it was about the only true road-geo bike out there that offered significant tire clearance and allowances for 650b and 700c tires. Of course, a lot has changed since 2018 and as we suspected, the virtues of this setup have caught on like wildfire among other bike brands, as seen all over the internet and local bike lanes near you. We’re usually early to the party…and last to leave…

Chizzlin’ on the Way to Camp

Over the years of owning my Midnight Special it has seen different setups and uses, everything from go-fast 700c road and gravel to loaded dirt-touring on mountain bike tires. This versatility is why I love this bike. Inspired by the Dirt to Work Midnight Special as seen on this very blog, one of the first builds I did with this bike featured some WTB Bee Line tires that I stole from a Bridge Club takeoff when we were looking at different tires to spec on that bike. These really take advantage of the massive tire clearance this frame offers. 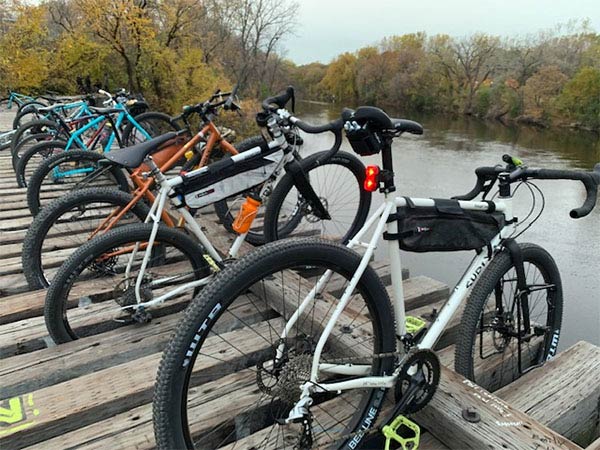 Since I was so smitten with the knobby trail tires, it only seemed logical to load up the bike for shorter bikepacking trips from time to time. I wasn’t sure how it would ride loaded with gear and extra weight, being as dirt-trail bikepacking was definitely not a use-case even remotely considered by our product teams when developing this bike. But I was actually pleasantly surprised to find that it handled very well with loaded riding. 10 out of 10 would consider doing it again with a future build. 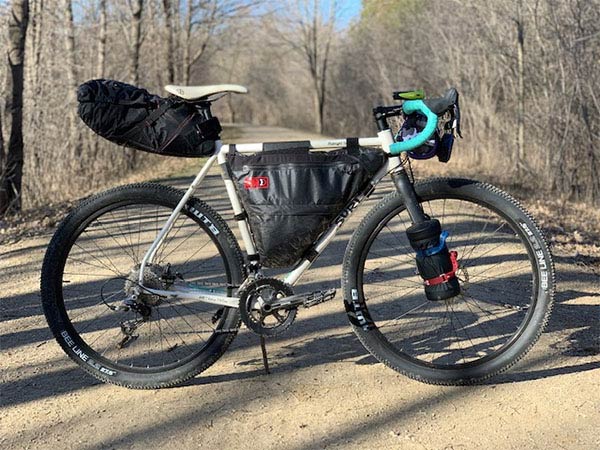 Scratching Where it Itches

After taking off the knobby tires and gear bags and setting the bike up for plush road rides once again, I put good miles on it for a year or two. But as is my nature, I can’t leave a good thing alone and I inevitably got the itch to rebuild the bike from top to bottom. This was certainly fueled in part by pandemic boredom, which I’m sure many can relate to. I envisioned fresh paint, new wheels, drivetrain, you name it. I wanted to make a go-fast bike that would be well-suited for road, gravel, and mixed-surface rides. A bike that wasn’t going to see racks and heavy loads mounted to it (I’ve got a Pack Rat I adore that handles those loads better than a hoarder’s mid-nineties sedan). Part of my weekly routine is an early rise to hit the road for a ride to a local bagel shop a couple cities over where I grab breakfast bagels for my family. It’s usually a race against time to get back home with bagels before the kids wake up, so a bike with some speed would certainly make things easier for me. A bike built as an elite-level bagel hauler was identified as one of the primary use cases, so I tossed the bike in the stand once again and stripped it down for a fresh powder-coat and rebuild. 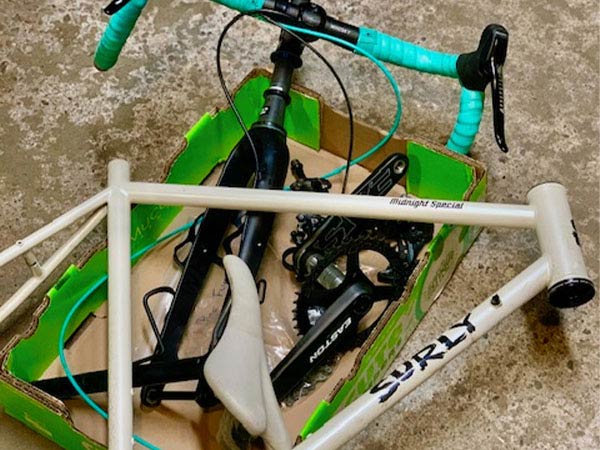 Choosing a new bike color can be daunting. There are seemingly millions of colors to choose from. It’s like a rabbit hole that has no bottom. And once you finally choose a color, it will ALWAYS look a little different from what you had in mind when it comes out the other side. This is half the fun of doing a custom color for your bike. For this bike, I went with an Army/earthy green color (RAL-6003 for those who are wondering). I wanted something subdued to really accentuate the vibrant purple and other color accents that I had in mind for this build. 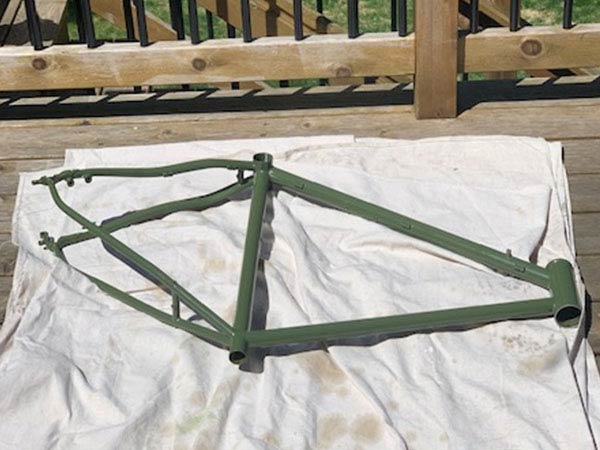 One of the more unique features on this bike is the drivetrain: SRAM road lever/shifters paired up to a SRAM Eagle rear derailleur and a 12-speed cassette. This was made possible by a cool product made by Ratio Technology in the UK. Basically, it is a kit that makes your 11-speed road shifters compatible with a SRAM mountain 12-speed rear. I was very intrigued to try it out and see how it works. It was a fun project and works quite well. It takes a bit of fidgeting to get it dialed in, but for a little over $100, it’s a great way to add some range. If nothing else, it’s a good reason to take apart your shifters to see how they work.

Acquiring the bike parts for this build was a challenge even working for the largest bike part distribution company in the western hemisphere. We were right in the midst of the largest bike component bull market that has ever been seen, and parts were being sold just as soon as they arrived. This situation extended this project longer than I was hoping, but in the end I couldn’t be happier with how this bike turned out. The bulk of the other components are from Chris King, Paul Components, Whisky Parts Co. and SRAM. I’ll drop a full component list below as well for those who are interested in that sort of detail. But for those who just want to use their eyes to see the bike, here are a bunch of detail shots to serve as a digital tour. 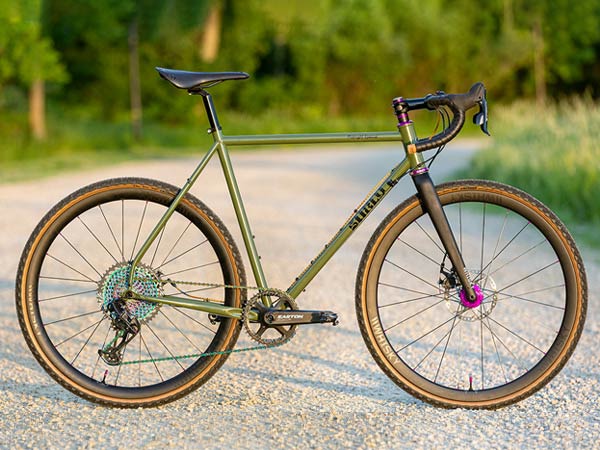 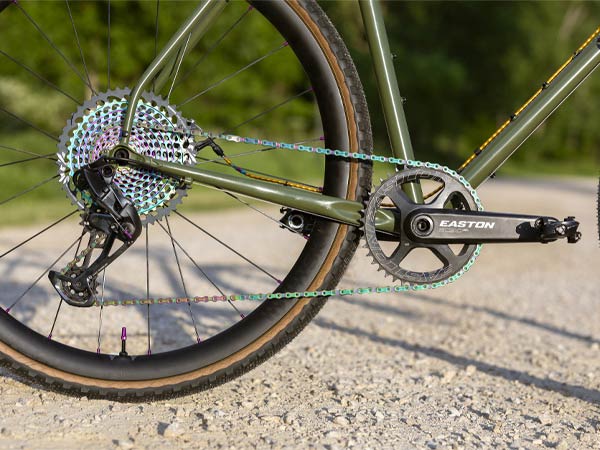 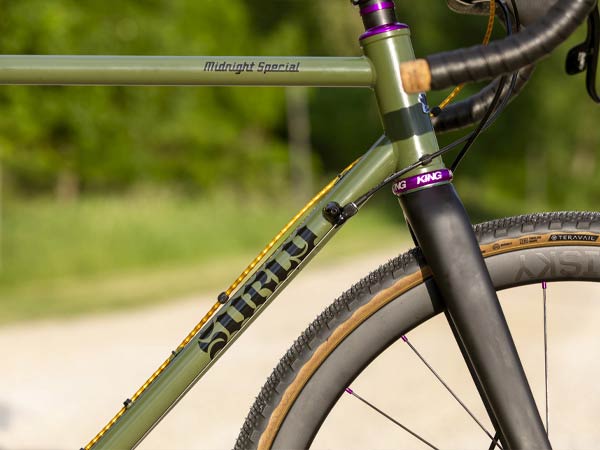 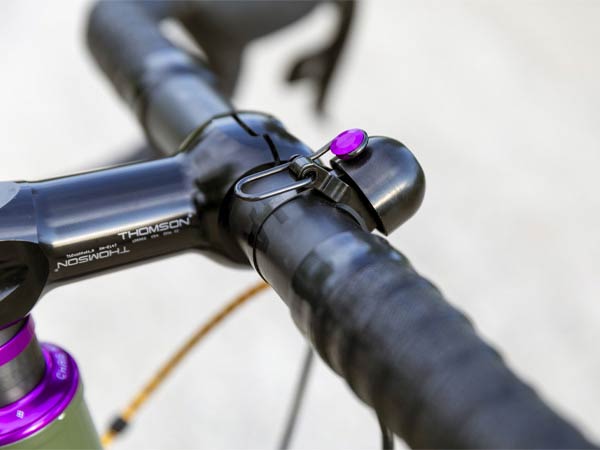 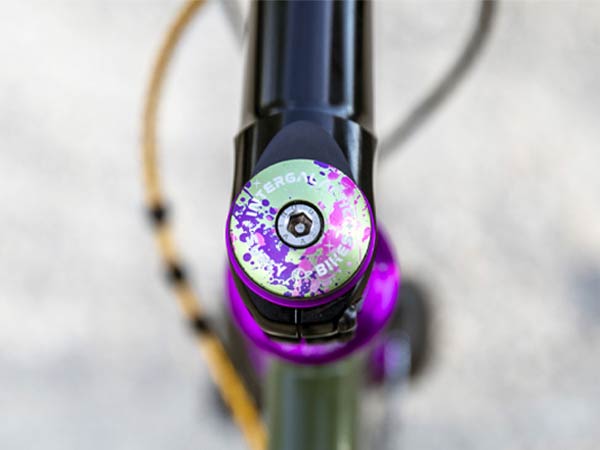 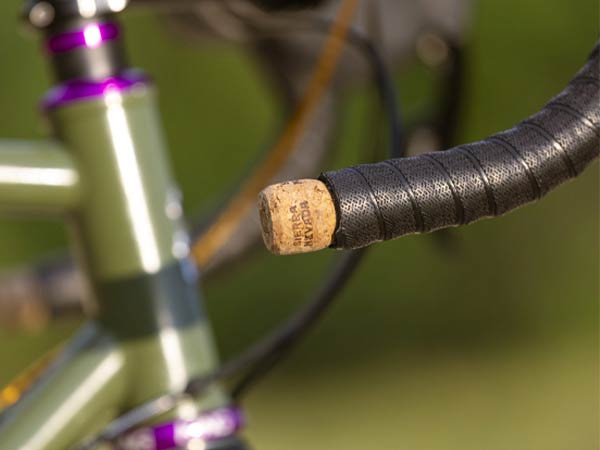 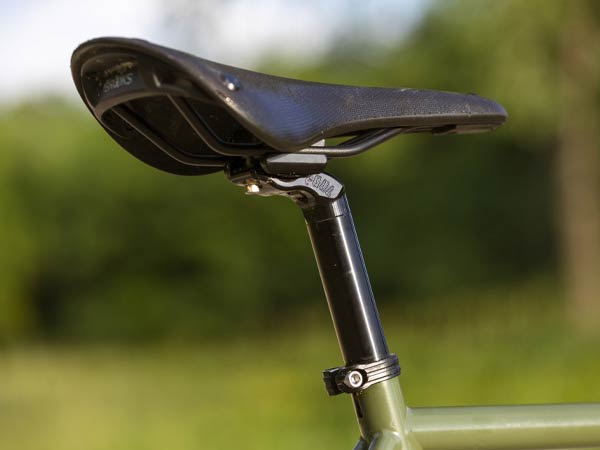 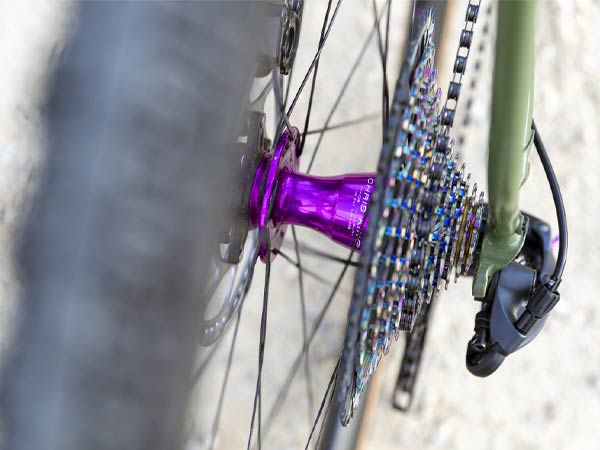 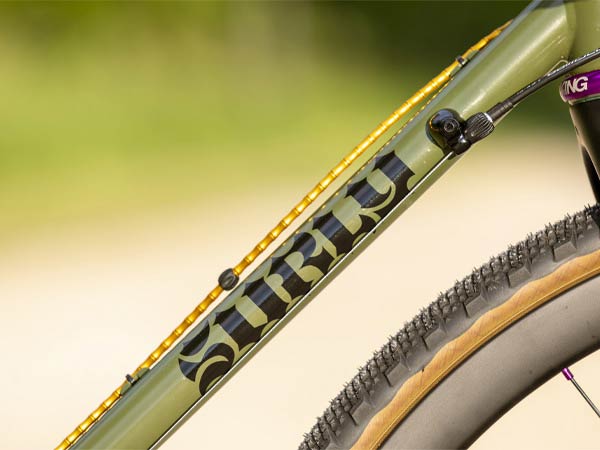 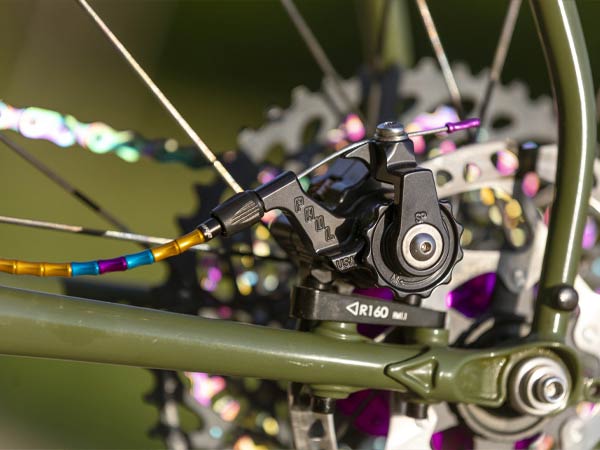 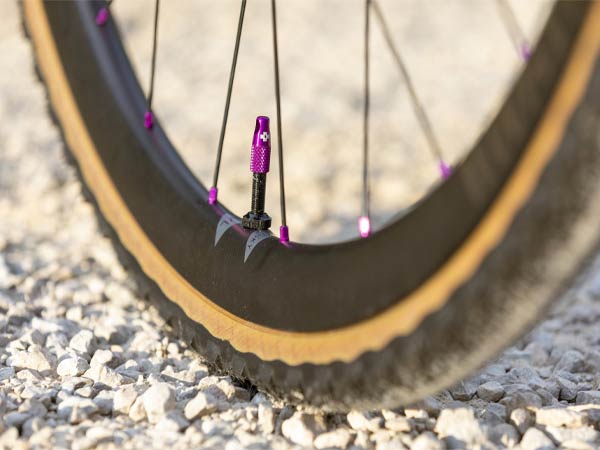 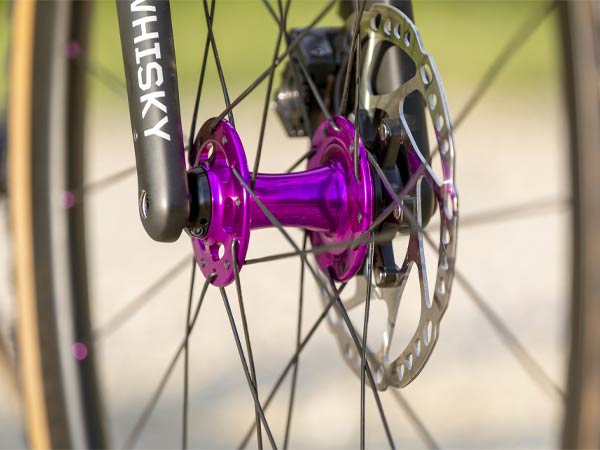 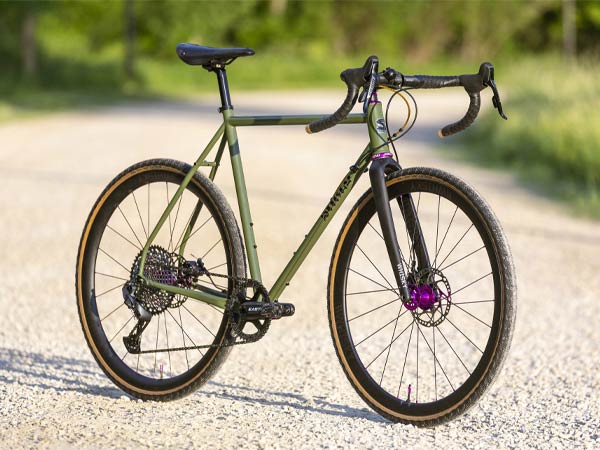 Make It Your Own, Again and Again

As you can see, this bike has been pretty much fully overhauled from the early builds shown above. These days it takes turns with mountain bikes for saddle time, oftentimes coming out on the days that the dirt trails are closed from rain, or for longer weekend rides with friends. However, the bagel runs for breakfast are still my favorite rides on this bike. I mean, just look at how well four bagels fit inside this awesome handlebar bag by Sturdy Bag Designs. They call it their Handlebar Bag, I call it my Bagel Roll. 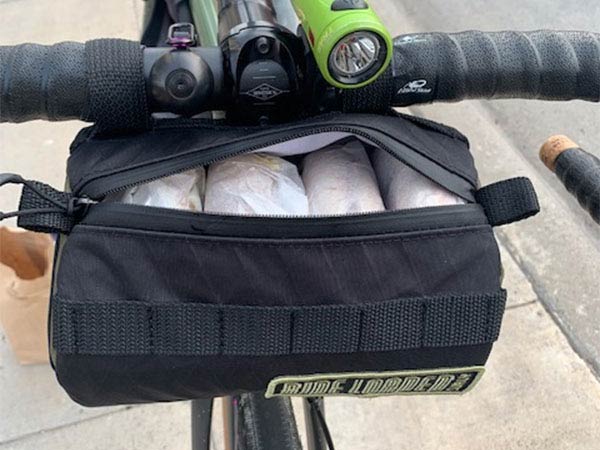 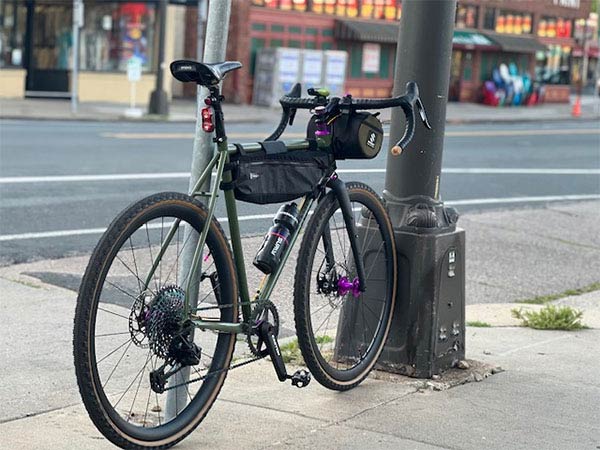