Make It Your Own: The “If You Love It, Let It Go” Karate Monkey

Some people have strong feelings about wheel size. Our hardtail trail companion Karate Monkey likes to party with 27.5+ wheels and 29ers alike. That open-minded versatility extends to braze-ons and beyond, allowing you to set it up for speedy singletrack mayhem, long-distance bikepacking, and all the gnarly terrain stretched out between you and the vacant Blockbuster store across town. Ben Witt, Friend of Surly and Proprietor of Heath Creek Cycles in Northfield, Minnesota, made this single-speed trail trasher his own with 29x2.6” tires front and rear. What he did next may shock you. 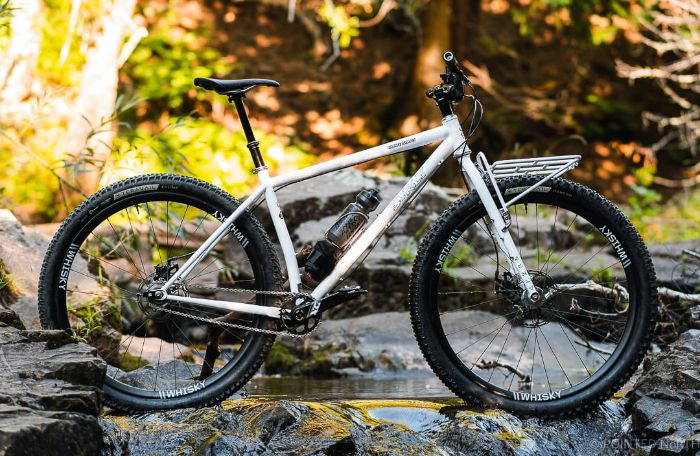 Why Did You Choose Karate Monkey, Ben?

“There’s a lot of stuff on a Surly that allows you to do whatever you want. This culture, this idea to ‘Make It Your Own’ started with single-speed hubs. ‘Here’s the 1x1 frame,’ they said. ‘Now throw some parts on it.’ Everyone’s was different, and I wanted to celebrate that minimalist option. I love single speeds for their simplicity and clean lines, and I really loved the idea of having a stripped-down, barebones mountain bike.” 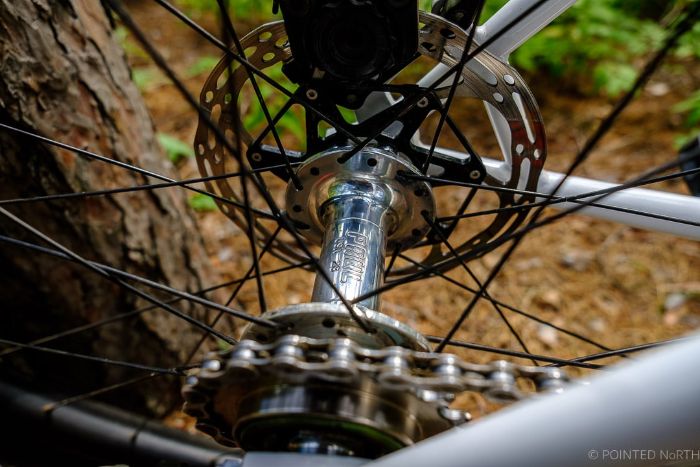 “The Karate Monkey has progressive geo, it rides well, and it’s super capable, fun, and playful. It just rips, especially with a big fork and brakes. I remember when the first Karate Monkey came out; I’ve had every generation. This was a lime green KM built for Frostbike a while back. Steve Potts built a steel SS MTB for NAHBS in 2017. It was all white and that pushed it over the edge for me — build a bike to do one thing, do it exceedingly well, and make it clean. The 2nd-gen 1x1 came in pearl white, too, so this is also an homage to that 1x1.”

Let’s Talk About How You Voided Your Warranty

“I like messing with stuff, playing around, working with my hands. I’m not a wood guy, but I like working with metal. I’d like to build things — bikes, racks, that’s what I want to do — and this was a half-step toward playing in that world. I’ve worked on many bikes before, and I wasn’t worried about ruining the bike. It’s a steel frame and you can fix a lot. Also, it was a slow process, and I had a lot of time to consider everything. If you’re gonna screw up, you’re gonna screw up slowly. So I looked at this canvas and asked, ‘What do I need and what do I not? If I save these options for later on down the road, will I ever use them?’

The Surly dropout is really clean and elegant, for how many things it does. But I fully voided the warranty by taking a hacksaw and cutting off the derailleur hanger. I’m never putting fenders on there either, so I cut the fender mounts off and filed those down. I also filed down the flange on the hooded dropout to be more svelte around the weld. It’s not immediately obvious, but it refines that design.” 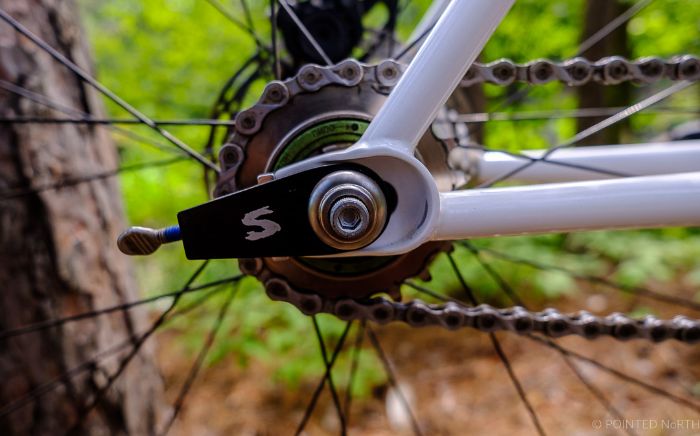 “I filed down the wheel guides and cleaned up those features to make them sharper. It looks good, but the wheel’s also easier to get in and out now.

I decided I didn’t need triple cable guides running to the back, so I took those off and brazed on a single guide along the side. Now you can’t see the brake cable behind the tube — smoother routing, cleaner lines. I used a torch to take off the braze-ons I didn’t want, but a lot of it was file work. Refining surfaces, trimming down dimensions.” 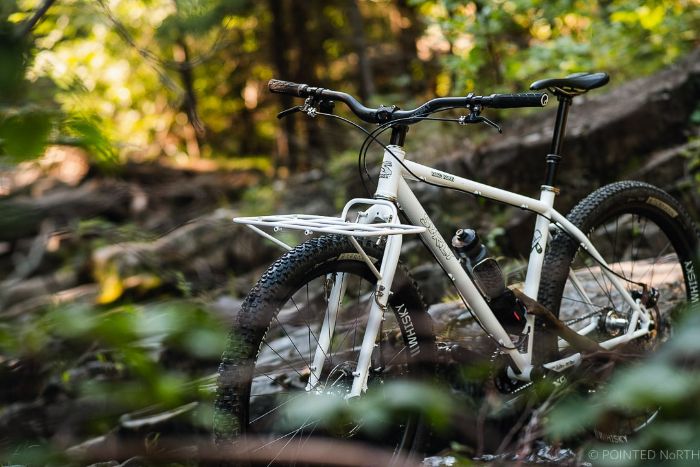 “I’ve become of fan of dropper seat posts, and I’m not a big fan of hanging a bag under the seat. But I also want to carry a full tool pack and a tube. I love Salsa’s Anything Bag, so I added another water bottle boss, below the stock 3-mount. Now I can run the water bottle with the bag nestled against it. This helps me keep weight low without moving my bottle.

The nicest thing about Surly is, underneath all the stuff, the bikes ride really well. The bike still rides exactly the same as it did before, so these refinements and elevated components were all an exercise for aesthetics — to make it pretty. The devil is in the details, right?”

What’s Your Favorite Piece of Customization?

“I will always be a wheel guy. Wheels are the biggest upgrade you can make on any bike, of any kind. I love Paul components. A Paul hub with a White Industries Trials Freewheel – just fabulous, rebuildable. That combo is just kickass. Hubs that roll forever, polished parts. Great accents. Carbon rims are great, I love ‘em, but this wheelset knocks it out of the park.

I also took a 24-Pack Rack and coated it to match.” 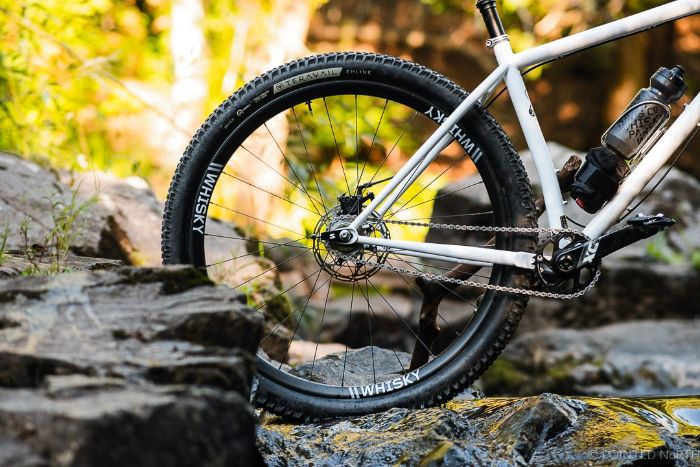 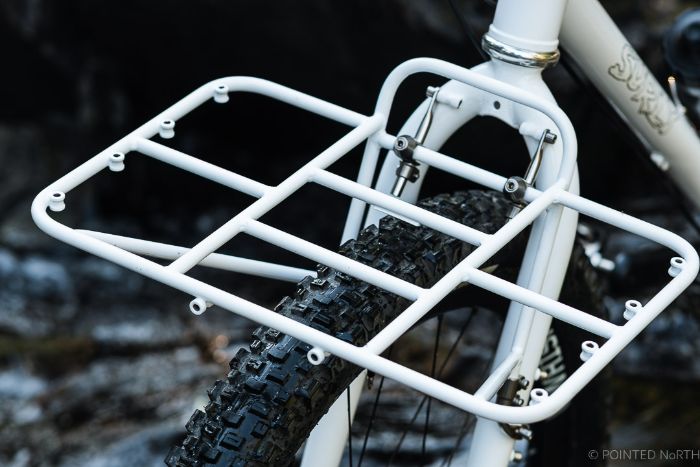 What Kind of Riding Have You Done With It?

“The point of a SS MTB is that you’re on the wrong bike and in the wrong gear almost all the time, and that’s the beauty of it. This is a general-purpose SS MTB. It’s not out-classed by the bigger trails, and it can do bikepacking. It can do anything I’m comfortable doing. There’s some local dirt just a mile from home, but it also sees 20-mile trail rides, gravel, and just screwing off with friends when it’s safe to do so.

The first time I took it up to Duluth was memorable. We don’t have hills in southern MN, and I was vastly over-geared taking it up there. A buddy told me where to ride, but I got lost and rode in the wrong direction for a few miles. I suffered and I just loved it. Drove up, rode bikes, drove home. A great one-day vacation.”

It Was Never For Sale, But…
“With any project, there’s a beginning, a middle, and an end. That’s the nature of building. Creating this bike was as cathartic as riding it. I had a vision and I completed it. It turned out gorgeous and my buddy really liked it. It was never for sale, but I was launching my business and I sold it. At some point, they’re all just bikes. I could do this again tomorrow.

I found the perfect guy to ride it. He’s mostly been a gravel rider, but he wanted to get into MTB and we decided to build him a Karate Monkey. We talked about duplicating mine, but bike availability is challenging right now. Selling it wasn’t a quick decision, but it was a good solution. He has a pilot’s license and flies places to go ride. I get just as much satisfaction watching him ride it, because I know he gets it.

It is immensely satisfying to see someone take joy in your work. You’re picking components, you’re picking colors. You’re asking questions like, ‘What do you want it to look like? What do you want the freewheel to sound like when you coast down a hill?’ There’s ride quality, there’s quality parts, and there’s the craft of putting it all together — but what’s the next level? You ride your bike, build a fire, lean it against a tree, and then you just look at it. Damn.” 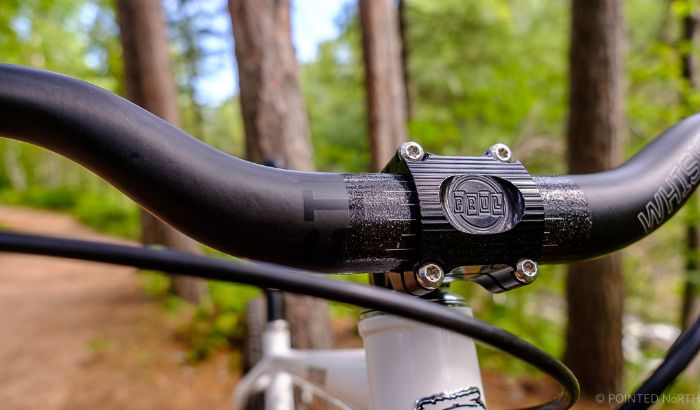 Here’s a Rundown on the Rest 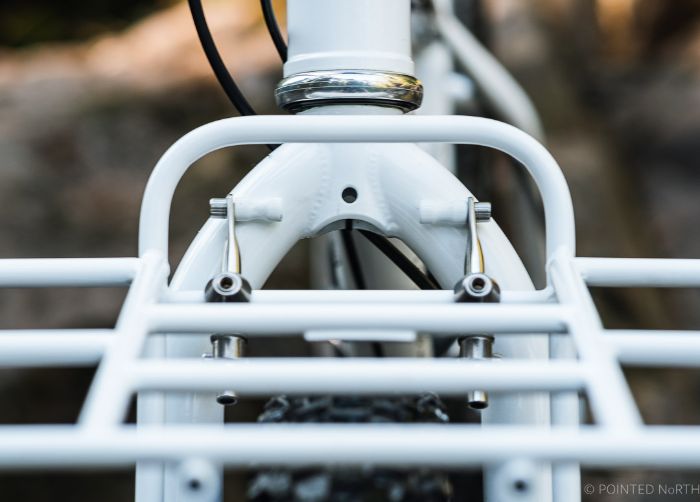 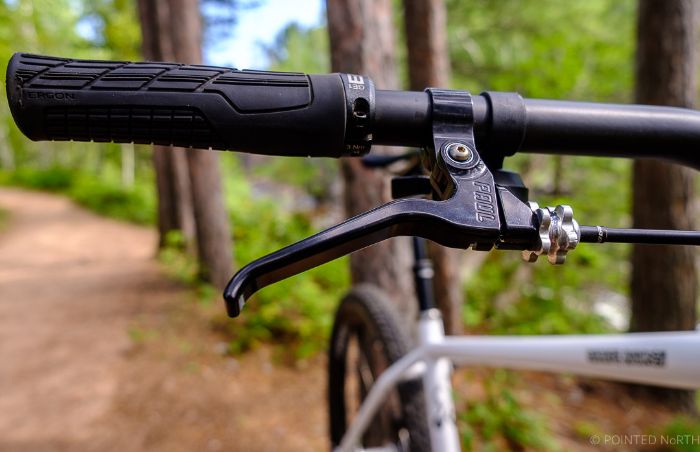 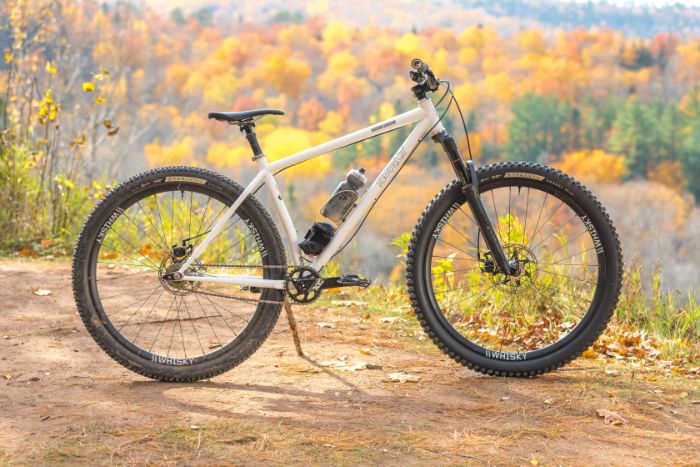 Make It Your Own, Make It Someone Else’s — whatever you do with your Surly is up to you.

Just remember to post pictures of it on Instagram with the hashtag #SurlyMakeItYourOwn so we can see the cool things you did.

Thanks for sharing this build with us, Ben!

Editor's Note: Show Ben some love and follow his shop on Instagram to see all the custom builds he is pumping out!  @heathcreekcycles

Please also show some love photograhy love to Josh Kowaleski the photographer of most of the great shots you see above! Follow Josh on Instagram at @pointed_north