High Adventureneering In The Great Outdoors

Every year I like to take a trip on my bike.  The kind of trip where you load your bike up with racks or bags and then you fill those racks and/or bags with outdoor type survival/camping supplies and try to get from one place to another without dying.  It's really a lot of fun and since I started doing it, I've been really captivated by it.  Usually when I do these trips they are in the great state of Michigan, mostly because I grew up in Michigan so I know where to go and also because Michigan kicks ass.  It's a place filled with all sorts of outdoor ammenities.  It's got trees, owls, trails, bears, rivers, lakes, beaches, plants, rocks, and a whole host of other things, and a lot of these things all reside on the vast amount of public land the state has!  So you can see, it's pretty badass.  These trips are always good.  I always learn a lot when I'm out there.  They're an exercise in carrying on because on a moment to moment basis something always has to be done.  You either have to figure out a way to keep pedaling your bike, or figure out a way to get form one side of a river to the other, or figure out where the hell you are, or you have to get fire wood so you can dry your shoes out....  It can be anything, and this trip was no different.

Last year, while the trip was a success, we bit off a little more than we could reasonably chew so I decided that this year sights would be set a litle lower.  Lower mileage so that we could easily finish in four days at the most.  Ever since I was a kid I have dreamed of having a bike loaded down with crap and pedaling said bike around in the wilds of Michigan's Upper Peninsula, so that's what I figured I'd do and the advent of fat bikes has only increased the possibilties.  After doing some research I settled on riding a 65 mile section of beach from Whitefish Point to Grand Marais, MI.  We would drive to Grand Marais, get a ride to the lighthouse at Whitefish Point, then pedal bicycles back to Grand Marais along the shore of Lake Superior.  I'm not going to get into the packing lists or anything like that because Dave Gray has done that on this blog before and if Dave saw how I packed he'd shoot himself in the face just so he could roll over in his grave later.  If you want the gear stuff, find one of Dave's posts and listen to him because he actually knows what he's doing.  Suffice it to say I packed what I thought I needed and I was a little off the mark, but it was pretty much what you'd expect; food, shelter, fire stuff, dry clothes....  I definitely fall into the 'run what you brung' category so my gear ramblings will be of little interest and even less use to most but I will give the gear lovers a bike shot for their amusement. 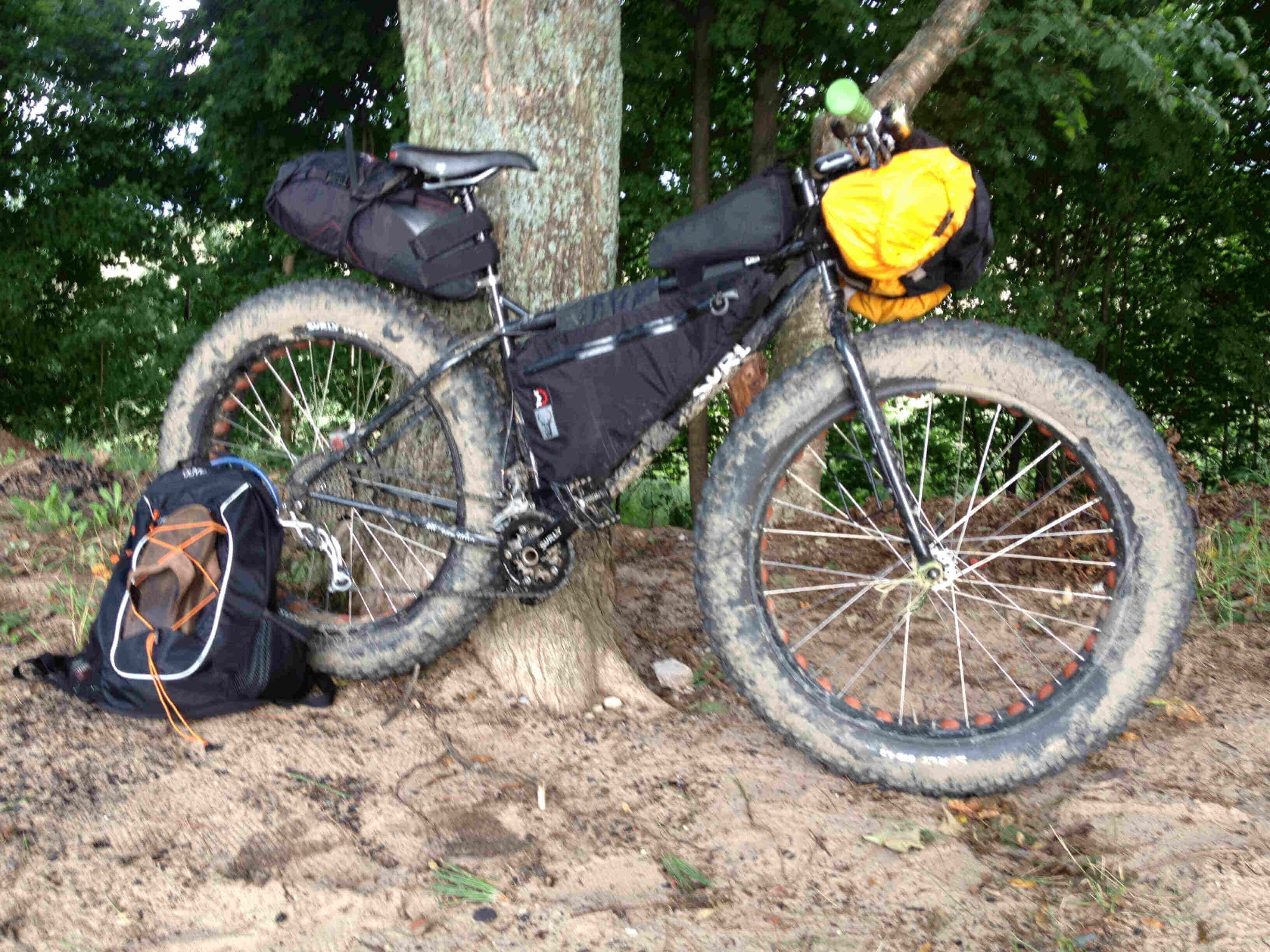 The first day got off on not the best foot since by the time we got to Whitefish point it was really late and obviously going to rain, but as we made our way down the beach it became very clear that we were going to have to spend a large amount of time in the water hiking around rocky sections of shoreline or erroded banks that had slid into the water and weren't traverseable by bike.  We walked for the first two miles of the trip.  At least being wet and sandy meant the rain was of little concern as we rode down the shore.  After some time, we came to the first landmark of the trip, Crisp Point Lighthouse.  I'm a sucker for lighthouses, they're just so damn cool and Crisp Point didn't disappoint.  As we rolled down the shore we could see the point with the tower set against an austere, gray sky.  It was a real Gordon Lightfoot moment and it kicked ass.  Here it is now! 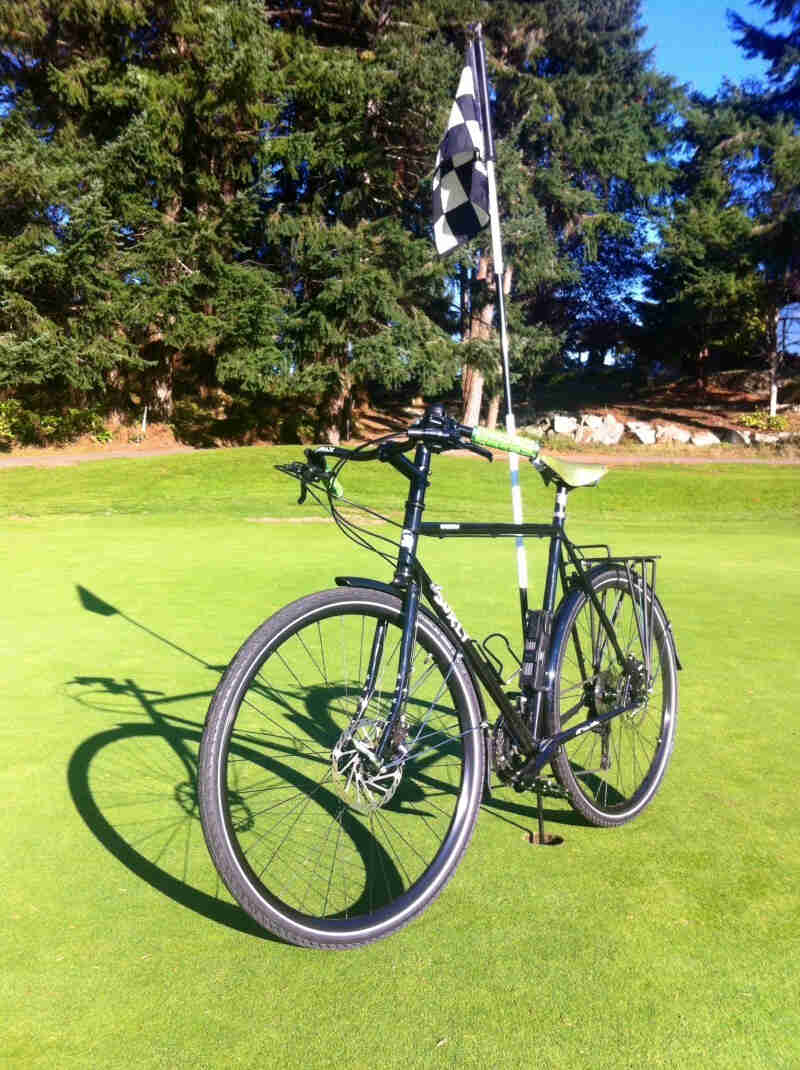 And here's the view from Crisp Point Lighthouse back towards Whitefish Point. 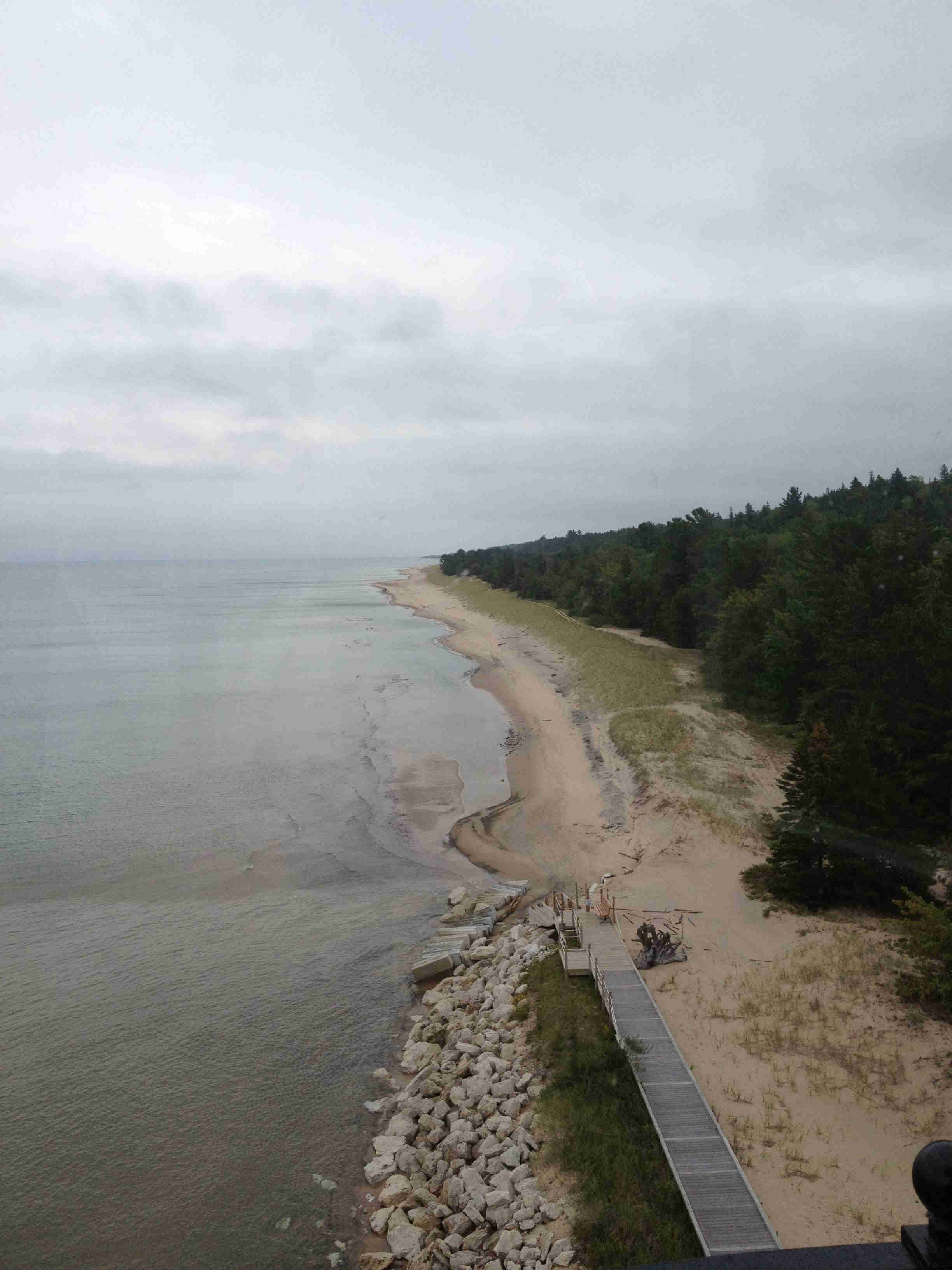 Looking back, I wish I hadn't taken this photo below as it ended up being bad luck that I'll get into later. 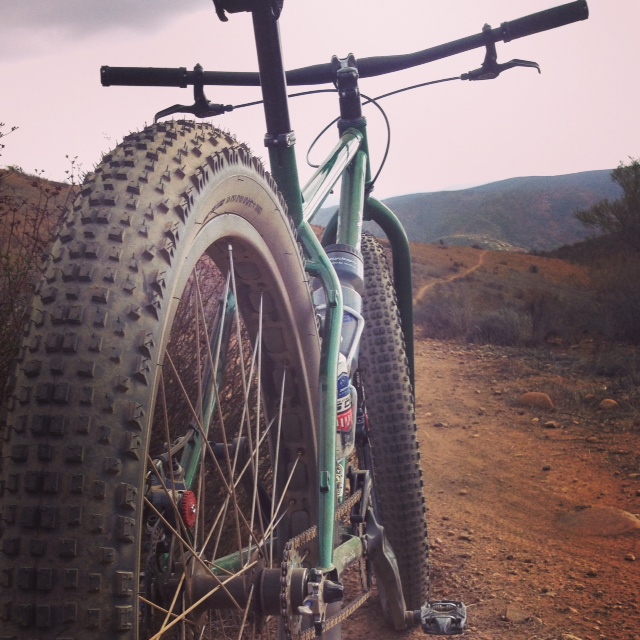 After leaving the lighthouse it was time to find a place to camp.  This was sort of the low point of the trip when we bumped into an angry landowner that was not too keen on us using his beach in any way.  It was at this point we had to do some backtracking towards the lighthouse and dive into the forest in order to get around this dude.  Once we were off this fella's claim the rain that had been going on and off all day turned back on so it was into the tent for shelter.  What proceeded was the most terrifying night I've ever spent in the woods.  The storms we experienced that night were by far the strongest I've ever been in a tent for and they were not fun.  Next time I won't challenge Lake Superior.  That was dumb.

Day 2 started out with still more back tracking to find a way around our angry friend, and also Little Lake, which has a channel that leads into Lake Superior and was just wide enough and cold enough we didn't really want to swim it.  After we got back on track things did start to smooth out and aside from one fugawi moment, it was dirt roads and sandy ATV trails all the way back to the beach. 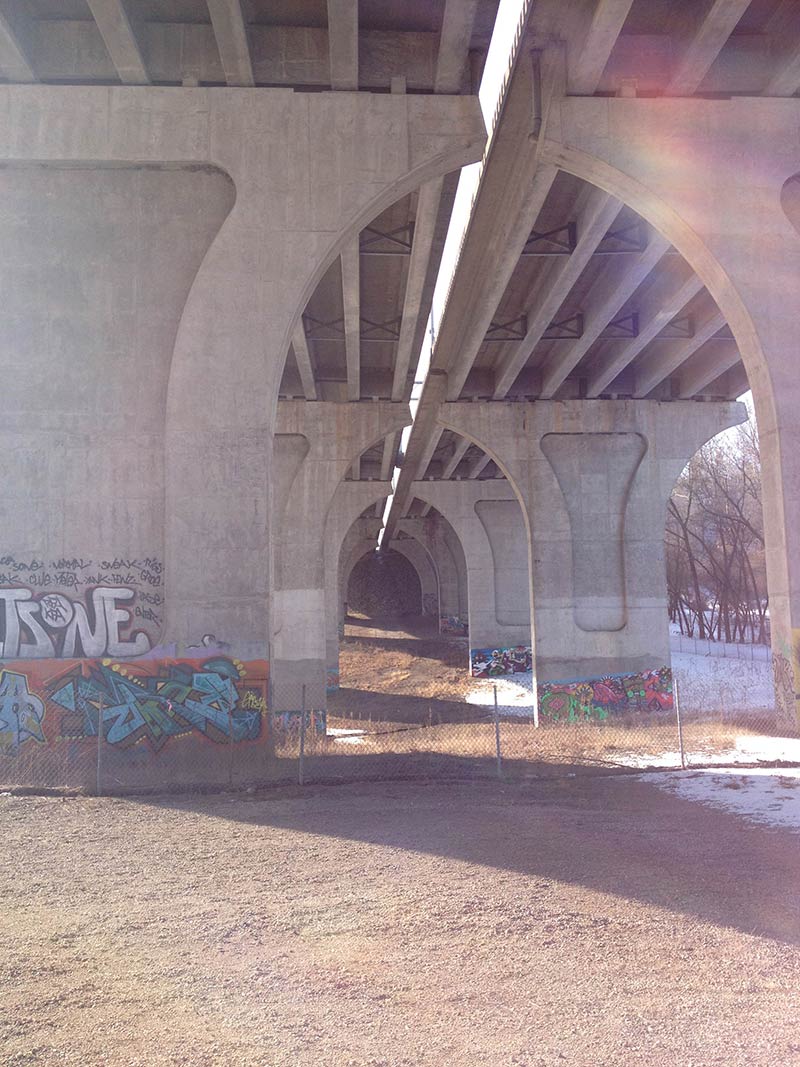 This is obviously where I'm asking the fugawi question.... 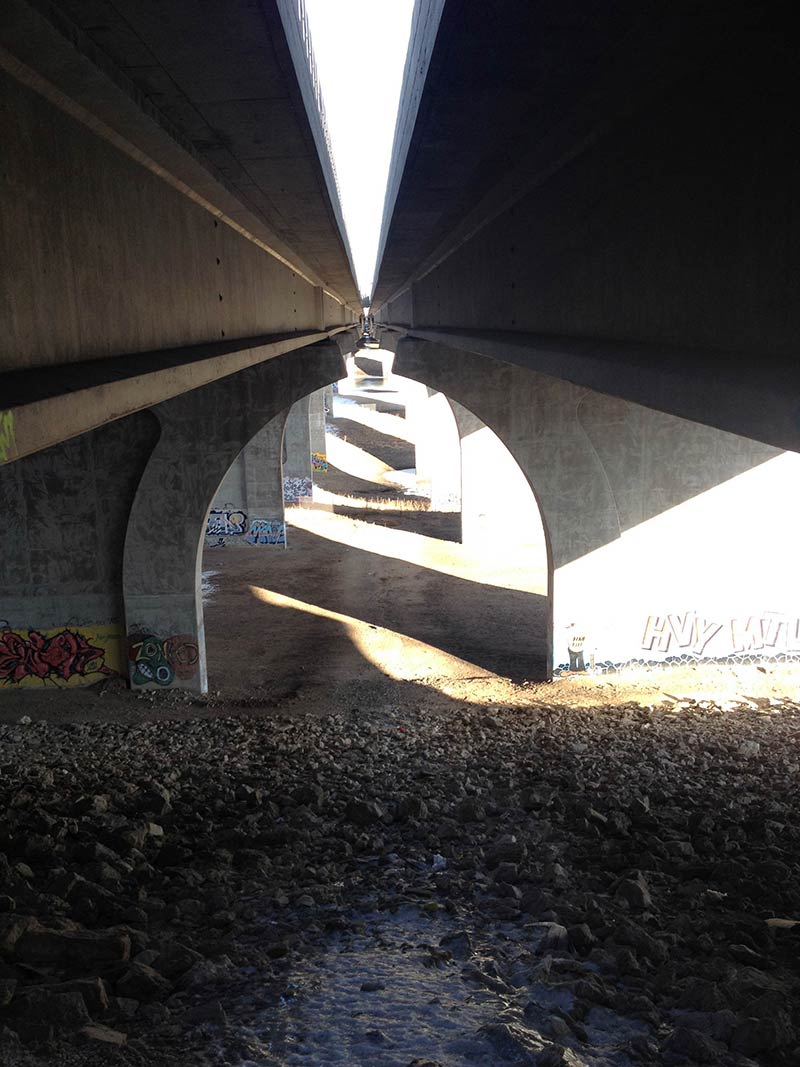 It's not as nice as it is on the beach, but just as sandy.  It was a good thing I took my Moonlander on this trip.  Even on these roads a standard mountain bike would have been pretty tough to push a lot of the time.

I'd also be remiss if I didn't say a big thanks to the lighthouse voluteers we ran into at Crisp Point.  At the point when we first met them things were not going particularly great for us after our encounter with the unhappy land owner, but they turned it around for us and after this short jog inland things really started to look up.  Even with the backtracking we had to do the second day and the fact that basically everything we had was wet and covered in sand after that night of storms, we managed to ride a lot further than I thought we would and around 5pm saw the state park that meant we would be on track to finish the next day.  It was a welcome sight so we decided to get a campsight so we could build a proper huge fire to dry stuff out and enjoy the whiskey, sausage and cheese I brought along for dinner that night.

Day 3 went smoothly.  It was all sun and fun, pushing the bikes through the insanely rocky agate beaches was a little slow going but when all you have to do all day is ride your bike, that's just what you do, so that's what we did.  The rocky sections of beach were actually really challenging and probably the toughest type of terrain we ran into.  Very squirmy and sapped the energy better than anything we ran into.  Riding bikes is hard. 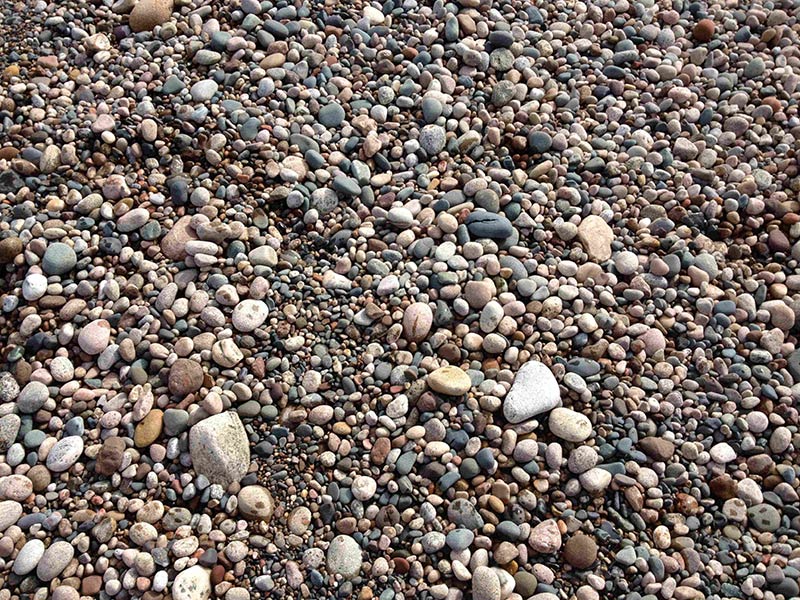 Other than these sections of beach it was pretty easy going.  We ate tuna salad and crackers for lunch while we rested on a log.  What's not to like? 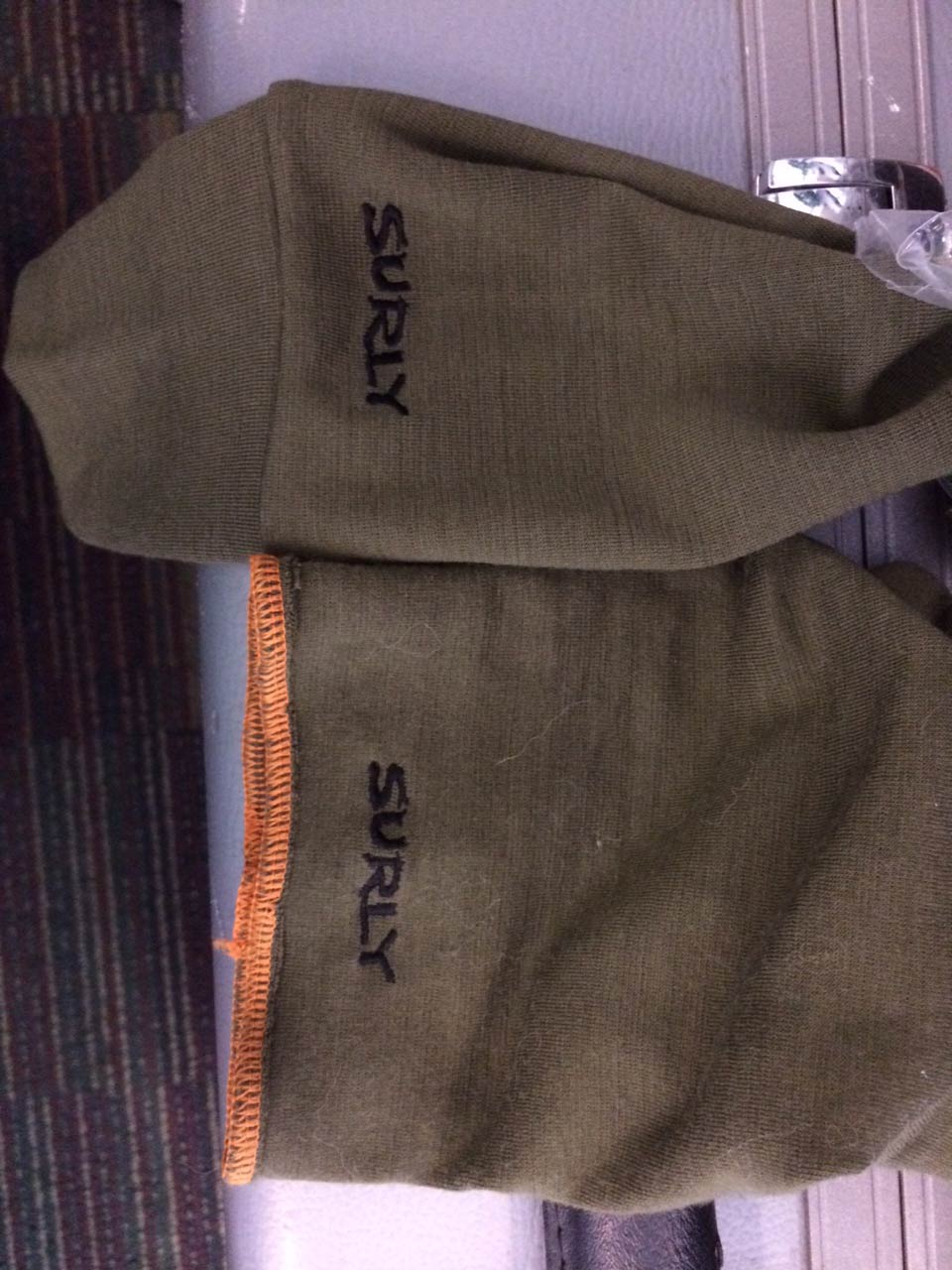 The last hurdle we faced on our ride was crossing the "marais" after which Grand Marais was named.  I made this much harder than it really needed to be because the water that flows into Lake Superior has a very high mineral content and is really dark.  This gives the illusion that two feet in front of you what was once luke warm, ankle-deep water becomes a swirling vortex of watery panic, but what I learned is that if you keep walking, that two feet never comes and you can walk all the way across this "marais" without issue.  Sadly, I didn't make that realization until after I had made a big deal about how we were going to have to swim arcoss or die in the wilderness. 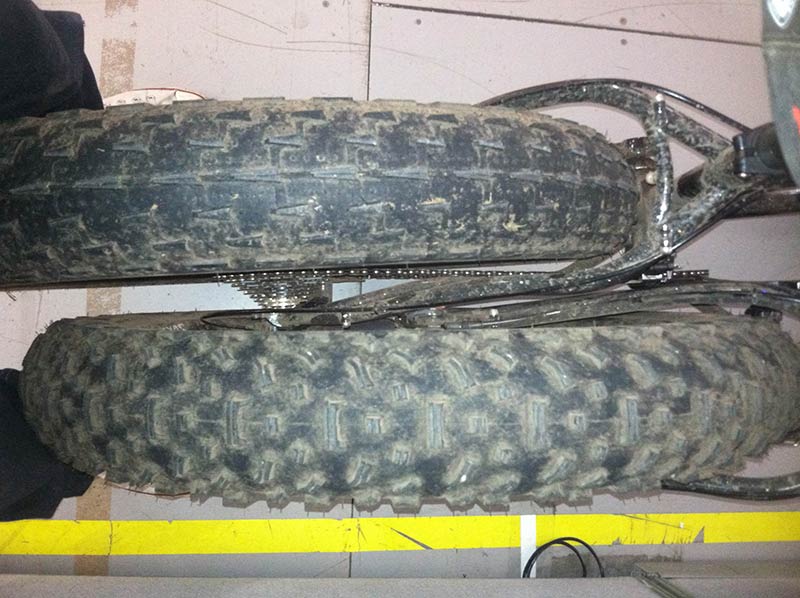 On the other side of this bank lies Civilization, Lake Superior Brewing Co., Burgers, Booze and all the trappings of the modern world.  When you do trips like this, there's always so many things that go through your head.  I went from moments where I thought we'd have to turn around, to thinking that all the most beautiful places in this country are owned by the rich and largely unavailable to regular jackoffs like me (which I still pretty much believe), to moments of pure elation and amazement.   The U.P. never disappoints when it comes to giving you the feeling that you are in the middle of absolute nowhere and that is pretty great.  Everyone reading this blog right now should do a trip like this if you never have before.  If nothing else, the first meal you eat after you get out of the woods will be the best tasting meal you have ever eaten up to that point, so even if the trip blows, you'll have that to look forward to. 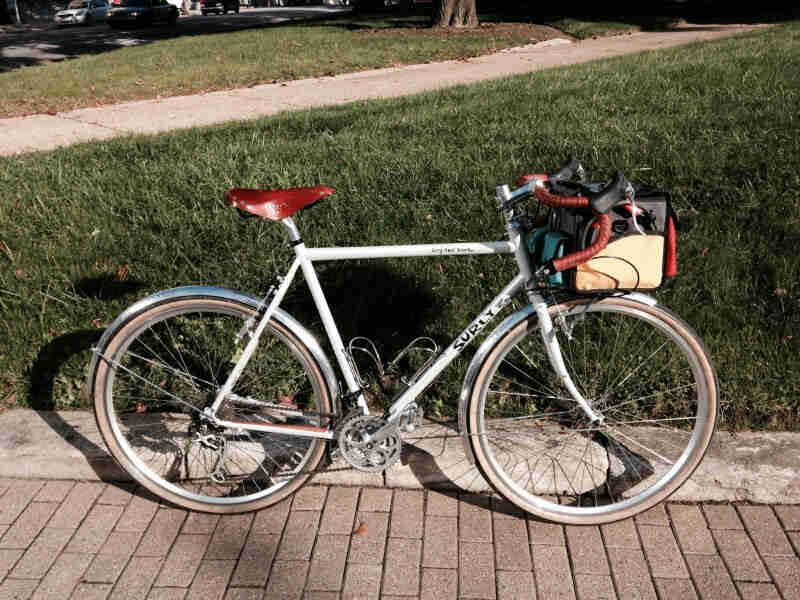