Have You Seen Steve’s Pants

The initial idea of this blog was to inform you of some new things we have in stock at our intergalactic regional warehouse. And while I intend to do just that I also want to tell the story of Steve's Pants. Steve is our graphic designer. Steve likes ice fishing and clothes that have long surpassed their fashion expiration date. An example of the latter would be Steve's teal pants. In 1990, Steve went to an outlet mall in southern Minnesota and had a chance encounter at one of the stores; an encounter that would change the course of history for the Surly bicycle company. I asked Steve what first drew him to these exceptional pants, thinking he'd have a story as epic as his teal pants but the only reply I received was that they were, "thick and badass... keep m'legs warm." Not technically a complete sentence but that's Steve – he gets the point across. The thing about these pants is that they are the most captivating shade of teal you have ever seen. Steve's pants draw the eye with the gravity of Jupiter, in a way some might describe as 'supernatural.' It only makes sense that we would use this color for our new Troll frame, which is also both 'thick' and 'badass' and will 'keep yer legs warm.' Go forth and ride bikes... maybe even one of these new ones. 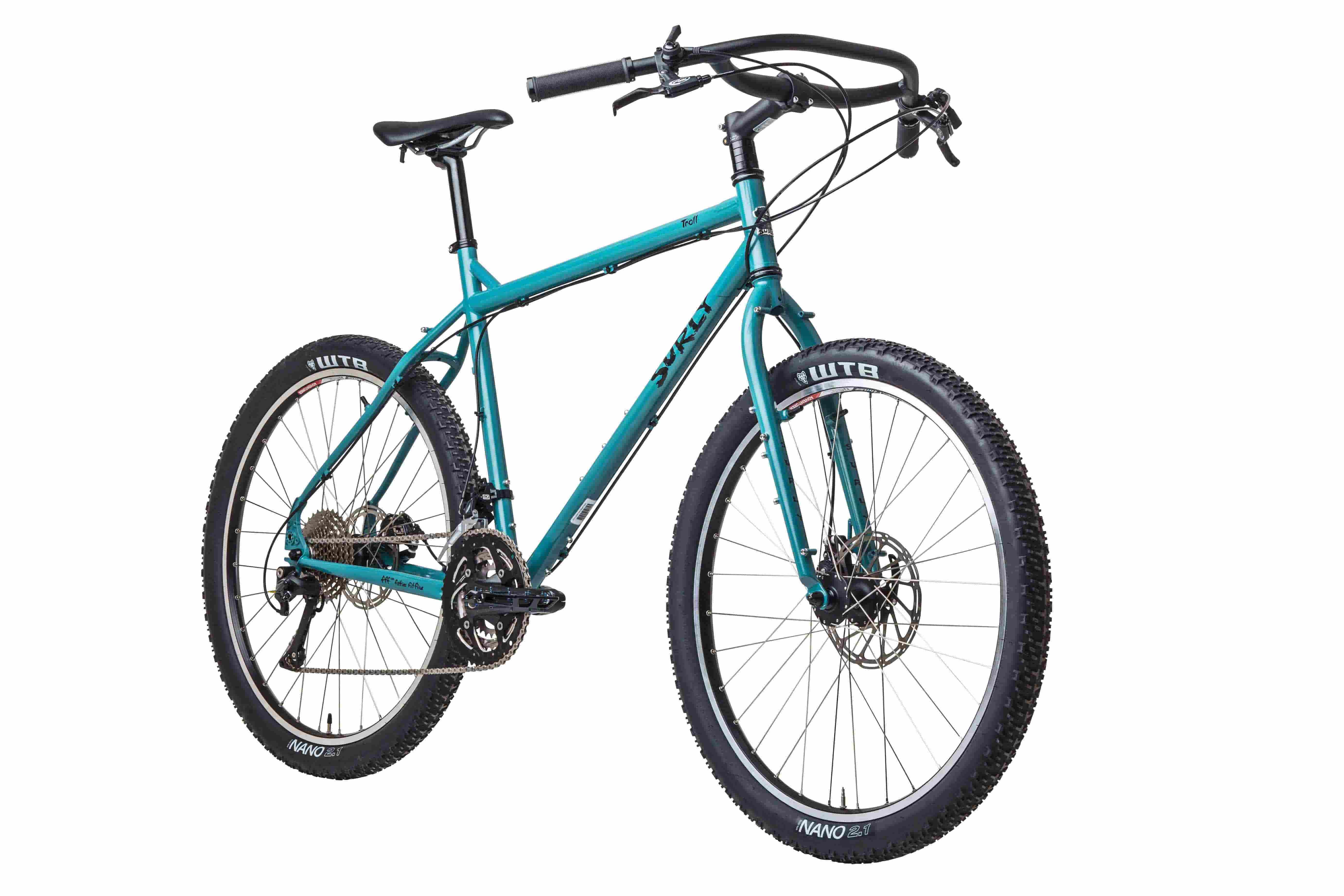 Behold, the new Karate Monkey SS. It's back and it's still awesome. Come to think of it, with the addition of our Modular Dropout System to this frame (it's spec'd with the 10 x 135mm horizontal track end chip), it is arguably more awesome than it has ever been. 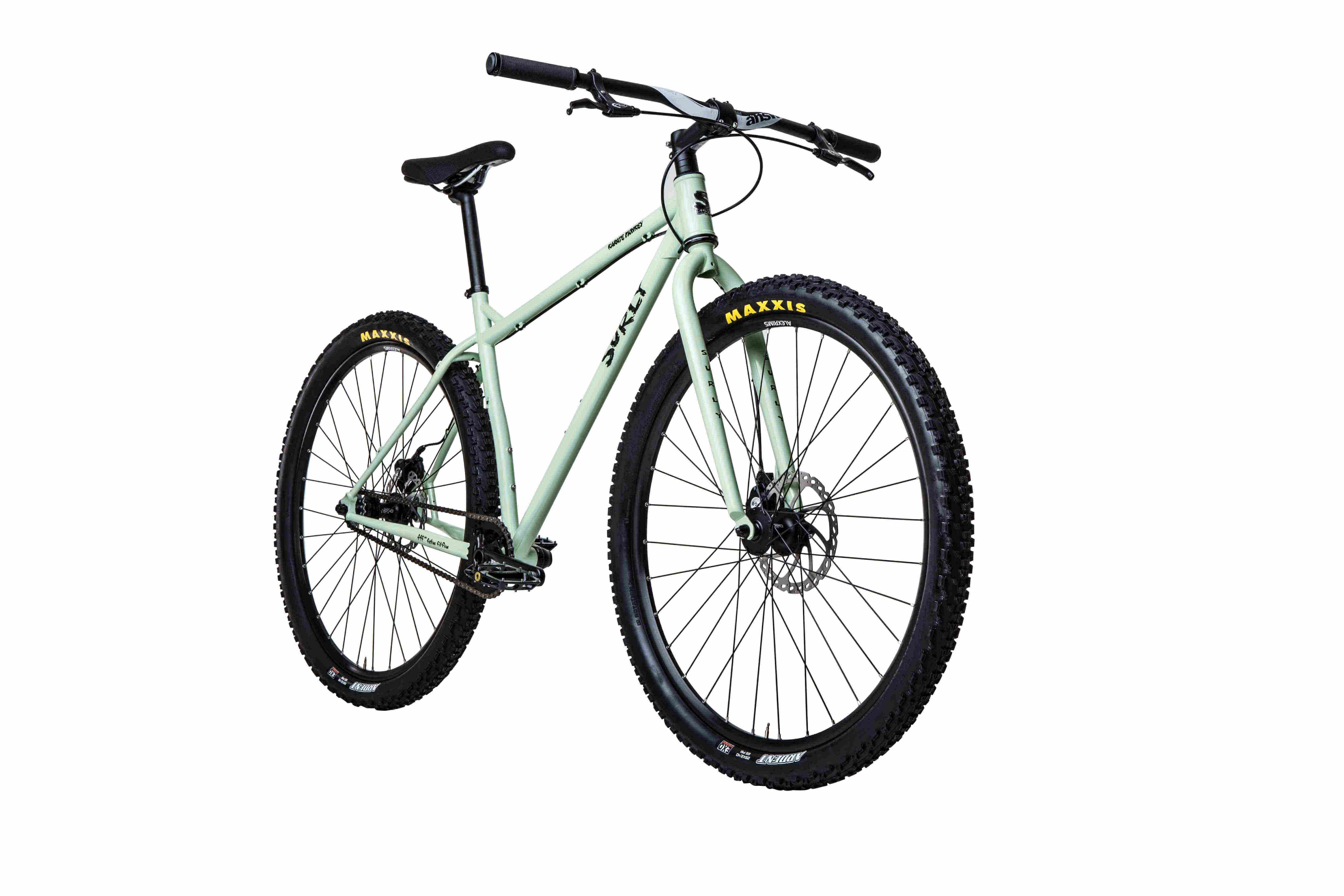 And since modern decorum dictates that you can't just ride your bike around without a shirt on, maybe you'll like one of these shirts enough to head to your local bike shop and buy one. We have everything in men's or women's cuts in all the sizes in which you'd expect to see a t-shirt. 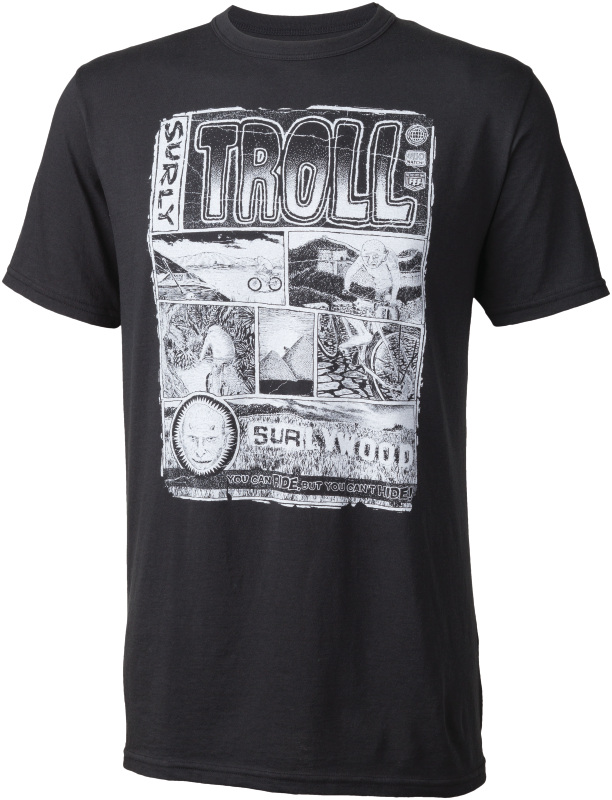 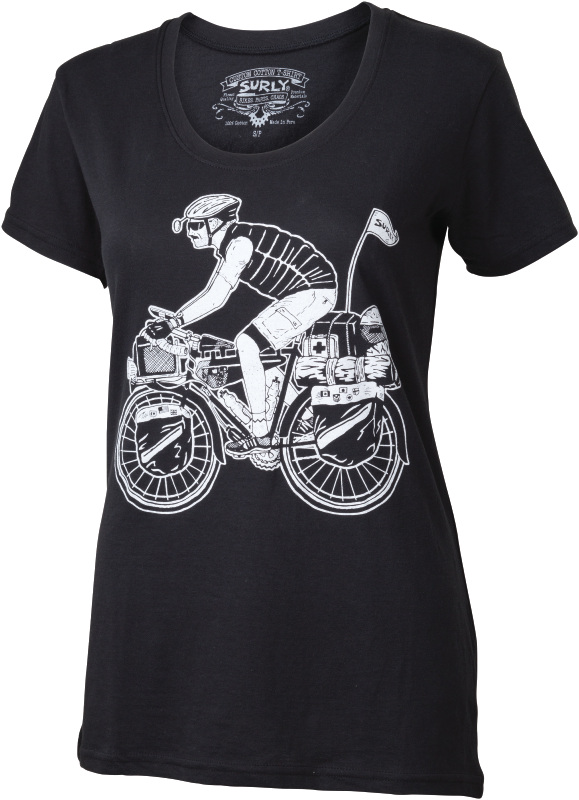 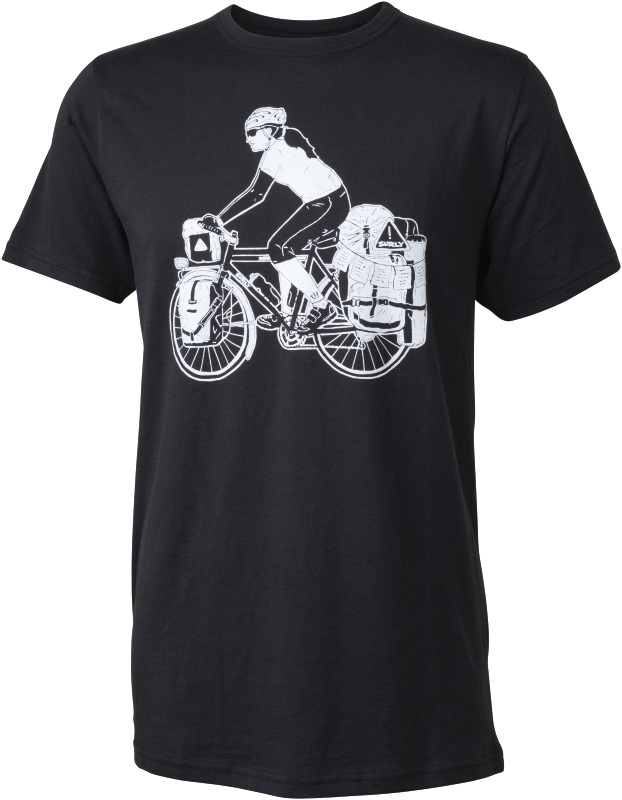